4 takeaways from Joe Biden’s sweep of Arizona, Florida and Illinois 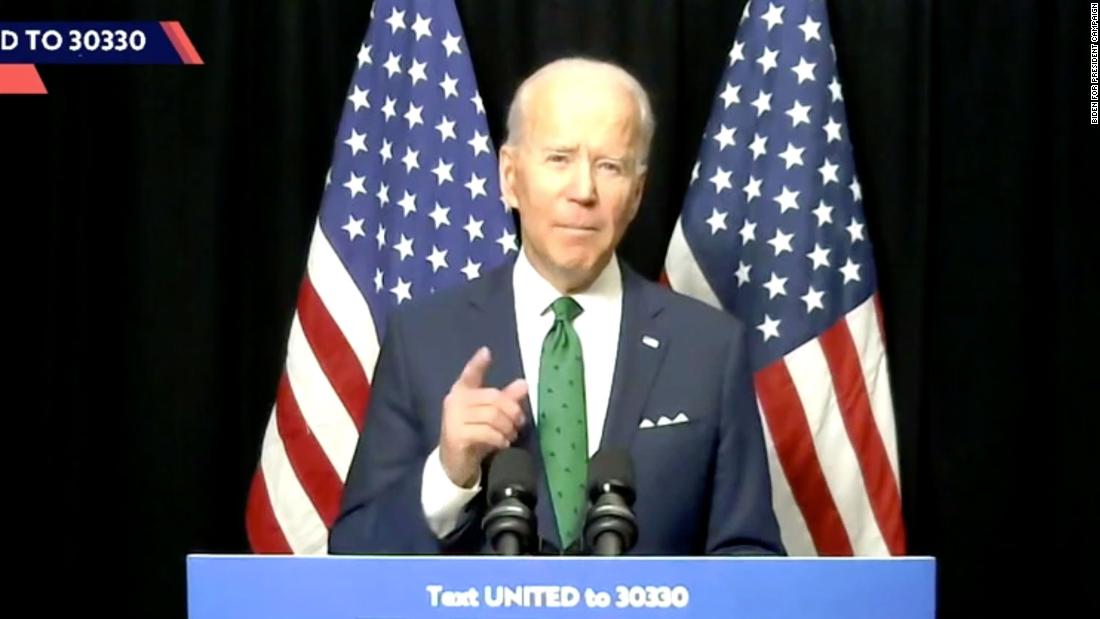 In a live-streamed video from his home in Delaware, Biden sounded like he believed what the delegate math makes clear: He had sewn up the Democratic nomination. He said he and Sanders share a “common vision” and told the Vermont senator’s young supporters: “I hear you.”
Visit CNN’s Election Center for full coverage of the 2020 race
At home in Vermont, Sanders spoke early in the night — before results were out — and didn’t address Tuesday’s elections at all. He was said to be weighing what would become of his movement if he exited the race: Would a new leader step in? Did he need to remain in the race to stay relevant and keep his leverage over the party’s platform?
Here are four takeaways from Tuesday’s primaries:

Biden is ready to pivot 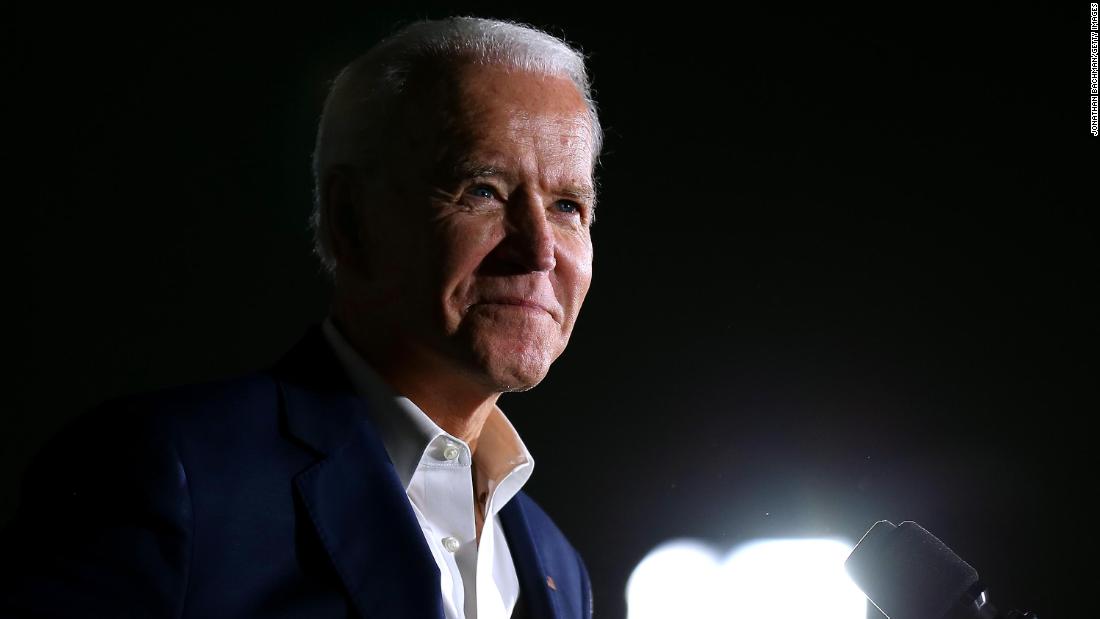 The coronavirus pandemic meant Biden couldn’t stage a large rally or deliver a raucous victory speech Tuesday night. Instead, in a live-stream from his home, he offered a message designed to bring the Democratic primary to its end and turn the party’s focus to taking on President Donald Trump.
Biden said he and Sanders “may disagree on tactics, but we share a common mission” on issues like health care, income inequality and climate change.
“Sen. Sanders and his supporters have brought a remarkable passion and tenacity to all of these issues, and together they have shifted the fundamental conversation in this country,” Biden said.
“So let me say especially to the young voters who have been inspired by Sen. Sanders: I hear you. I know what’s at stake. I know what we have to do. Our goal as a campaign and my goal as a candidate for president is to unify this party, and then to unify the nation.”
The speech was Biden’s most significant olive branch to Sanders and his supporters yet. It was both magnanimous and a message that reflected the former vice president’s current political reality: His lack of support from young voters is worrying for Democrats. Changing that reality would be easier with Sanders’ help. 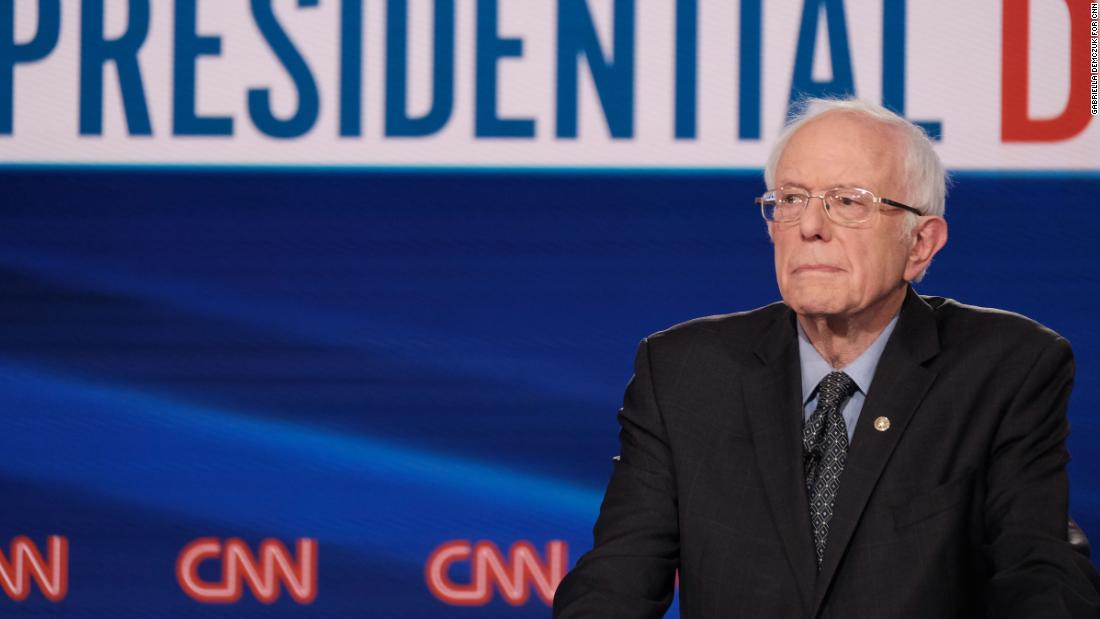 Sanders treated Tuesday night just like any other in this new environment brought on by the coronavirus pandemic.
The political reality for the Vermont senator was grim. But you wouldn’t have known it watching his livestream as election results ticked in: He entirely ignored Tuesday’s elections and instead focused on the need to support working families struggling to deal with the coronavirus.
“In this moment of crisis, it is imperative that we stand together,” Sanders said, adding that the nation needs to brace for “an economic meltdown that will impact tens of millions of workers in this country.”
And with that, Sanders was done for the night.

The spread of the coronavirus has largely pushed pause on the presidential primary. And though voting continued Tuesday, Sanders appeared eager to push pause, too, disregarding the reality that his chances of winning the Democratic nomination are dwindling rapidly.
Sanders backers argue that a key reason the senator needs to stay in the race is to push Biden to the left. But many Democrats, fearing a repeat of 2016’s lengthy primary, are itching for Sanders to bow out soon.
Sanders “needs to take a long, hard look at how and why he would stay in the race,” said Chris Meagher, a former top adviser to Pete Buttigieg, who backed Biden earlier this month. “And given how long he waited to drop out of the race in 2016, that pressure to drop out of the race when the writing is clearly on the wall is even greater.”
David Axelrod, a former top adviser to President Barack Obama, put a finer point on it on CNN: “This is over. It’s over. The election is over tonight.”

There were odd allies on Tuesday night, with operatives tied to Sanders celebrating Republican Gov. Mike DeWine’s decision to halt voting in Ohio amid the Centers for Disease Control and Prevention’s guidance to avoid gatherings of 50 people or more, effectively postponing the state’s primary.
“In this moment, in the midst of a pandemic where we know that millions of American lives are at risk, it feels like an abdication of Democratic leadership in this moment to carry forward,” Alexandra Rojas, the executive director of Justice Democrats, a progressive group that endorsed Sanders, said on CNN. “I think Ohio made a right call.”
The comment was notable, given the head of a top liberal organizing group was cheering a Republican governor. But it highlights how Sanders’ supporters repeatedly tried to use the spread of the coronavirus to question whether voting should have even taken place Tuesday, a strategic move that — in the eyes of many Democrats — had the aim of extending the primary.
Former Virginia Gov. Terry McAuliffe, a Biden supporter, quickly looked to squash Rojas’ argument.
“We didn’t delay voting during the Civil War. We didn’t do it during the 1918 pandemic. We didn’t delay at all during World War II,” McAuliffe said. “People want to exercise their constitutional right.”
Sanders himself questioned the prospect of people voting in the midst of the coronavirus, before people headed to the polls.
“I’m thinking about some of the elderly people sitting behind the desks, registering people, doing all that stuff,” the senator said on Sunday. “Does that make a lot of sense? I’m not sure that it does.”