Getting a new haircut is always exciting. It’s a chance to change up your style, sport a new look and show the world a “brand new you.”

For Phoebe Kannisto and her six sons, their latest haircuts were all part of a family effort to give back.

The mother of seven from Buffalo, New York, along with her six sons—10-year-old Andre, 8-year-old twins Silas and Emerson, and 5-year-old triplets Herbie, Reed and Dexter—decided to grow their hair out and donate it to Children With Hair Loss. 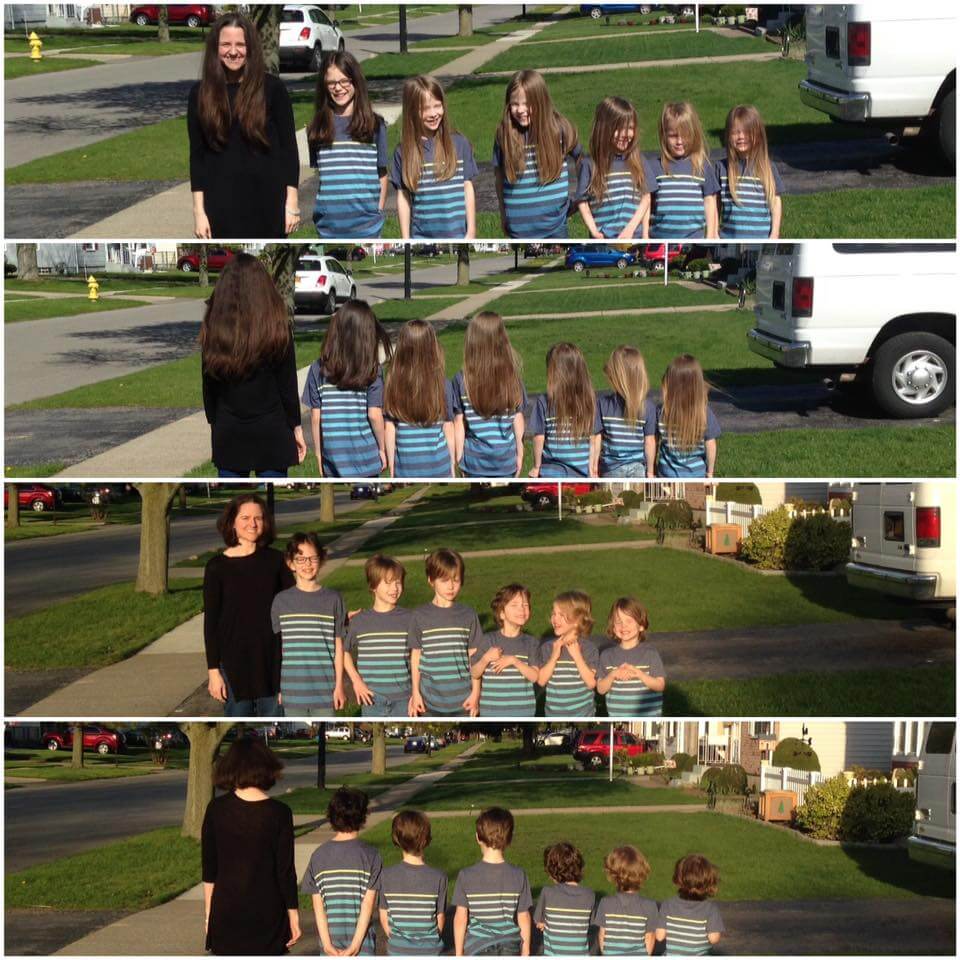 The organization provides hair replacements for kids who have suffered from medically related hair loss, and it’s one that the whole family holds near and dear to their hearts.

“Three years ago, my friend lost her son to cancer,” Phoebe told Huffington Post. “He was a twin and very close in age to my twins. On the first anniversary of his passing, my three oldest boys donated their hair in his memory.

Since their donation two years ago, our lives have continued to be touched by cancer. It’s everywhere. My boys want to help, and donating their hair is how they do it.”

Phoebe said she and all of the boys waited until everyone’s hair was the minimum donation length before heading to get their haircuts together. 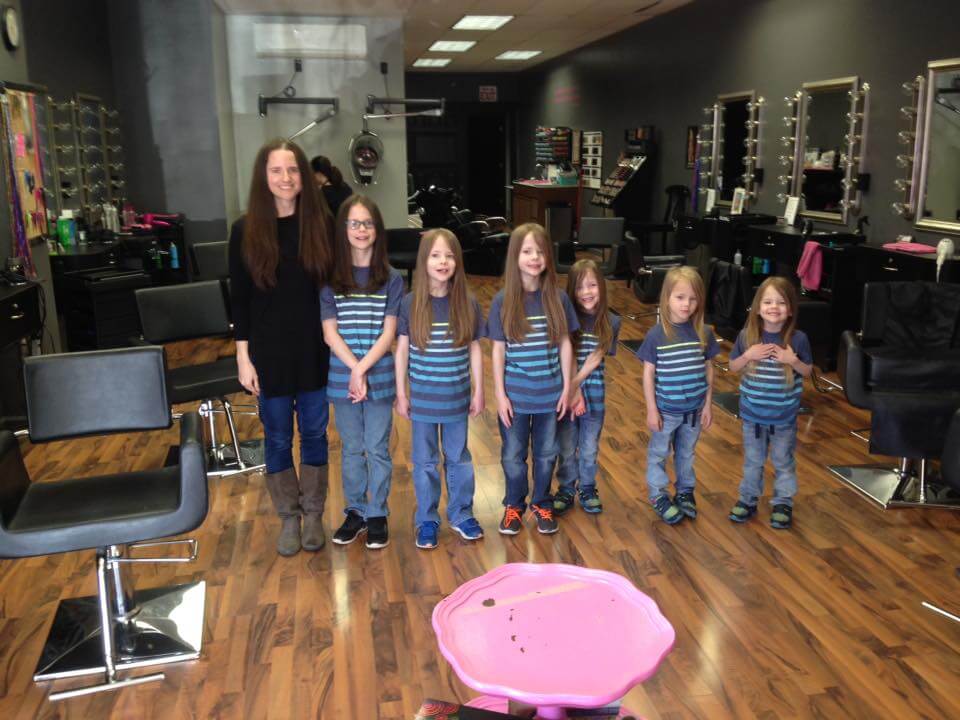 “Obviously, everyone’s hair grows at different rates,” she said. “So it took quite some time for everyone to be ready.”

Andre grew his hair out for a year, the twins grew theirs for two years, and the triplets have been growing theirs for their entire five years of life. 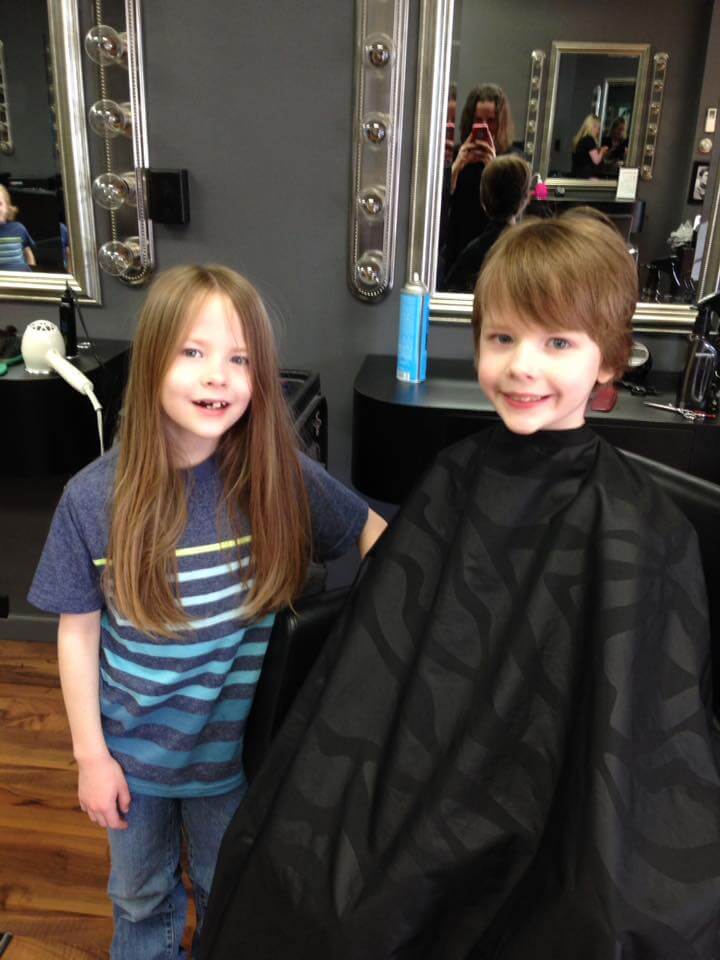 Hizair Hair Salon brought the family in after hours and did all of the haircuts free of charge.

“They insisted on donating their time since we were donating our hair.”

The boys have a two-year-old sister, Marah Taylor, whose hair wasn’t long enough to donate. She watched her big brothers in awe as each of them went from having the long hair she’s always known, to becoming un-recognizable with their new short ‘doos. 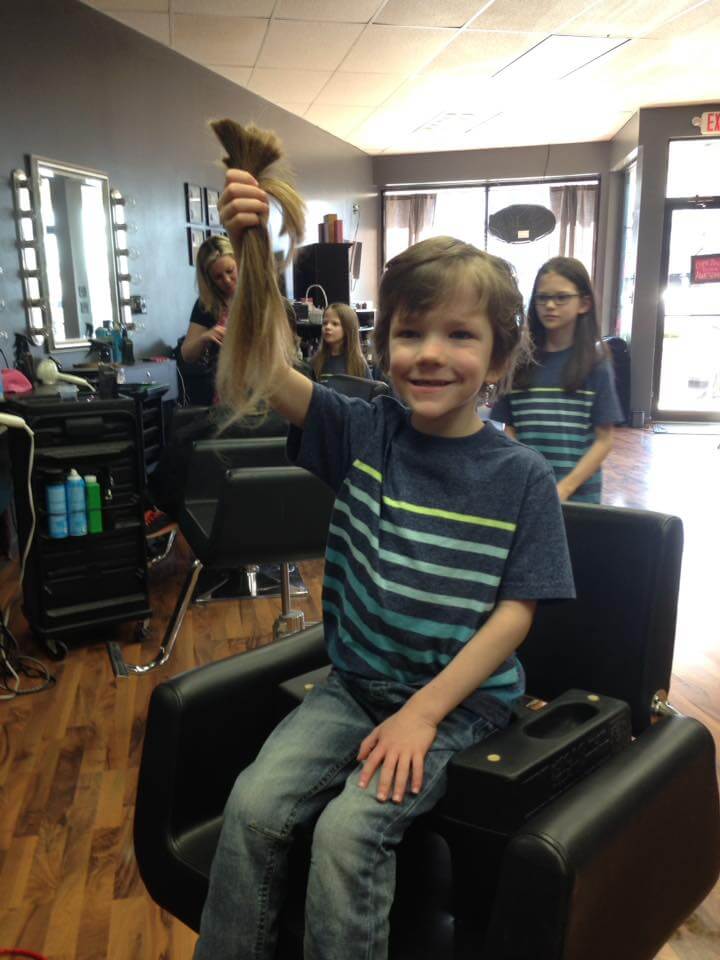 In total, the Kannisto klan donated more than 17 feet of hair to Children With Hair Loss, and they’ve already begun planning the next donation, which will include little Marah Taylor.

Phoebe said that her sons have been teased quite a bit for their long hair since deciding to grow it out and donate it.

“One son has been teased more than the others,” she said. “He and I have had many tear-filled conversations over the last several months. He explains the process of hair donation to his peers, and some of them just don’t get it.”

Fortunately, they’re all in this together. Phoebe says her sons have developed “a thick skin,” knowing that their “mission” is to help someone in need. 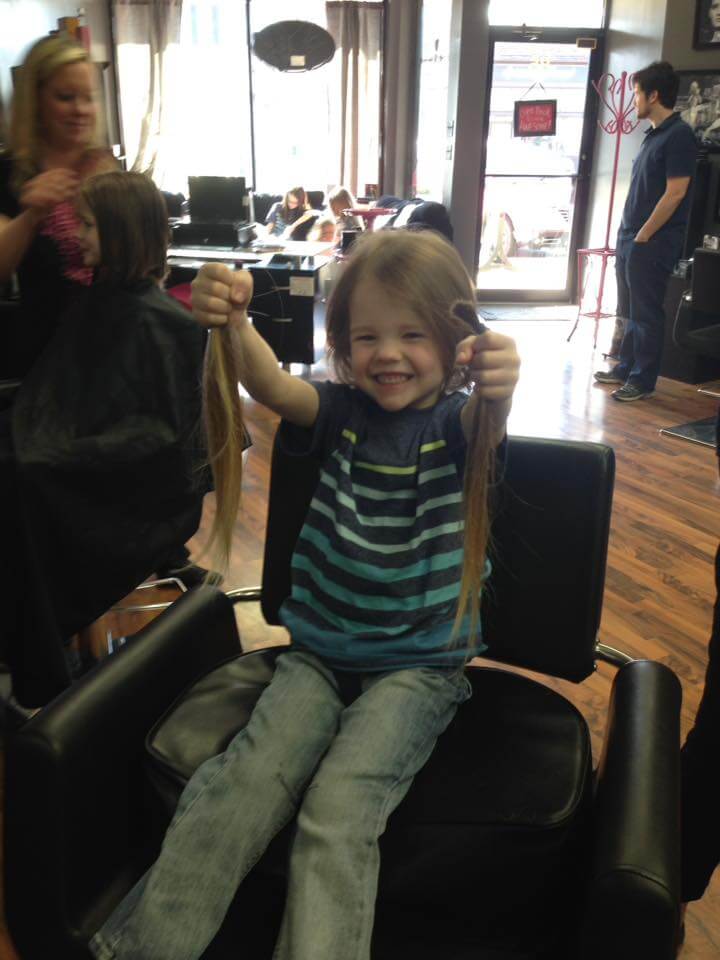 She says she couldn’t be more proud of her boys and the “amazing” role models they are to their little sister, and everyone they meet.

Kudos to you Kannisto boys! You are the GOOD we like to see in the world!

Visit Children With Hair Loss today to find out how you can make a difference too.