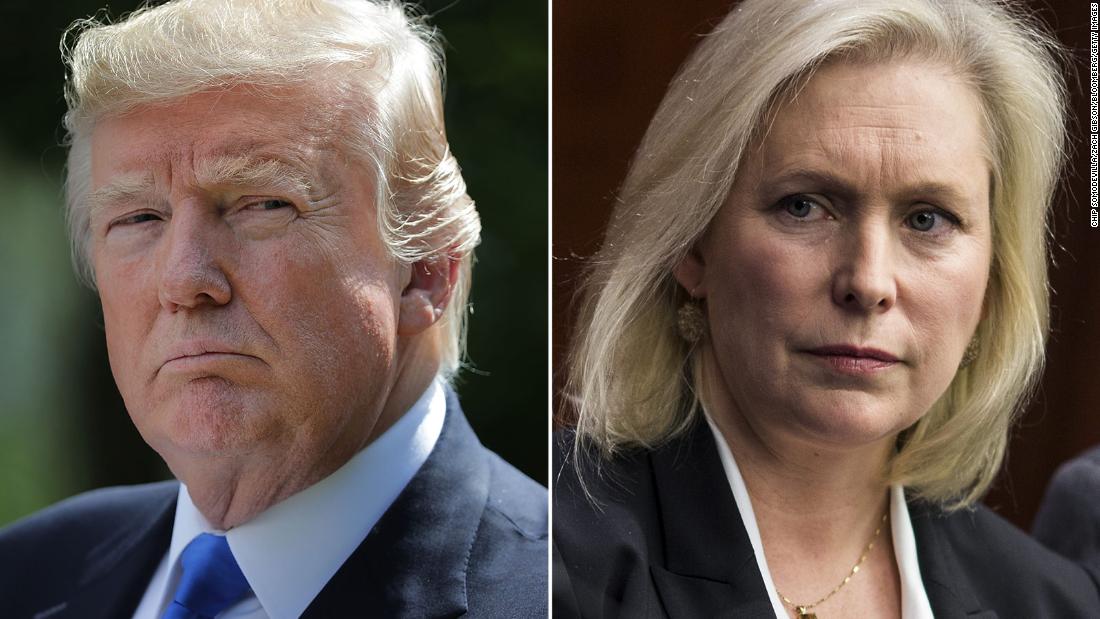 (CNN)In an attempt to beat back his own personal #metoo moment, President Donald Trump just made things worse for himself.

“Lightweight Senator Kirsten Gillibrand, a total flunky for Chuck Schumer and someone who would come to my office ‘begging’ for campaign contributions not so long ago (and would do anything for them), is now in the ring fighting against Trump. Very disloyal to Bill & Crooked-USED!”
Focus specifically on that parenthetical statement: “(and would do anything for them).” Trump is referring to the fact that he says Gillibrand, a New York senator and potential 2020 candidate, asked him for campaign contributions when he was a private citizen. That she is now calling on him to resign due to the allegations of sexual harassment against him is, in Trump’s mind, the height of hypocrisy.
But, why those words? And why use those words right after emphasizing that Gillibrand was “begging” for contributions?
“Are you really trying to bully, intimidate and slut-shame @SenGillibrand?,” asked Massachusetts Democratic Sen. Elizabeth Warren in a tweet Tuesday morning. “Do you know who you’re picking a fight with? Good luck with that, @realDonaldTrump. Nevertheless, #shepersisted.” 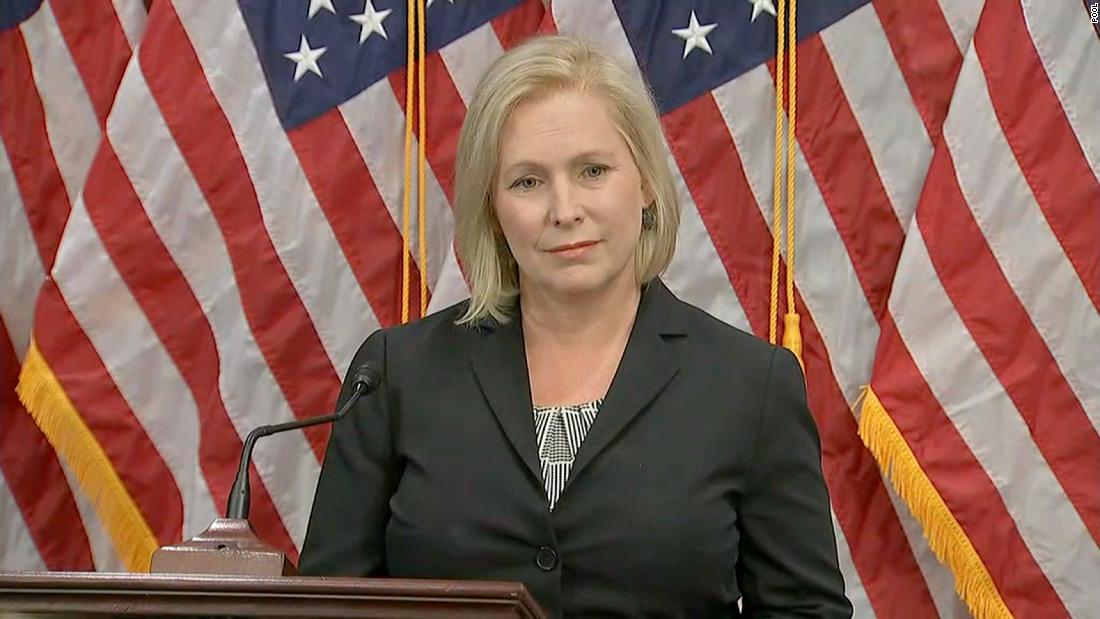 Connecticut Sen. Richard Blumenthal, another Democrat, told a group of reporters on Capitol Hill Tuesday that Trump’s tweet amounted to a “sexist slur that disgraces the office and diminishes the presidency.”
Rep. Eric Swalwell, D-California, called Trump’s tweet “ugly and suggestive.”
“We all know what he was trying to say there,” Swalwell told CNN. “He put ‘begging’ in quotes.”
Trump didn’t respond directly to Warren’s assertion that his language was meant to send a very clear signal about exactly what Gillibrand was willing to do for a campaign contribution. He ignored a shouted question from CNN”s Jim Acosta at a press availability shortly after noon.
White House press secretary Sarah Sanders said that “only if your mind is in the gutter would you have read it that way” regarding Democrats’ interpretation of Trump’s tweet.
To which I would respond: So what did Trump mean by saying that Gillibrand “would do anything for them” when it came to campaign contributions? Particularly in light of the fact that he described her as “begging” for the money?
I read the tweet a bunch of times trying to find a credible answer to those questions. And here’s the best I came up with: Trump meant that Gillibrand was willing to do anything — in the context of politics and policy — to get money from him. That she might even be willing to stretch the rules because she was so desperate for campaign contributions.
I mean, I guess.
But what this tweet actually does is what has become a defining principle of Trumpism: It exists in a gray area that flicks at some of our darker impulses while not doing so in a totally blatant way.
Was Trump making a sexual reference when he told a crowd in March 2016 that Mitt Romney “would have dropped to his knees” to secure Trump’s endorsement in 2012? Or was that just an accidental choice of words?
Was Trump mocking a disabled New York Times reporter — or was he simply making odd, jerky arm motions? Was he suggesting that a judge of Mexican heritage couldn’t give him a fair ruling because of his views on the wall — or just noting Gonzalo Curiel’s heritage to provide needed context? Is that context needed? Was he joking when he asked Russia to find the 30,000 emails Clinton deleted from her private server or was he deadly serious? Is he playing with racial animus when he talks about NFL players’ refusal to stand for the National Anthem? Or is his critique entirely color-blind?
There are a hundred more examples of Trump seemingly sending a message in a quote or a tweet but giving himself just enough plausible deniability to ensure it can never, 100% be proven that that is what he is doing.
The Tuesday morning tweet falls right into that long line. Trump and his associates will deny it was about slut-shaming or gender at all. But to believe that requires overlooking the clear intent of the words Trump used in the tweet.