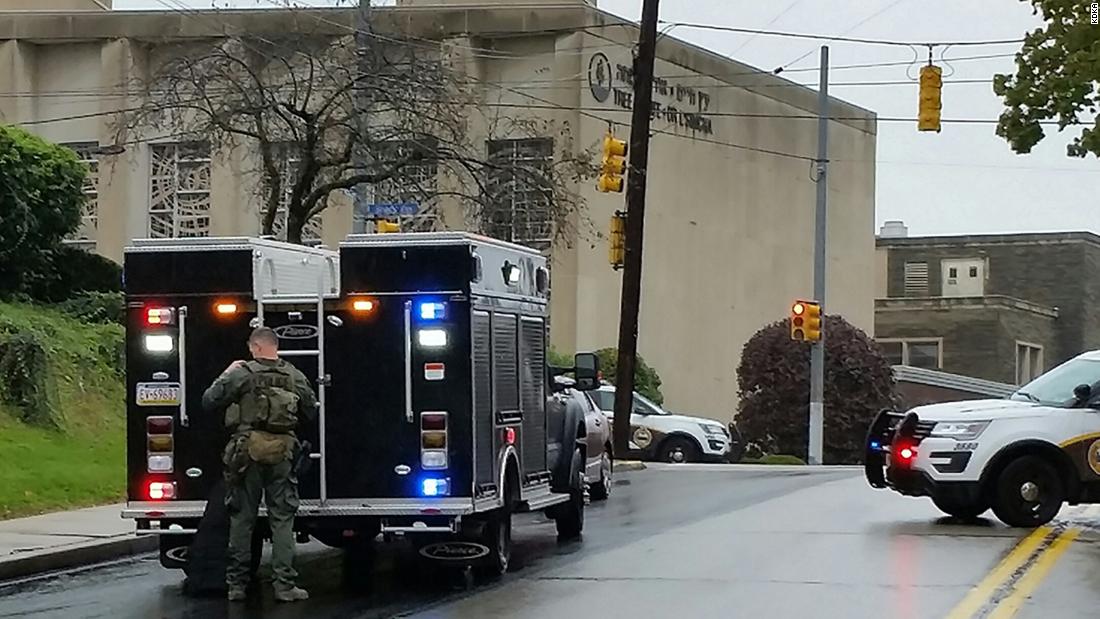 (CNN)Consider the past week in America.

After mail bombs were being sent to people who’d been criticized by the President, a suspect was arrested Friday — a man who had railed against Democrats and minorities with hate-filled messages online.
And Saturday morning, a man shouting anti-Semitic slurs opened fire at a Pittsburgh synagogue, killing 11 people attending Jewish services.
Those three incidents in 72 hours shared one thing: hate.
“It’s a terrible, terrible thing what’s going on with hate in our country and frankly all over the world,” President Donald Trump told reporters Saturday before boarding Air Force One for a flight to a political rally in Indiana.

Death in the grocery store

He tried first to enter a church in Jeffersontown, Kentucky, just outside of Louisville. It was the predominantly black First Baptist Church, and Gregory Bush allegedly banged on the door and tried to pull it open, CNN affiliate WDRB reported. 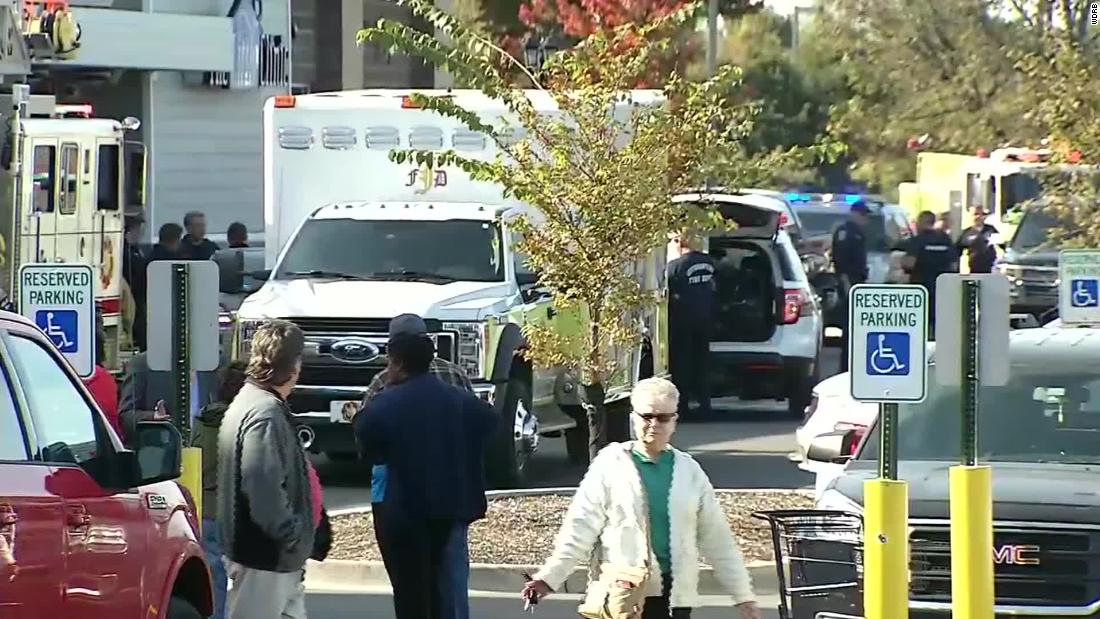 Bush, a 51-year-old white man, didn’t manage to get inside. The doors were locked.
Bush then headed to a Kroger store, where he allegedly shot two people, both African-American. The first victim was Maurice Stallard, 69, who was with his 12-year-old grandson buying a poster board for a school project. The second was Vickie Jones, 67, killed in the parking lot as Bush fled. 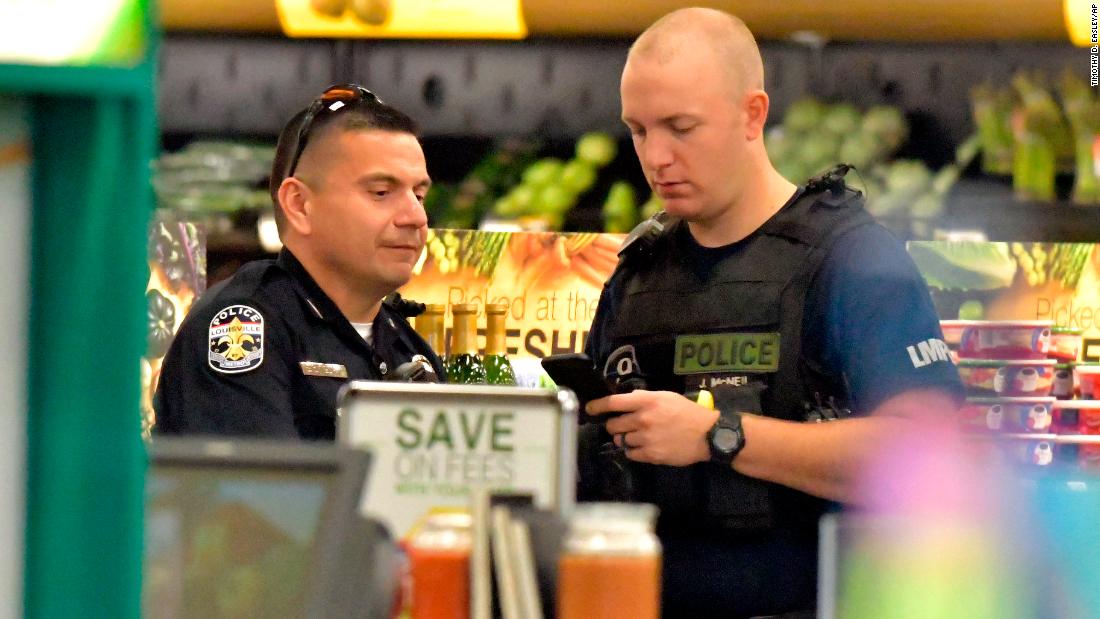 “I’m just sick and heartbroken and quite angry. I feel that way about any act of violence and cruelty,” said Louisville Mayor Greg Fischer.
Bush has a history of mental illness, made racist threats and repeatedly called his ex-wife the N-word, according to court records, WDRB reported. He has a lengthy criminal record that includes domestic violence, the station reported.
Jeffersontown Mayor Bill Dieruf said it shook the community, which values its sense of family. 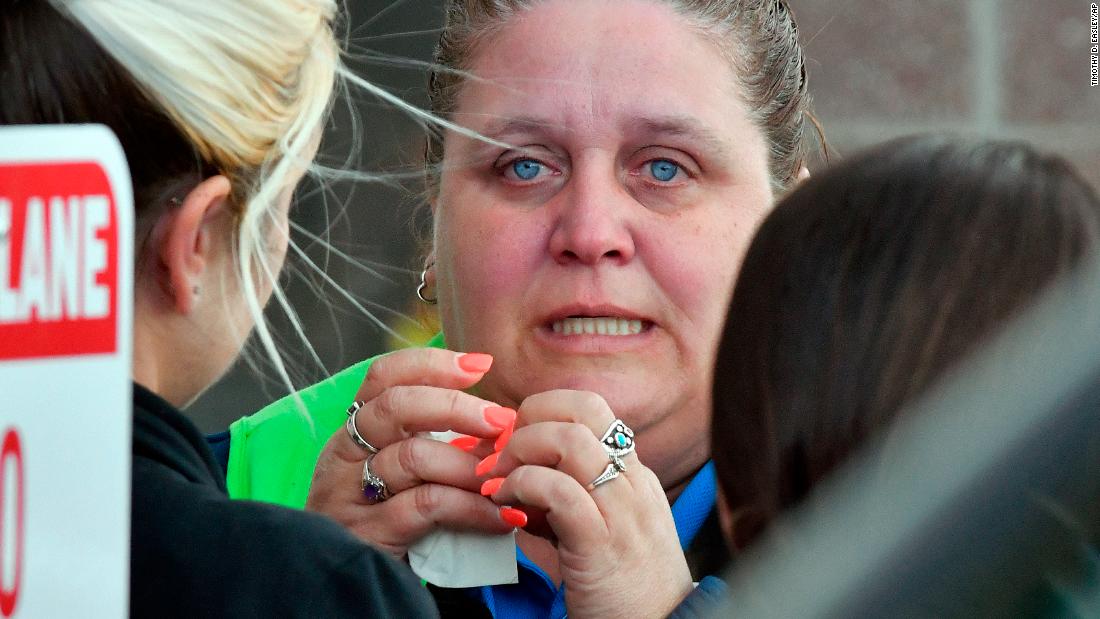 “We are kindred spirits no matter our walk of life or how we worship or what we look like. We take pride in that,” he said.
Bush is in custody and faces potential civil rights violations, such as hate crimes, the US attorney for the Western District of Kentucky, Russell Coleman, said Friday.
“The murders are not being taken lightly by the United States government,” Coleman said.

Terror in the mail

When the Kentucky shooting happened, the nation was getting nervous about an increasing number of suspicious packages being sent through the mail.
The first one was discovered Monday afternoon at the home of liberal campaign donor and billionaire George Soros. Wednesday morning, the Secret Service said two more had been found — one addressed to former Secretary of State Hillary Clinton, and another to former President Barack Obama. 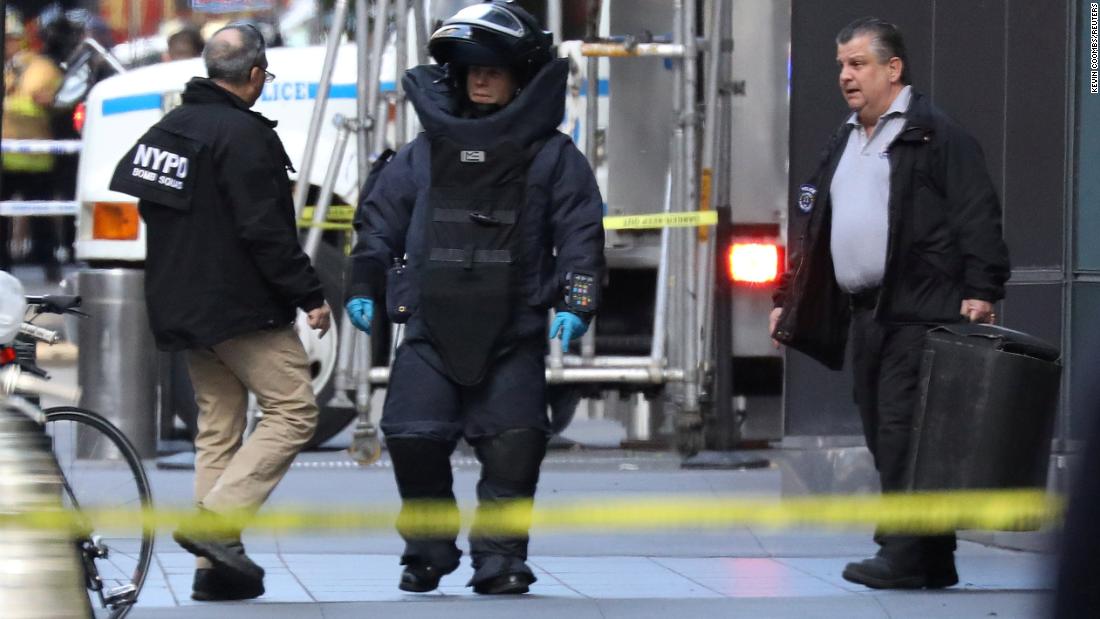 Four more would be found before the end of the day — including one sent to CNN’s New York bureau, prompting the evacuation of the entire building, Time Warner Center.
The package sent to CNN — the first of two — was addressed to former CIA Director John Brennan. 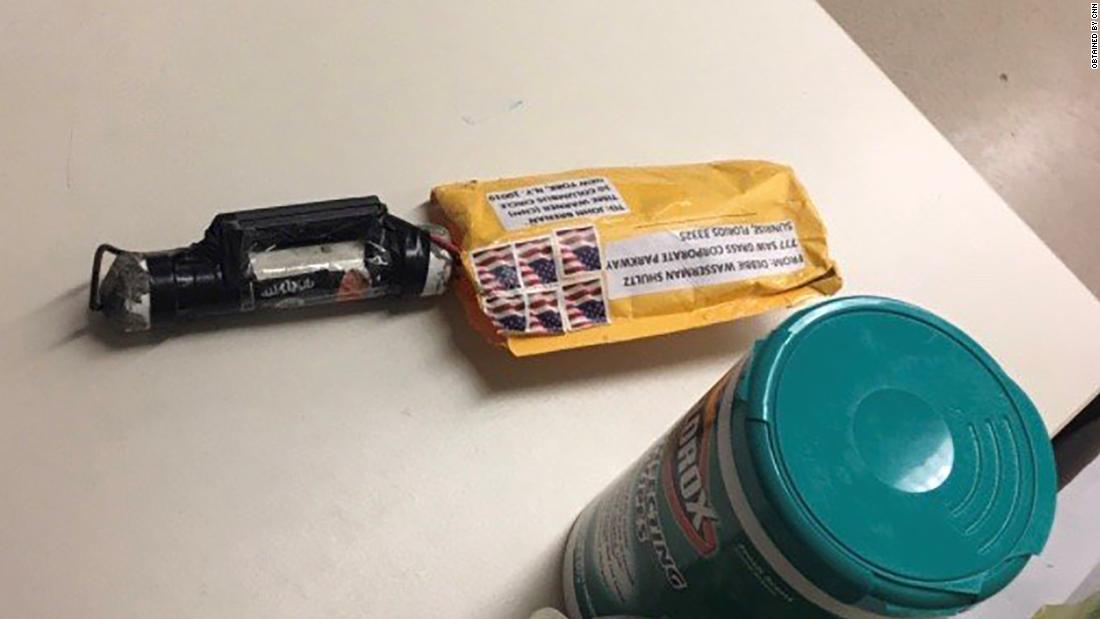 On Friday came word of more packages, and then an arrest — a 56-year-old Florida man named Cesar Sayoc. Federal authorities said he mailed a total of 14 packages containing pipe bombs, none of which detonated, but all of which were real.
Sayoc’s political inclinations were passionately displayed for everyone to see. His white Dodge van was plastered with pro-Trump messages and stickers showing prominent liberals in crosshairs. A sticker reading “CNN Sucks” was also on the van. 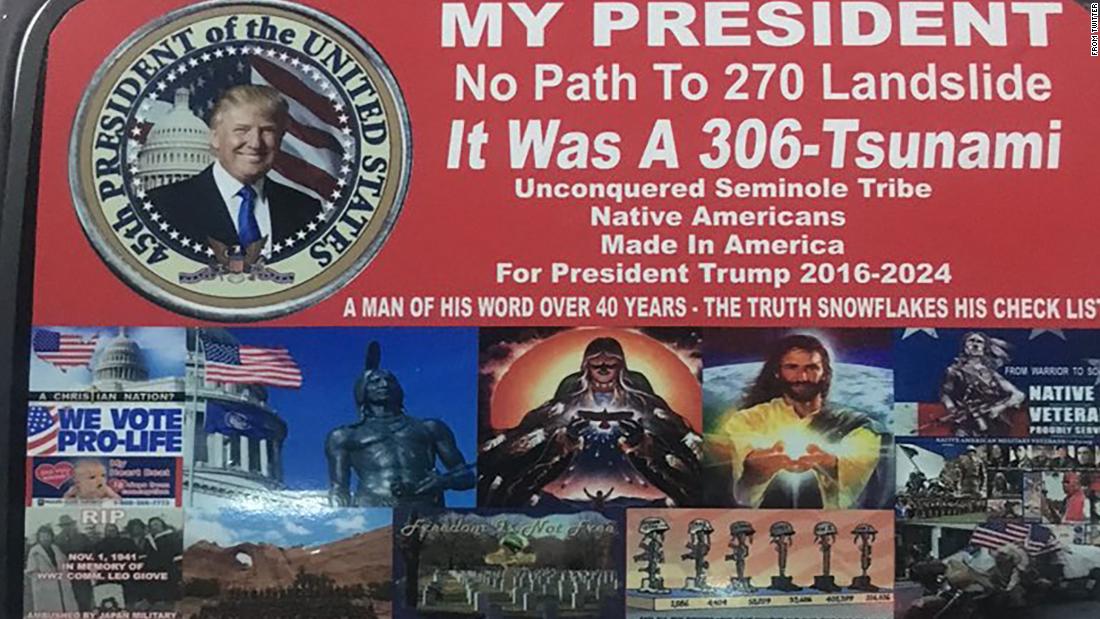 A former boss said Sayoc called himself a white supremacist. Online, with two accounts on Facebook and three on Twitter, Sayoc often posted provocative photos and memes attacking liberals, along with conspiracy theories.

Massacre in a synagogue

Saturday morning brought news of a mass shooting at a Pittsburgh synagogue, where congregants had gathered for services.
A man shouting anti-Semitic slurs ran inside the Tree of Life synagogue in the close-knit neighborhood of Squirrel Hill and opened fire, killing 11 people. Six people were injured in the attack, but it left many more hurting. 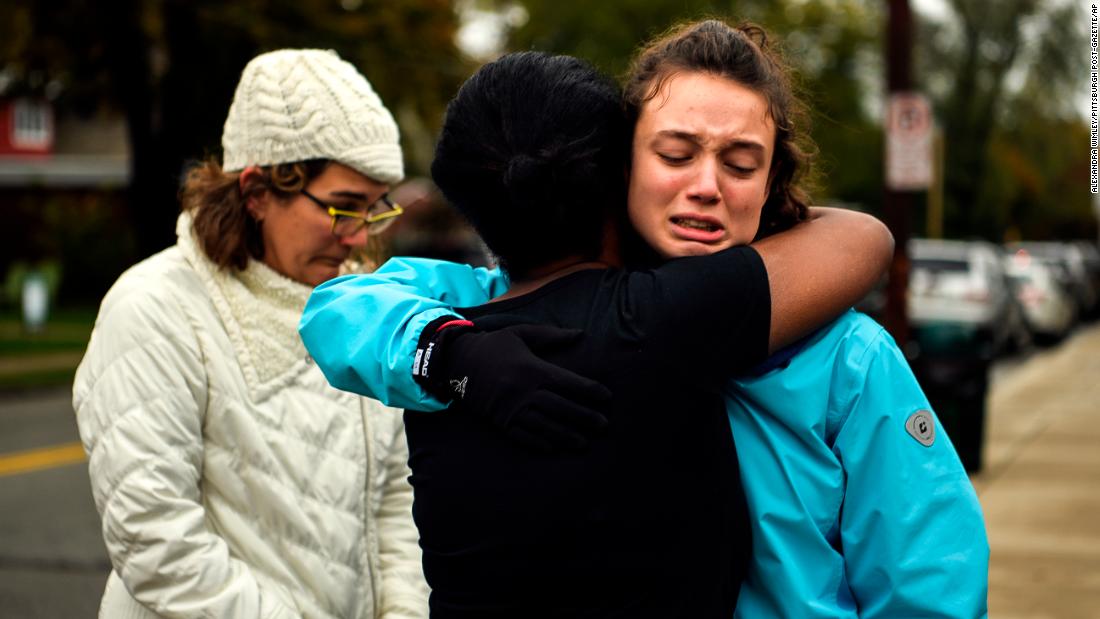 “This is an absolute tragedy,” Pennsylvania Gov. Tom Wolf said in a tweet. “These senseless acts of violence are not who we are as Americans.”
Robert Bowers, 46, was identified as the gunman and arrested. He had frequently expressed his disdain for Jews on social media, a federal law enforcement official said.
Social media posts targeting Jews that are believed to have come from Bowers are a focus of the investigation, a federal law enforcement official told CNN. 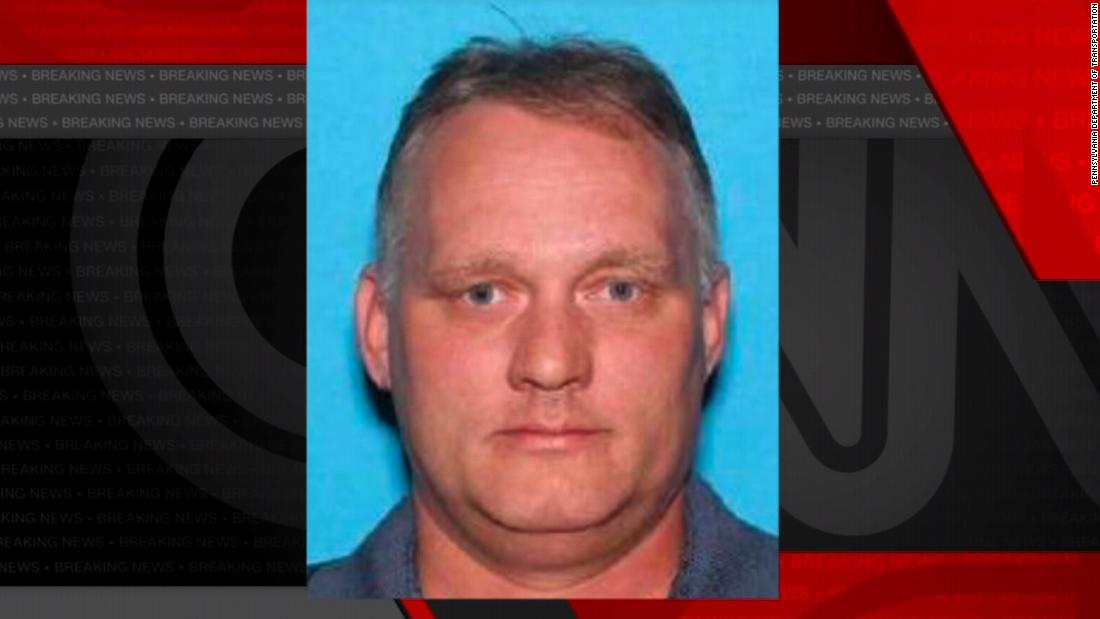 Shortly before the shooting, in an account on the Gab social media platform that authorities are investigating, the suspect is believed to have posted that he “can’t sit by and watch my people get slaughtered. Screw your optics, I’m going in.”
A law enforcement source told CNN that investigators believe that other anti-Semitic posts on a Gab account belong to Bowers. The language on the account matches the suspected motivation behind the shootings, the source said. 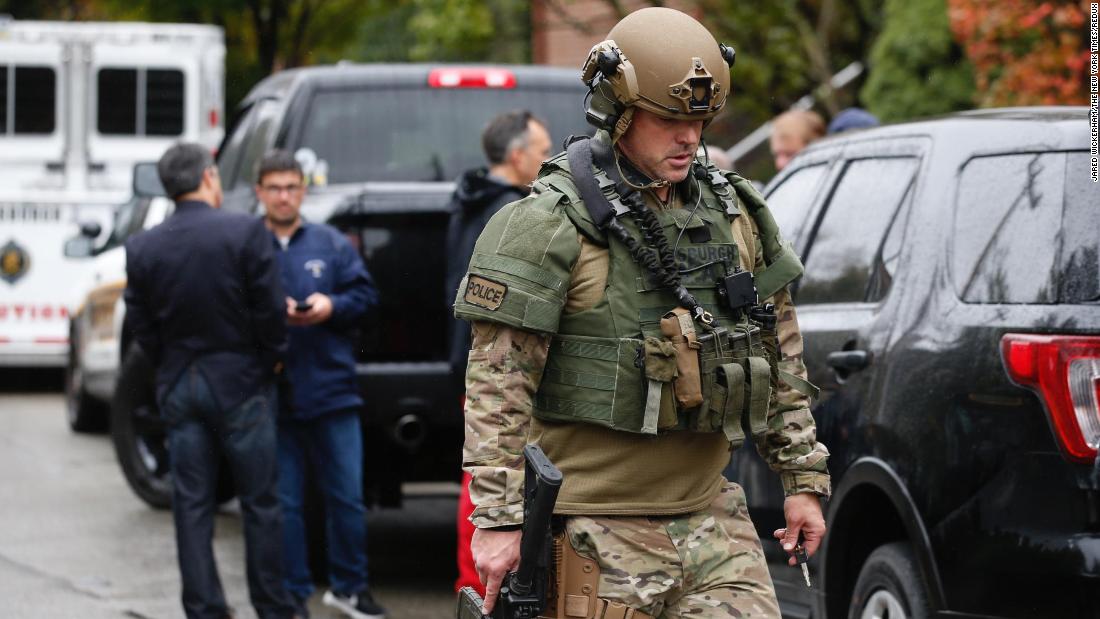 In one post, Bowers wrote, “HIAS likes to bring in invaders that kill our people,” referring to a Jewish refugee advocacy group that held a National Refugee Shabbat last weekend.
Bowers also posted xenophobic content, claiming Jews were helping transport members of the migrant caravans in Latin America.
US Attorney General Jeff Sessions said Bowers now faces hate crime and other federal charges that could lead to the death penalty.
“Hatred and violence on the basis of religion can have no place in our society,” Sessions said. “These alleged crimes are reprehensible and utterly repugnant to the values of this nation.”

Trump told reporters at Joint Base Andrews in Maryland that the shooting in Pittsburgh was a “terrible, terrible thing.” 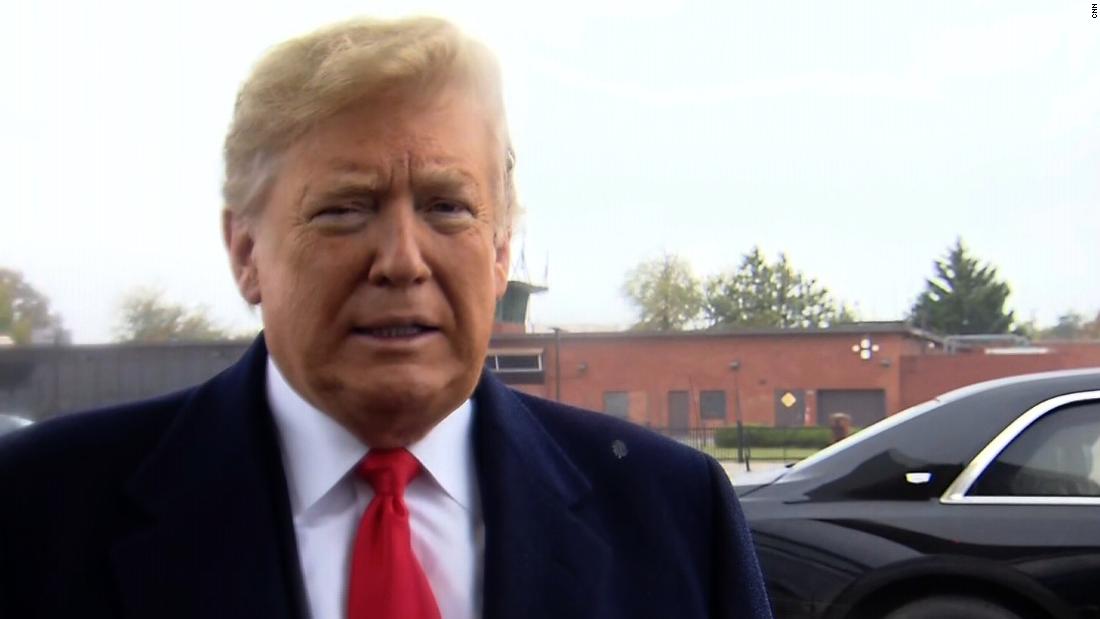 Trump: Shooting had little to do with gun laws

He offered support and sympathy in messages on Twitter, saying “All of America is in mourning” following the massacre.
“This evil Anti-Semitic attack is an assault on humanity. It will take all of us working together to extract the poison of Anti-Semitism from our world. We must unite to conquer hate,” the President wrote.
Sessions promised to “bring the full force of the law against anyone who would violate the civil rights of the American people.”
Hundreds gathered for a vigil Saturday night in Squirrel Hill to mourn the victims of the synagogue shooting and show support for the Jewish community, CNN affiliate KDKA said.
“We all have so much more in common than we have to differentiate us, and I think nights like tonight remind us of that,” Jeremy Blanche-Schwartz, who attended the service, told the station.
An interfaith service also took place at Sixth Presbyterian Church in Squirrel Hill on Saturday night, KDKA reported.
Mourning will continue as communities all over the country wake up Sunday to practice their faith. They’ll watch football games — the Pittsburgh Steelers have a home game Sunday — and the crucial Game 5 of the World Series.
Sunday morning talk shows will try to dissect the events of the past week and what it will mean for America’s future.
But the victims will relive the tragedies long after those hate-filled 72 hours.