Alleged Isis member on trial in Germany for genocide and murder

Man accused of taking part in crimes against the Yazidis, including killing a five-year-old girl 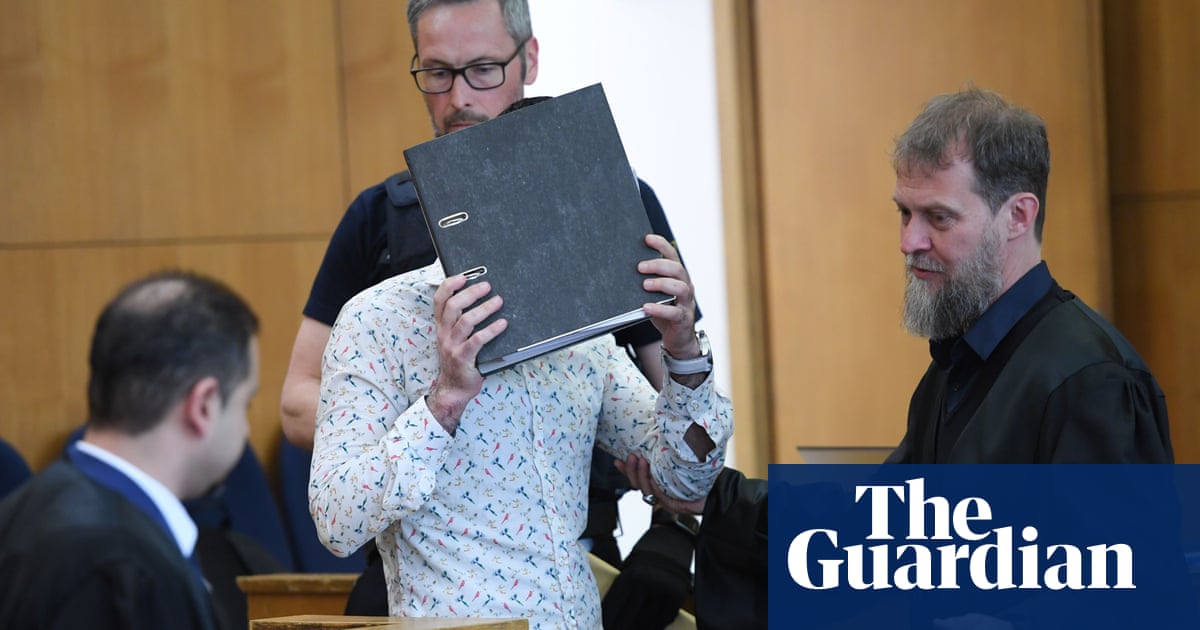 An Iraqi man has gone on trial in Frankfurt for genocide, murder, war crimes and crimes against humanity, on allegations that as an Islamic State (Isis) member he was part of an effort to exterminate the Yazidi religious minority, and that he killed a five-year-old girl he purchased as a slave by chaining her in the hot sun to die of thirst.

Taha Al-J, 27, whose full last name wasnt given in line with German privacy laws, faces life in prison if convicted.

No pleas are entered in the German system and Al-J declined to give any opening comment to the panel of judges hearing the case other than to confirm his identity as the trial opened.

Al-Js wife, a German convert to Islam identified as 28-year-old Jennifer W, has been on trial separately since last April on charges of murder, war crimes and membership in a terrorist organisation.

Al-J was arrested last May in Greece and extradited to Germany in October. According to the indictment, he was an active member of Isis from 2013 to 2019 in Syria, Iraq and Turkey.

In 2015, Al-J bought a Yazidi woman and her five-year-old daughter as slaves at an Isis base in Syria, prosecutors allege. The two had been taken as prisoners by the militants in northern Iraq at the beginning of August 2014, and had been sold and resold several times as slaves by the group already.

The United Nations has called the assault on the Yazidis ancestral homeland in northern Iraq in 2014 a genocide. Of the thousands captured by Isis, boys were forced to fight for the extremists, men were executed if they didnt convert to Islam and often executed in any case and women and girls were sold into slavery.

After purchasing the woman and her daughter, Al-J took the two to his household in the Iraqi city of Fallujah and forced them to keep house and to live according to strict Islamic rules, while giving them insufficient food and beating them regularly to punish them, according to the indictment.

Near the end of 2015, Al-J chained the girl to the bars of a window in the open sun on a day where temperatures reached 50C (122F) and she died from the punishment, according to the indictment. Prosecutors in the case against Al-Js wife said the punishment was carried out because the five-year-old had wet the bed.

The charges against Jennifer W are based partially on the allegation that she did nothing to help the girl.

The Yazidi girls mother, who survived captivity, testified at Ws trial and is also expected to appear as a witness at the trial of Al-J, according to the court.

W grew up in Lower Saxony as a Protestant and converted to Islam in 2013.

She is alleged to have made her way to Iraq through Turkey and Syria in 2014 to join Isis. In 2015, as a member of the extremist groups morality police, she patrolled parks in Fallujah and Mosul armed with an assault rifle and a pistol as well as an explosive vest, looking for women who did not conform with its strict codes of behaviour and dress, prosecutors said.

She taken into custody when trying to renew her identity papers at the German embassy in Ankara, Turkey in 2016, and deported back to Germany.

The trial against her husband is scheduled to resume 27 April.