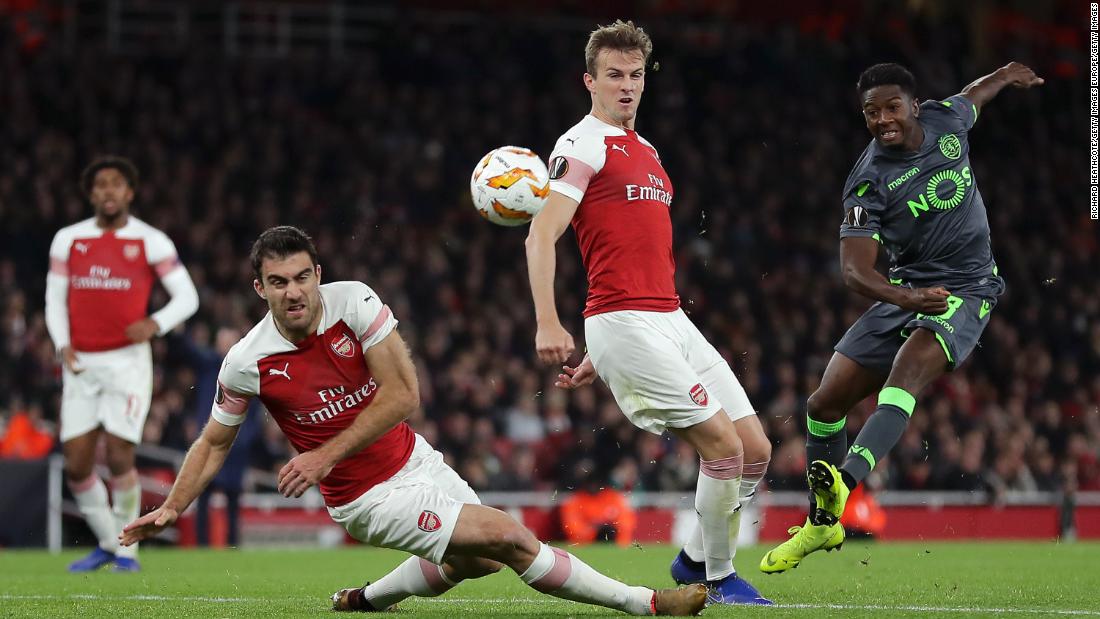 (CNN)England’s big guns have progressed to the last 32 of the Europa League — Arsenal drawing 0-0 with Sporting Lisbon while fellow London club Chelsea ensured its progress with a narrow 1-0 win over BATE Borisov.

The Gunners’ goalless draw in London, while securing a spot in the knockout round, was marred when England striker Danny Welbeck was stretchered off before half time with what coach Unai Emery said was a suspected “serious (ankle) injury.” 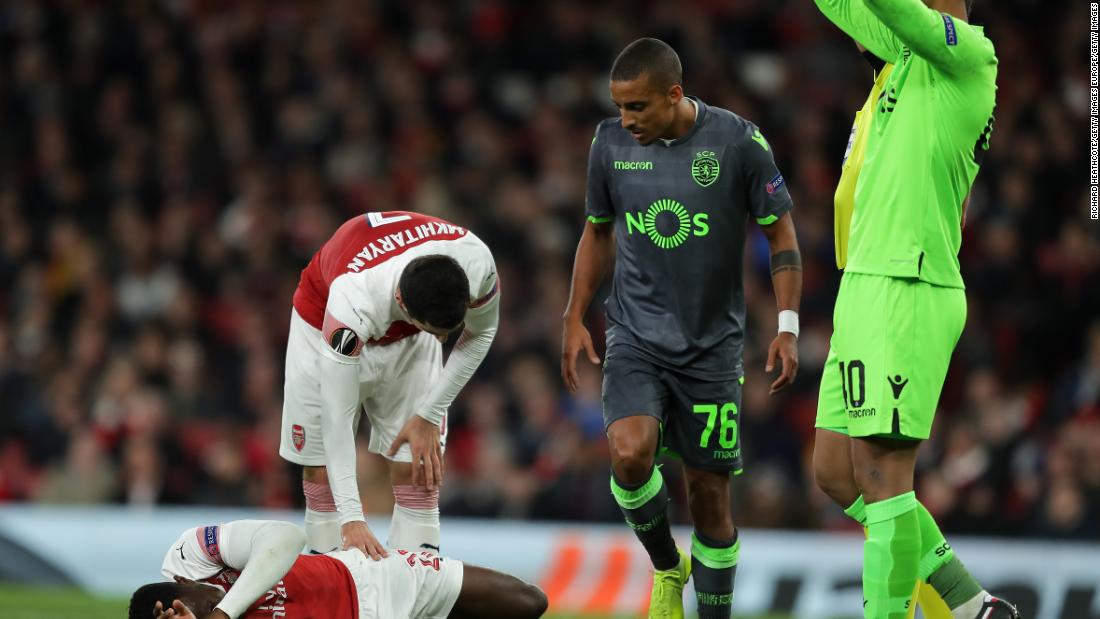 The draw continues the London team’s undefeated run, which now stretches to 14 — although the team’s last three results, against Crystal Palace and Liverpool in the league, and now Sporting in Europe have been draws.
Regardless, the mood in the dressing room is positive. Summer signing Matteo Guendouzi said after the match that the team had been welcoming, and collectively are “playing good football.” 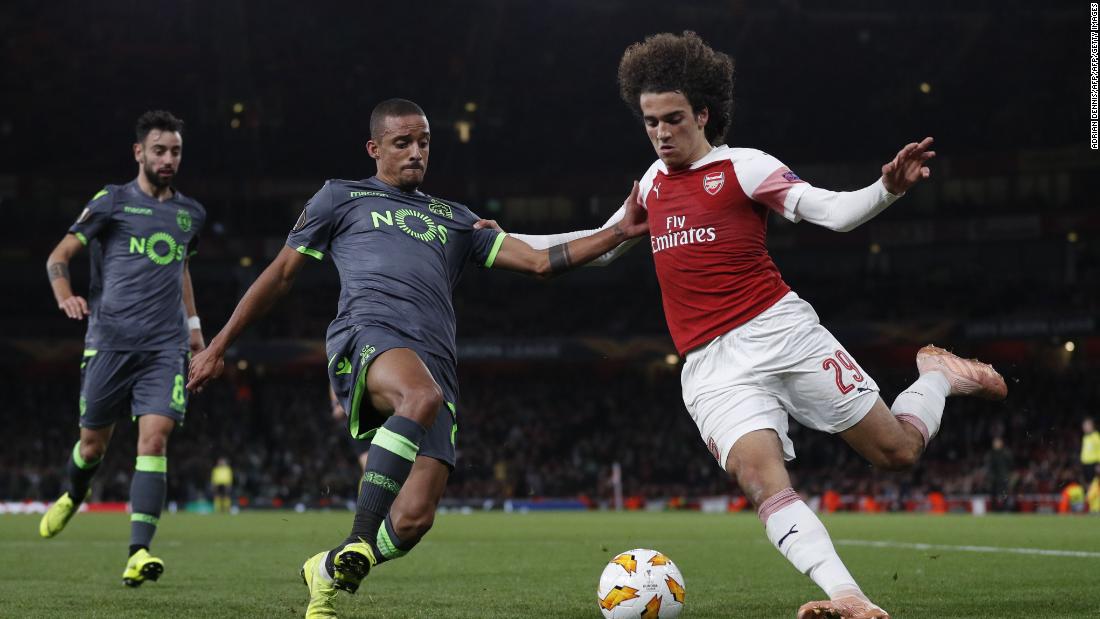 “I feel good in the team because it’s the football that suits me; passing the ball well, and playing good football. My team-mates have a lot of confidence in me and that’s helping me to put on good performances.”
The clean sheet was also a boon for Sporting’s confidence — it was the first time in 27 matches, competitive and friendly, that the Lisbon team hasn’t conceded.

In Belarus, Arsenal old boy Olivier Giroud scored his first competitive goal under Chelsea coach Mauricio Sarri, who goes four-for-four wins in the Europa League with the 1-0 victory against BATE.
After the final whistle, the Italian manager sang Giroud’s praises, saying that it was “important” for his striker’s mental wellbeing to find the back of the net. 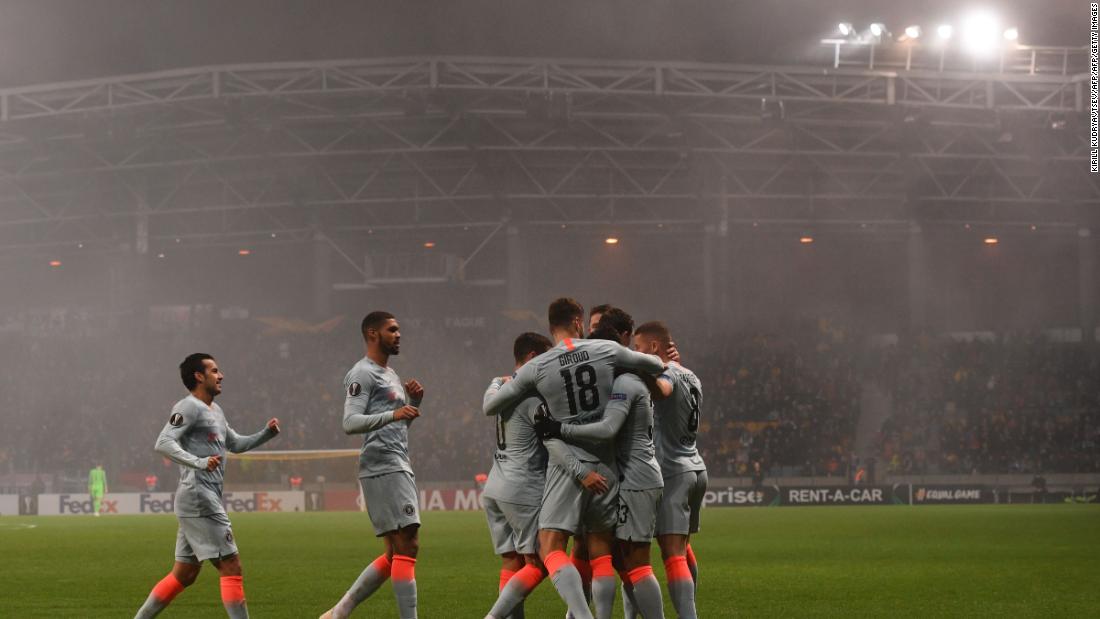 “He … is very important for us,” he said. “I know very well a striker wants to score. For his confidence it is very important.”
The Blues have now gone 17 games unbeaten in all competitions this season — with 14 wins and three draws.

Italian side Lazio, currently fifth in the country’s top flight Serie A, cruised to victory with two games to go thanks to goals from Marco Parolo and Joaquin Correa either side of the half-time whistle to secure a 2-1 win over French side Marseille. The defeat saw the 2018 finalists eliminated, after only scoring a solitary point in the first four group matches. 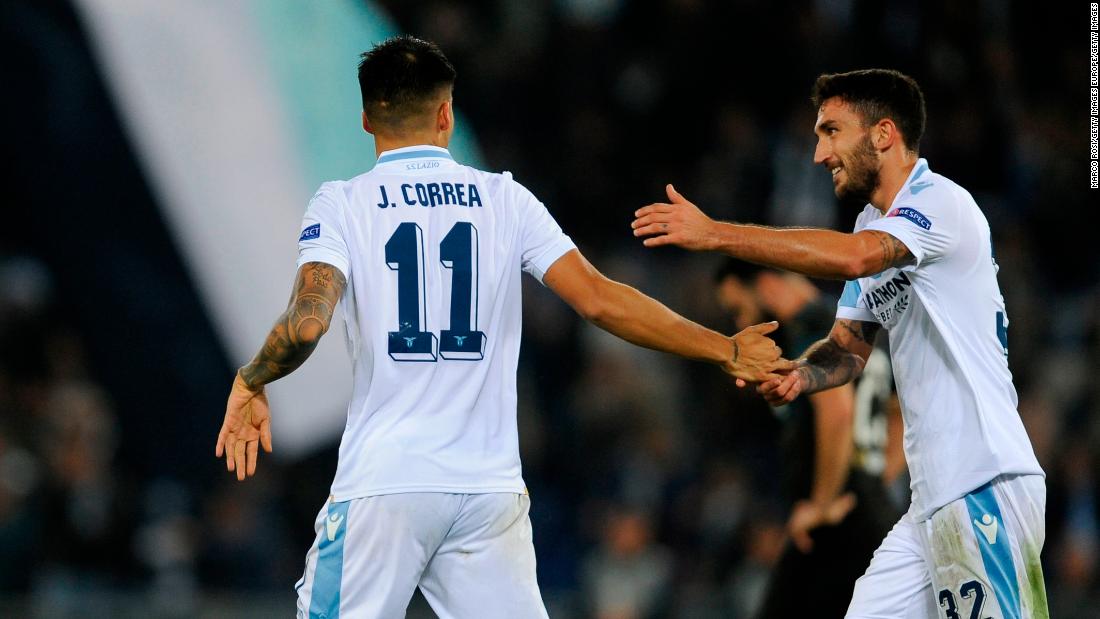 Eintracht Frankfurt secured its passage to the knockout stages with a 3-2 win over Cypriot side Apollon, with Luka Jovic, Sebastien Haller and Mijat Gacinovic setting up a comfortable three-goal lead before a late comeback attempt by the Greek side fell short of the mark — Emilio Zelaya’s 71-minute strike and injury-time penalty weren’t enough to secure a point.
At the BayArena in Leverkusen, both Group A teams advanced despite Zurich going down to a 1-0 loss. The Bundesliga side ended the Swiss team’s perfect record when Tin Jedvaj headed home from a corner on the hour mark. 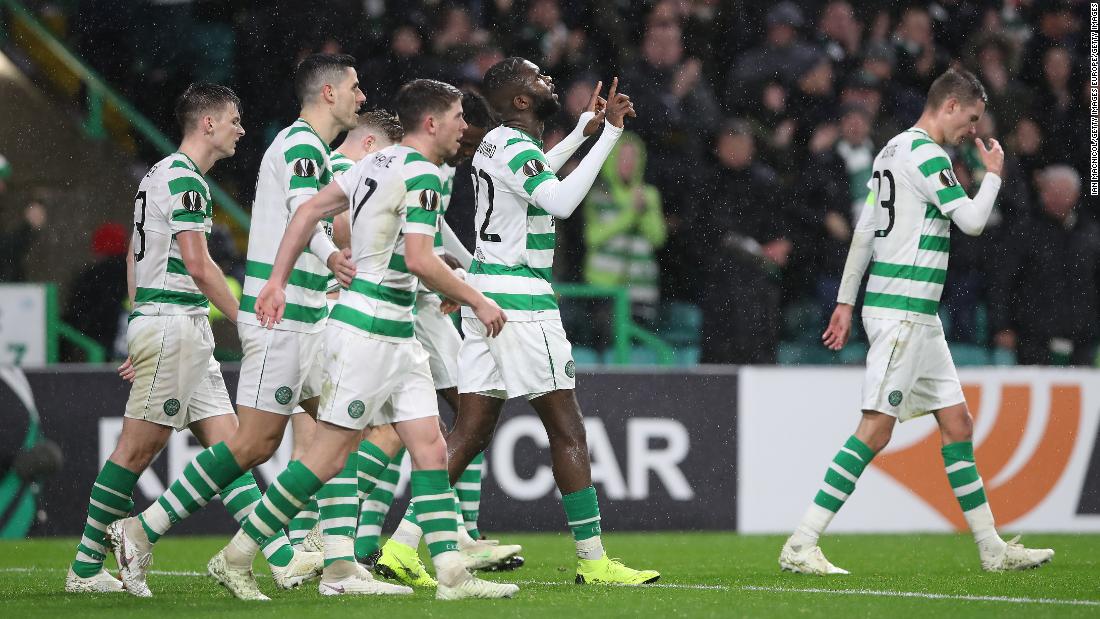 Scottish teams had mixed results, with Brendan Rodgers’ Celtic keeping qualification hopes alive with a 2-1 win over Leipzig, with Odsonne Edouard pouncing 11 minutes from time to secure the victory. The two Group B teams are neck-and-neck on six points with two games to go — trailing far behind group leader Red Bull Salzburg, on 12 points.
Meanwhile, crosstown rivals Glasgow Rangers went down 4-3 to Spartak Moscow in a whirlwind match that saw four goals scored in the first 35 minutes. The result leaves both Group G teams on five points, one behind leaders Villarreal.