Asian stocks declined as data indicated a slowdown in China’s economy in the second quarter. Crude declined and the yen traded near the weakest level since January.

Equities from Sydney to Hong Kong dropped. Volumes were down in most markets with Japan shut for a public holiday. The yen held its recent losses after posting its biggest weekly slide in 10 months. Oil slipped below $71 a barrel amid speculation the Trump administration is considering tapping into emergency crude supplies. U.S. equity futures ticker higher after Friday’s gains pushed the S&P 500 back above 2,800, with a pause in trade tensions outweighing a mixed start to the earnings season. 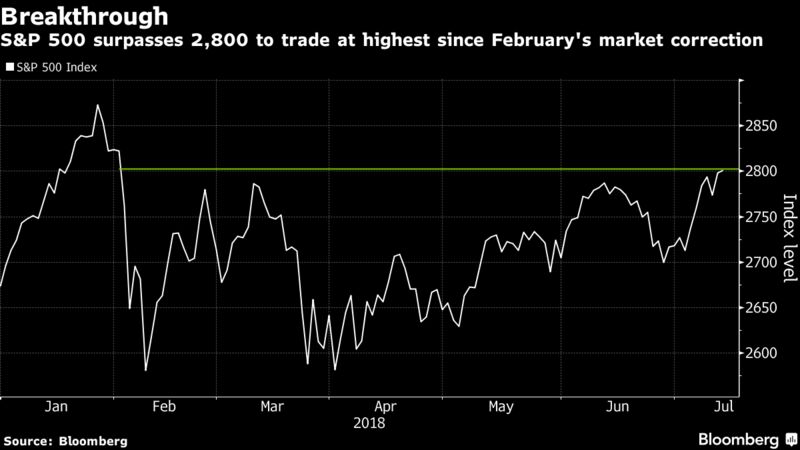 These are some key events coming up this week:

And here are the main market moves: