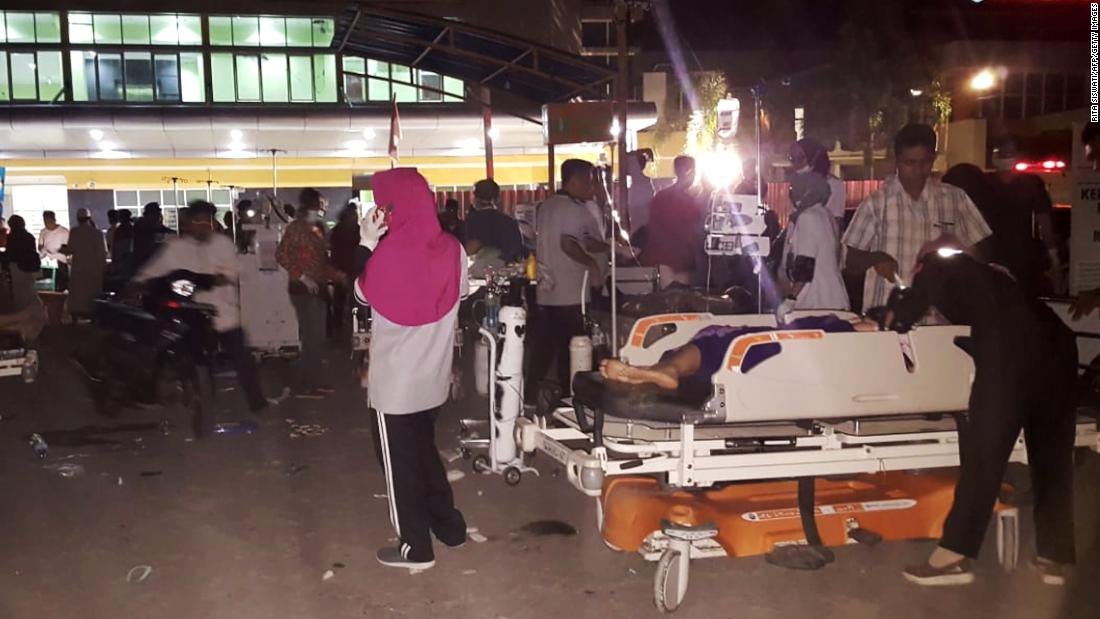 (CNN)At least 82 people were killed when a 6.9-magnitude earthquake and strong aftershocks rocked Indonesia’s resort islands of Bali and Lombok on Sunday, causing people to rush out of homes, hotels and restaurants.

The deadly quake was 31 kilometers (19 miles) deep and struck near Loloan on the north end of Lombok. It was also felt on Bali to the west.
The quake occurred in the early evening after sunset and was the second powerful temblor on Lombok in a week. A 6.4-magnitude earthquake shook the island July 29, killing more than a dozen people and briefly stranding hundreds of hikers on the slopes of a volcano.
The United States Geological Survey slightly downgraded Sunday’s quake after initially calling it 7.0-magnitude. Strong aftershocks ranging from 5.4- to 4.3-magnitude followed the main quake, the USGS said.
Indonesia’s Tsunami Early Warning System had issued a tsunami warning after the main quake but it was later lifted, according to the country’s National Disaster Management Agency. 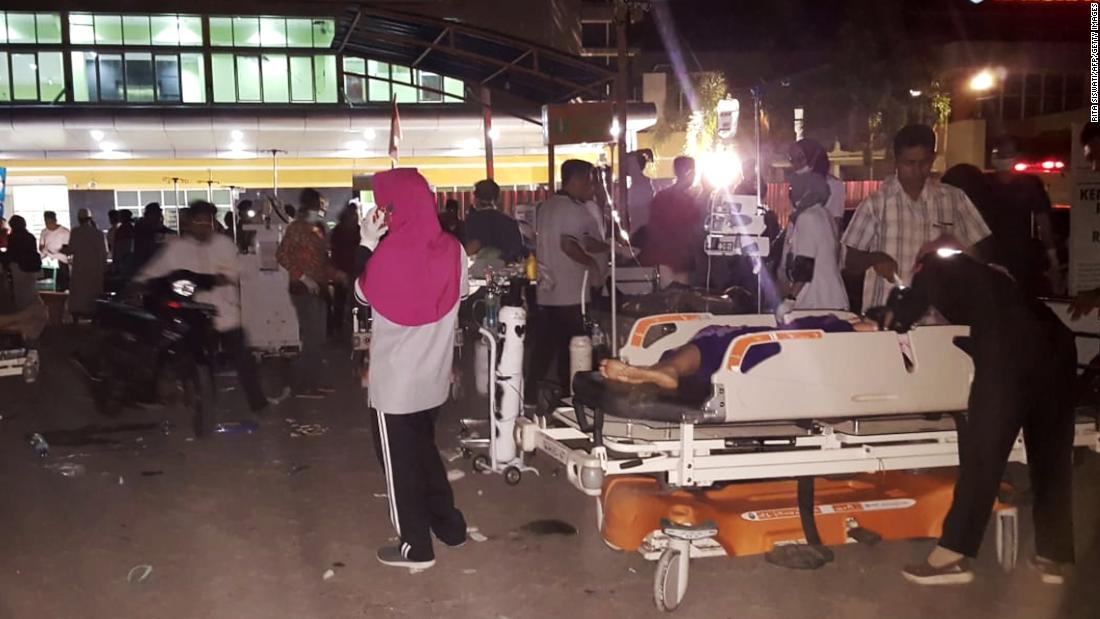 “All the hotel guests were running, so I did too. People filled the streets,” Michelle Lindsay, an Australian tourist on Bali, told Reuters. “A lot of officials were urging people not to panic.”
Indonesia’s Ministry of Tourism released a statement saying no tourists had been “injured or impacted” by the quake. 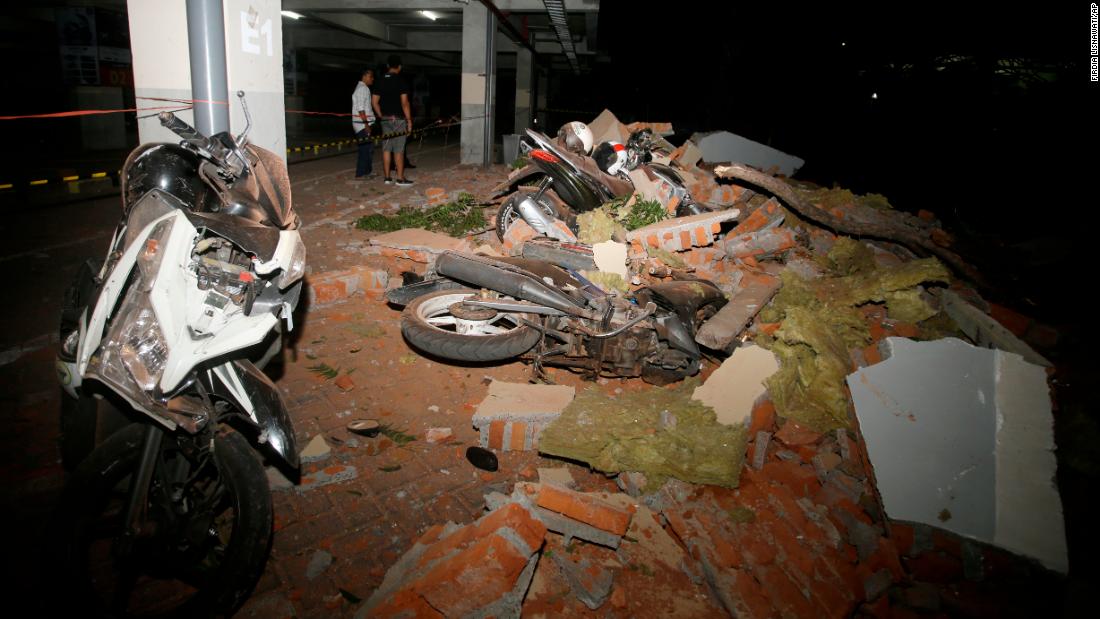 The Indonesia Red Cross reported that four of its volunteers were injured and transported to a hospital. Red Cross workers moved people to higher ground and advised people in coastal areas to leave due to tsunami concerns, said agency spokesman Arifin M Hadi.
Hospital patients had been moved to outdoor areas as a precaution, Haji Rum, head of the West Nusa Tenggara Disaster Management Agency, said in an interview on Indonesia’s Metro TV. There are parts of Lombok without power, he said.
Landline phone and cellphone services were reported down in Tanjung, the Lombok town nearest to the epicenter.
Images posted on social media showed damage at the Bali airport, including large ceiling tiles hanging loose or fallen to the ground. Flights at the Bali and Lombok airports were continuing. 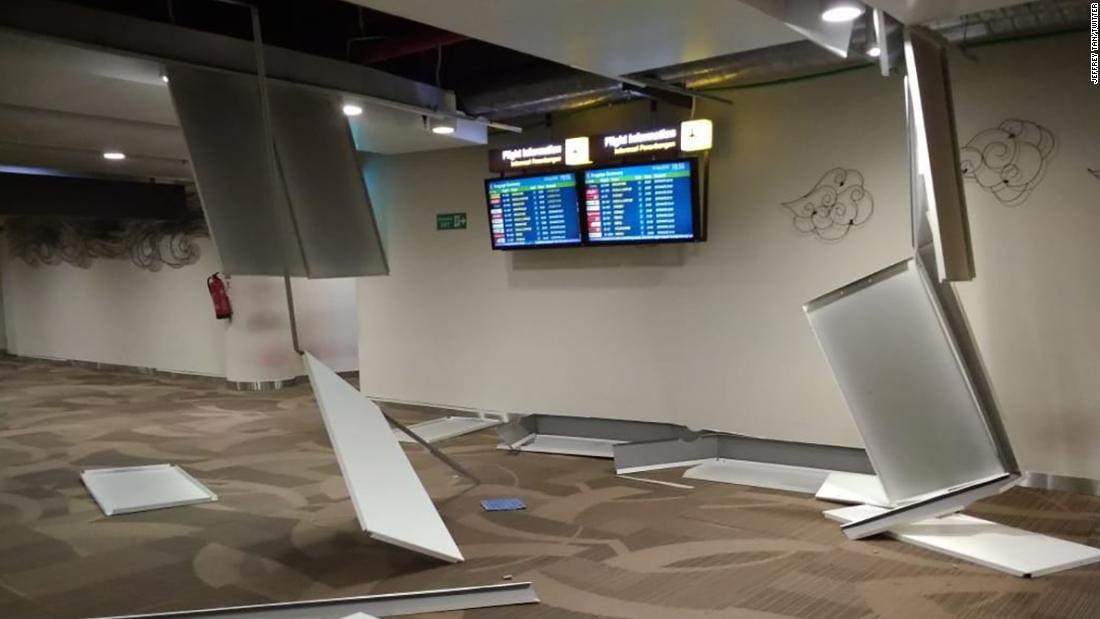 The Indonesian archipelago, where Lombok and Bali are located, is part of the Pacific Ring of Fire, a 40,000-kilometer (25,000-mile) area of intense seismic and volcanic activity where most of the world’s earthquakes occur. The area stretches from Japan and Indonesia on one side of the Pacific Ocean all the way across to California on the other.