Blood moon: all you need to know about this week’s lunar eclipse 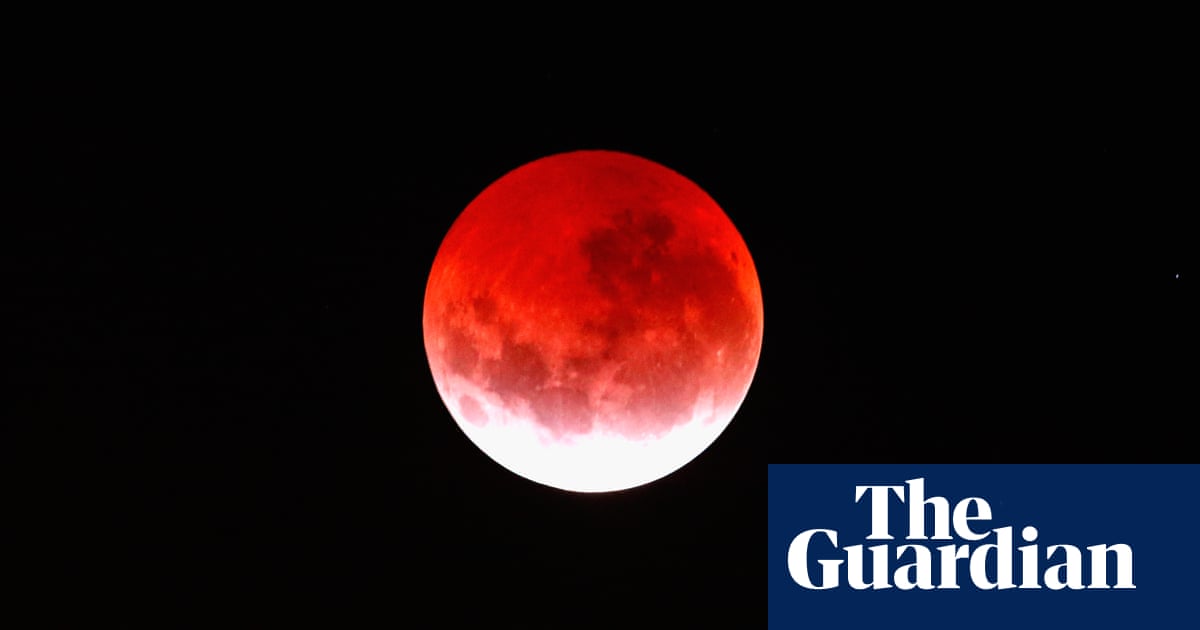 The longest lunar eclipse of the century (so far) will take place across Friday night and Saturday morning, as the moon is totally eclipsed by the Earth for one hour and 43 minutes. During this time, people around the world will be able to see a blood moon, as the Earths satellite turns red.

What is a blood moon?

A blood moon is a name given to the moon during a lunar eclipse. A lunar eclipse occurs when the Earth passes between the sun and the moon, casting the moon into shadow.

Unlike with a solar eclipse, when the moon passes between the Earth and sun, blocking the suns light, the moon is not turned dark during an eclipse, but instead appears to turn red.

If the Earth was a big smooth ball with no atmosphere that would be the end of the subject, it would just go dark, like with a new moon, said Chris Tinney, professor in the physics department at the University of New South Wales. But because there is light scattered through the atmosphere of the Earth, some of the suns light gets bounced around the edge of the Earth to hit the moon.

Because blue and violet wavelengths are scattered more than red and orange ones, more of the red wavelengths reach the moon, making the moon appear red.

How rare is it?

Lunar eclipses are less common than solar eclipses, with a maximum of three occurring in any given location per year, though some years there can be none. However, each lunar eclipse is visible from more than half the Earth.

If this eclipse is rare, it is because it will last for so long. The moon will be in the Earths shadow for four hours and totally eclipsed for one hour and 43 minutes, which is just short of the theoretical limit of a lunar eclipse (one hour and 47 minutes). The eclipse will last for so long on Friday night because the moon will be passing through the centre of the Earths shadow.

Where and when can I see it?

The best view of the eclipse will be from east Africa, the Middle East, across to India and the westernmost tip of China. But there still be reasonable views for people in the rest of Africa, Europe, other parts of Asia, Australia and the eastern tip of South America.

North America and Greenland look to be the only places that will miss out entirely.

In Australia: the moon will start getting red at 4:30am AEST on Saturday morning, with the total eclipse occurring between 5:30 and 6:30am, before the moon sets at 6:55am. The moon will be close to the horizon, so make sure to look west-south-west.

In the UK: the partial eclipse will begin at 8:30pm, the total eclipse will occur between 9:20pm BST on Friday, with the moon visible to the south-east, until 10:13pm.

In east Africa: the partial eclipse will begin at 9:30pm EAT, with the moon completely red between 10:30pm and 12:13am. This region will have one of the best views of the eclipse.

In India: the total eclipse will begin at 1am IST, finishing at 2:43am.

Tips for watching the blood moon

The best place to see it is out in the country away from lights, said Tinney. If youre living in [a city] then theres a lot of light pollution from the night sky, so the contrast between the moon and the sky wont be as great.

It is safe to look at the moon during an eclipse.

Timeanddate.com has a good eclipse tracker, which allows you to enter your location and find out when best to see the eclipse.

For those in areas that will miss out on the blood moon, the Royal Observatory at Greenwich plans to stream live pictures of the event.