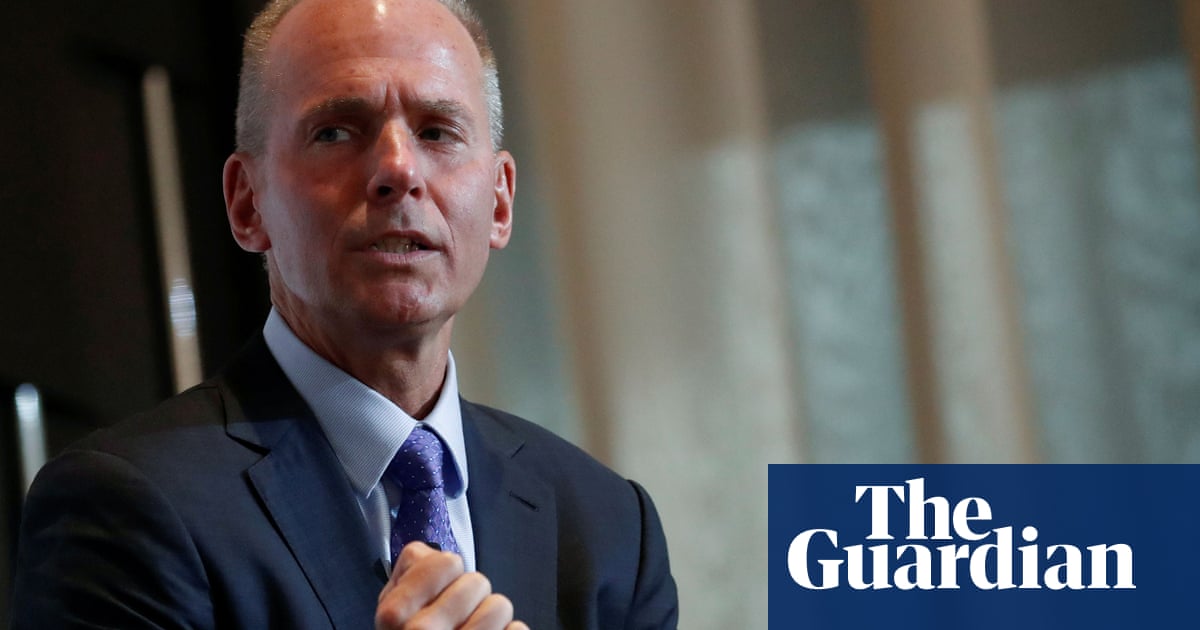 The Boeing chief executive officer, Dennis Muilenburg, has lost his other title as chairman of the planemaker, nearly a year after the first of two crashes of its 737 Max that together killed 346 people.

Boeing announced late on Friday that company directors decided to separate the two jobs and elected one of their own, David L Calhoun, to serve as non-executive chairman.

Earlier on Friday a panel of international aviation regulators issued a report critical of Boeing and the Federal Aviation Administration over how the Max was approved to fly. The group said Boeing failed to adequately inform the FAA about changes to a flight control system that has been implicated in the accidents.

The board has full confidence in Dennis as CEO and believes this division of labour will enable maximum focus on running the business with the board playing an active oversight role, Calhoun said in a Boeing statement.

Muilenburg said in a statement that he supported splitting the CEO and chairman jobs.

The board had in April opposed a shareholder resolution to split the jobs amid criticism over Boeings response to the accidents. The measure was rejected by a 2-to-1 margin.

The Max was Boeings best-selling plane until being grounded worldwide in March after the crashes in Indonesia and Ethiopia. The company has set aside billions to compensate airlines affected.

The US justice department and Congress are investigating the company, which also faces many lawsuits from families of passengers who died.

Muilenburg is scheduled to testify on 30 October before a House committee looking into the planes certification.

Boeing was initially optimistic that the Max could return to flight months ago but work to fix flight software took longer than expected. In June FAA test pilots discovered another problem in the planes computers, extending the grounding.

Muilenburg said recently that Boeing expected the plane to be back in service by early in the fourth quarter, but the company still hasnt formally submitted its fixes to regulators. US airlines dont expect the plane back until at least January and it could be longer in other countries.