Trump criticized Fox News for wasting airtime on Buttigieg, saying Fox is moving more and more to the losing side 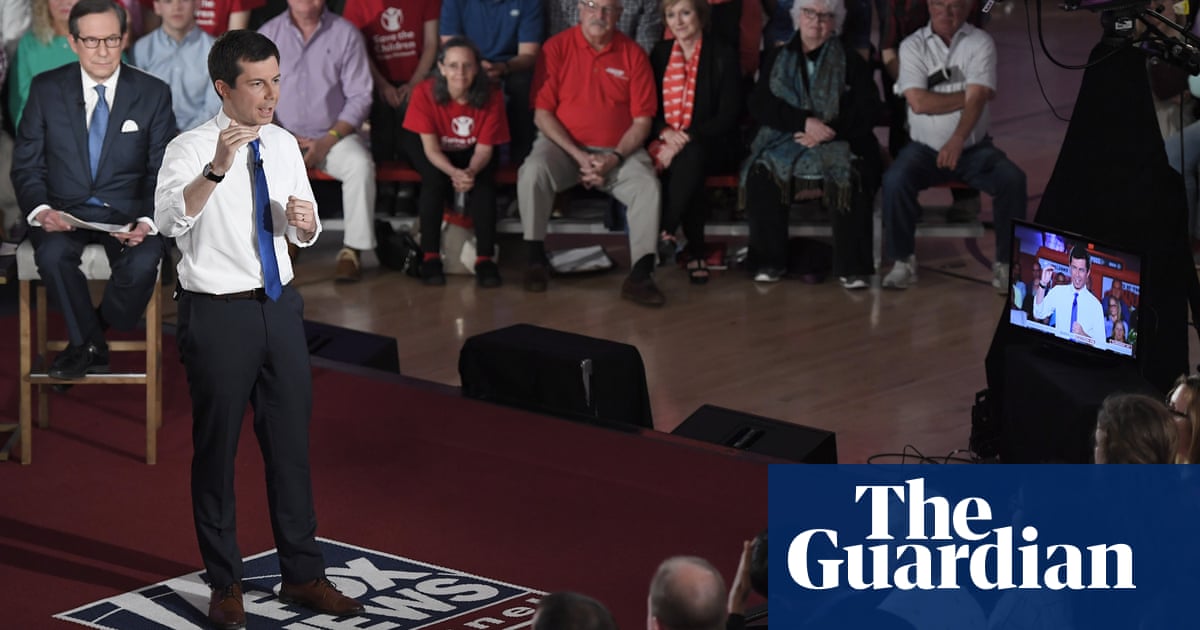 Pete Buttigieg jabbed at Donald Trump during a Fox News town hall on Sunday, saying he understands why people and the media are mesmerized by the presidents tweets because it is the nature of grotesque things that you cant look away.

Asked how he responds to Trumps tweets and name-calling including referring to Buttigieg as Alfred E Neuman, the Mad magazine character the 37-year-old mayor of South Bend, Indiana, responded: I dont care.

He said Democrats need to talk less about Trump and more about what theyll do for the American people.

Trump criticized Fox News earlier Sunday for wasting airtime on Buttigieg, saying Fox is moving more and more to the losing (wrong) side in covering the Dems. He added, Alfred E Newman [sic] will never be president.

Buttigieg said many Democrats were critical of his decision to participate in a town hall on Fox News, but added that he believes the party needs to meet voters where they are, whether its through Fox News or visiting places where Democrats arent seen much.

Buttigieg was asked about laws passed recently to ban or restrict abortion in states such as Alabama. He said he believes the right to have an abortion is an American freedom and that the government shouldnt have a role in limiting it.

Asked whether his position extends to the third trimester of pregnancy, Buttigieg said those late-term abortions make up a small percentage of abortions performed and asked the audience to put themselves in that womans shoes.

Any woman making that decision has likely been expecting to carry the baby to term, he said, and received the most devasting medical news in their lifetime, forcing them to make an impossible, unthinkable choice.

And the bottom line is as horrible as that choice is, that woman, that family may seek spiritual guidance, they may seek medical guidance, he said. But that decisions not going to be made any better medically or morally, because the government is dictating how that decision should be made.