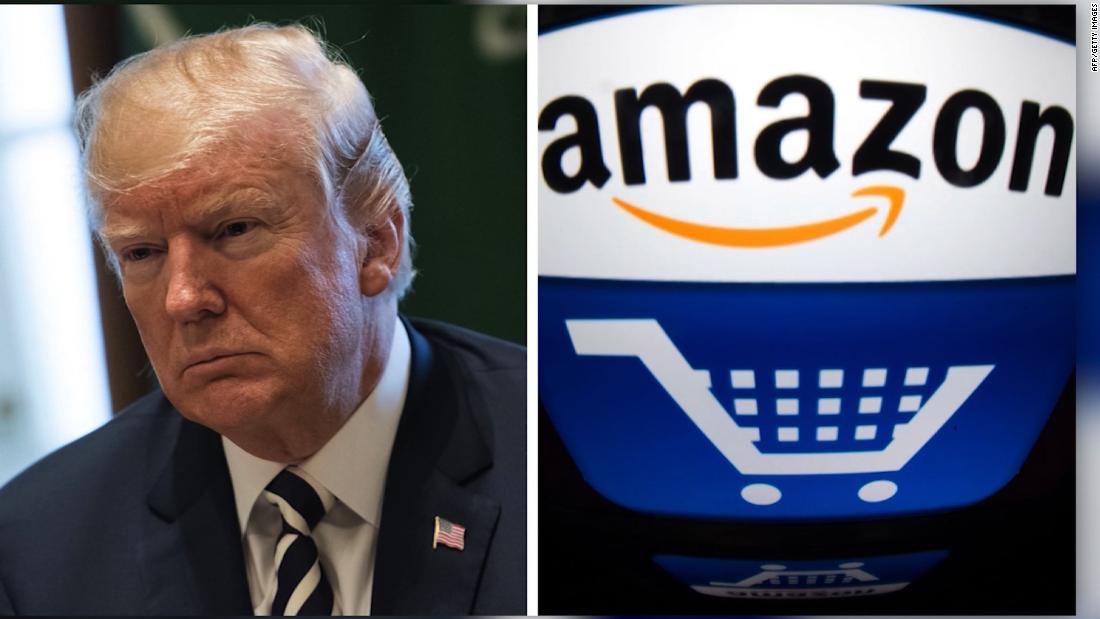 (CNN)President Donald Trump’s presidential campaign spent more than $150,000 on purchases from Amazon, the company now facing his ire amid claims it doesn’t pay its fair share of shipping costs and taxes.

Trump has repeatedly attacked Amazon and the Washington Post, both of which are owned by billionaire Jeff Bezos.
“While we are on the subject, it is reported that the U.S. Post Office will lose $1.50 on average for each package it delivers for Amazon. That amounts to Billions of Dollars,” Trump tweeted Saturday morning.
“The Failing N.Y. Times reports that ‘the size of the company’s lobbying staff has ballooned,’ and that……does not include the Fake Washington Post, which is used as a ‘lobbyist’ and should so REGISTER,” the President wrote. “If the P.O. ‘increased its parcel rates, Amazon’s shipping costs would rise by $2.6 Billion.'”
RELATED: Trump vs. Amazon: Let’s set the record straight
He added, “This Post Office scam must stop. Amazon must pay real costs (and taxes) now.”
CBS News did not report whether or not the Trump campaign was an Amazon Prime member, which would’ve given the campaign free two-day delivery for a yearly fee.