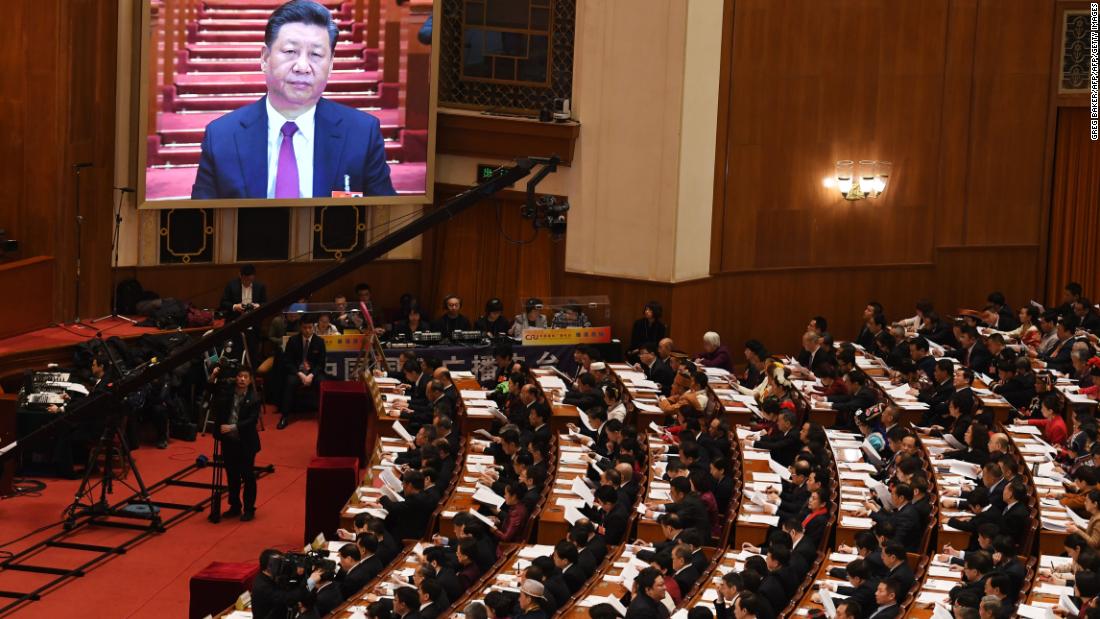 (CNN)China announced Wednesday it will hold the country’s biggest annual political meeting in May following a two-month delay, the strongest signal yet from the Chinese government that it considers the novel coronavirus outbreak to be under control.

On Wednesday, the NPC Standing Committee announced the parliamentary session will kick off on May 22, citing the “continuously improving situation of epidemic prevention and control on Covid-19” and a “gradual return to normal of economic and social life” in China, according to state news agency Xinhua.
The announcement is a symbolic display of confidence by Beijing that it has successfully contained the coronavirus, which was first reported in the Chinese city of Wuhan in December last year. It has since spread worldwide, infecting more than 3.1 million people and killing at least 216,000, according to Johns Hopkins University.
The highly choreographed meeting of the rubber-stamp parliament will see nearly 3,000 delegates from around the country gathered in the Great Hall of the People in Beijing, unveiling the country’s key economic targets, approving budgets, and passing legislation in sessions that last for about 10 days.
Allowing thousands of people to travel to the Chinese capital and sit side by side for days in an indoor setting would have been unthinkable two months ago, when much of the country was under varying types of restrictive lockdown measures intended to stop the fast-spreading virus.
But the country has turned a corner in recent weeks, with the number of newly reported infections slowing to a trickle. Lockdowns have also been lifted across China, including the original epicenter of Wuhan and the surrounding Hubei province. People have returned to work, and some provinces have allowed final year high school students to return to classrooms in advance of university entrance examinations. 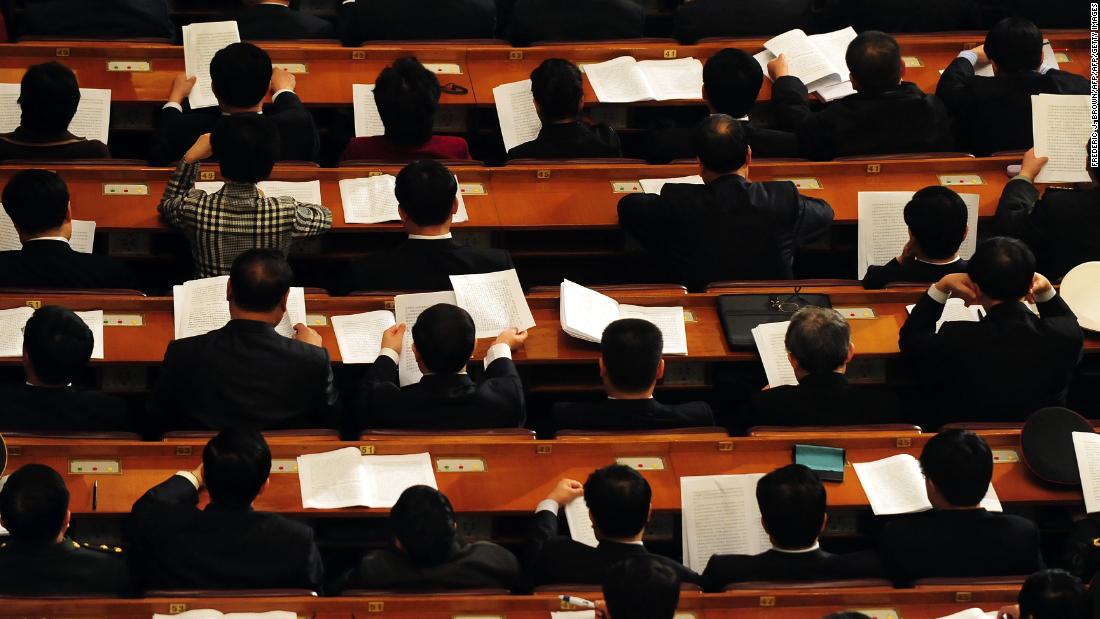 Beneath the surface, however, fears about a potential second wave of infections remain high. China last month banned the entry of most foreign nationals, following outbreaks around the world and a surge in imported cases. As of Wednesday, a total of 1,660 imported cases have been reported, mostly Chinese nationals returning from overseas. In many cities, all overseas arrivals are required to go into mandatory quarantine for at least two weeks.
Concerns have been particularly heightened over the recent spike in imported and locally transmitted infections near the Chinese-Russian border in northeastern Heilongjiang province. According to provincial health authorities, 386 Covid-19 cases have entered China through the Heilongjiang, and 556 local cases have been reported.
Chinese citizens have rushed to return home as the outbreak worsens in Russia, which has now recorded 93,000 confirmed cases — nearly 10,000 more than reported in China, according to Johns Hopkins University. 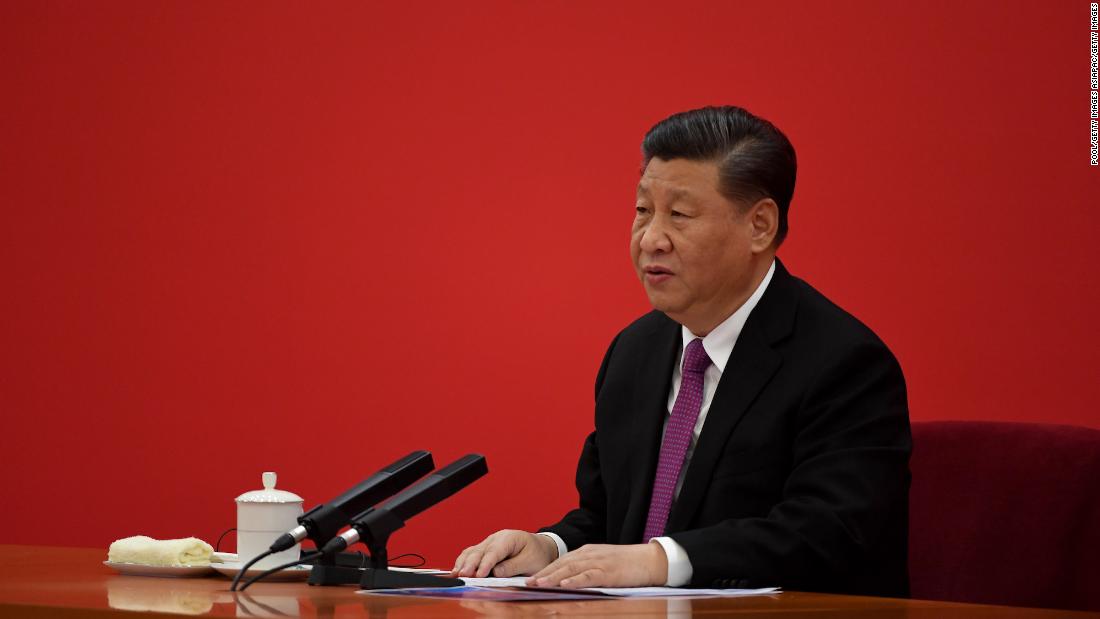 Earlier this month, the city of Suifenhe, which lies right by the Russian border, announced a city-wide lockdown, confining all residents to their homes and allowing only one person per household to go out for grocery shopping every three days. It also opened a makeshift hospital to treat coronavirus patients, converted from an office building.
Last week, the provincial capital of Harbin, a city of more than 10 million people, banned public gatherings, and residents would only be allowed to socialize with people in their respective households.
Locally transmitted cases have also been reported in recent weeks in Guangdong province, in the country’s south.
At this year’s belated NPC meetings, much attention will be placed on the central government’s work report, to be delivered to delegates by Chinese Premier Li Keqiang. The report will reveal the country’s key economic targets and map out major policies for the coming year.
The Chinese economy has been hit hard by the coronavirus pandemic, after its growth had already slumped to a near three-decade low last year following the US-China trade war.
In the first quarter of 2020, the world’s second largest economy shrank 6.8% compared to a year earlier, according to government statistics. It was the first time China has reported an economic contraction since 1976, when Communist Party leader Mao Zedong’s death ended a decade of social and economic tumult. The economy shrunk 1.6% that year.
The NPC’s annual plenary session has kicked-off every year on March 5 since the date was first formalized in 1995. It went ahead as scheduled in 2003 amid the severe acute respiratory syndrome (SARS) epidemic, which originated in China and hit the country hard.l SARS eventually spread across the world to infect more than 8,000 people, killing at least 774.