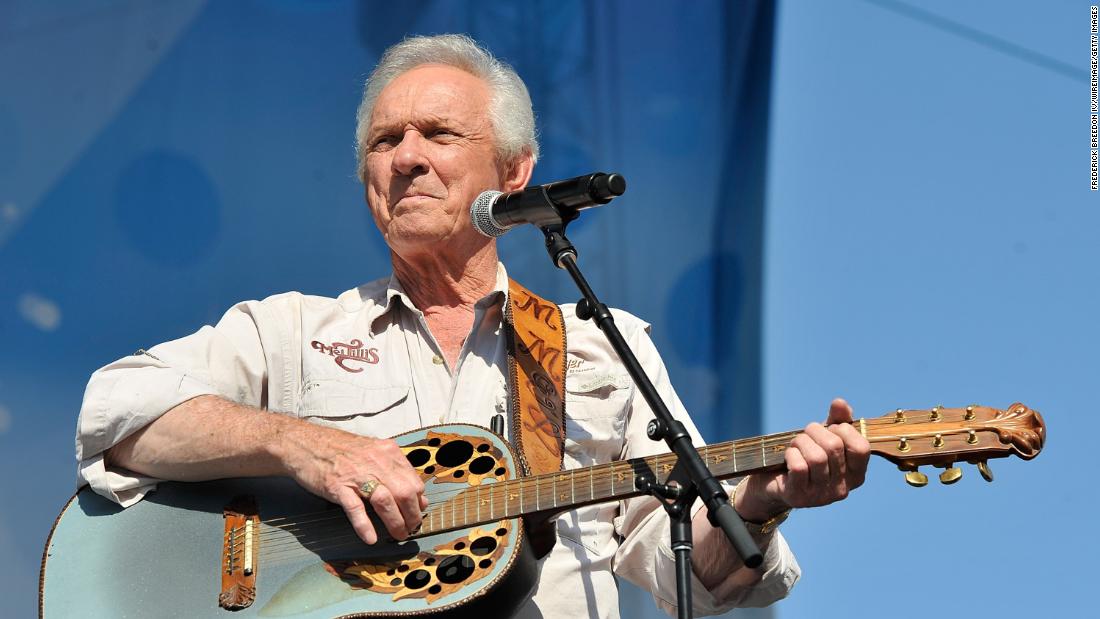 (CNN)Country music legend Mel Tillis died early Sunday morning, according to a statement from his publicist. He was 85.

Tillis died at the Munroe Regional Medical Center in Ocala, Florida, after battling intestinal issues since 2016, said spokesman Don Murry Grubbs. The suspected cause of death was respiratory failure.
Tillis was a prolific singer-songwriter who penned more than 1,000 songs and recorded more than 60 albums in a career that spanned six decades. Many of those songs were recorded by other country music stars such as Kenny Rogers, George Strait and Ricky Skaggs.
His commercial peak came in the 1970s when he had a string of top 10 hits, including “Good Woman Blues,” “Heart Healer” and “Coca Cola Cowboy.” In 2007, he was inducted into the Country Music Hall of Fame.
Before making his way to Nashville, Tennessee, the songwriter briefly attended the University of Florida. He joined the US Air Force to serve in the Korean War and was stationed in Okinawa, where he spent his time cooking and singing on Armed Forces Radio.
On Sunday morning Tillis’ fellow country music stars and fans praised his contributions to the genre and offered condolences on Twitter.
Born Lonnie Melvin Tillis in Tampa, Florida, he suffered a spell of malaria as a boy that left him with a chronic stutter, according to the Country Music Hall of Fame. His stutter became a trademark that Tillis mined for laughs, although it disappeared when he sang.
In an interview with People Magazine in 1976, Tillis said performing helped him overcome his stutter. “The more I go onstage,” he said, “and feel my independence and that power over audiences, the less I stutter.”
In 1998, he became spokesman and honorary chairman of the Stuttering Foundation of America, according to his website.
Tillis also had something of an acting career, with small roles in a number of films such as “The Cannonball Run” and “Smokey and the Bandit II.” He also made a TV appearance in an episode of “The Dukes of Hazzard” in the late ’70s.
In February 2012 he was awarded the National Medal of Arts — the highest honor given to artists by the US government — by President Barack Obama.