Ditch identity politics: fight for one persons rights at a time | Natalie Nougayrde

A force capable of rallying public opinion, NGOs and politicians across borders how distant that feels in the time of Trump, writes Guardian columnist Natalie Nougayrde 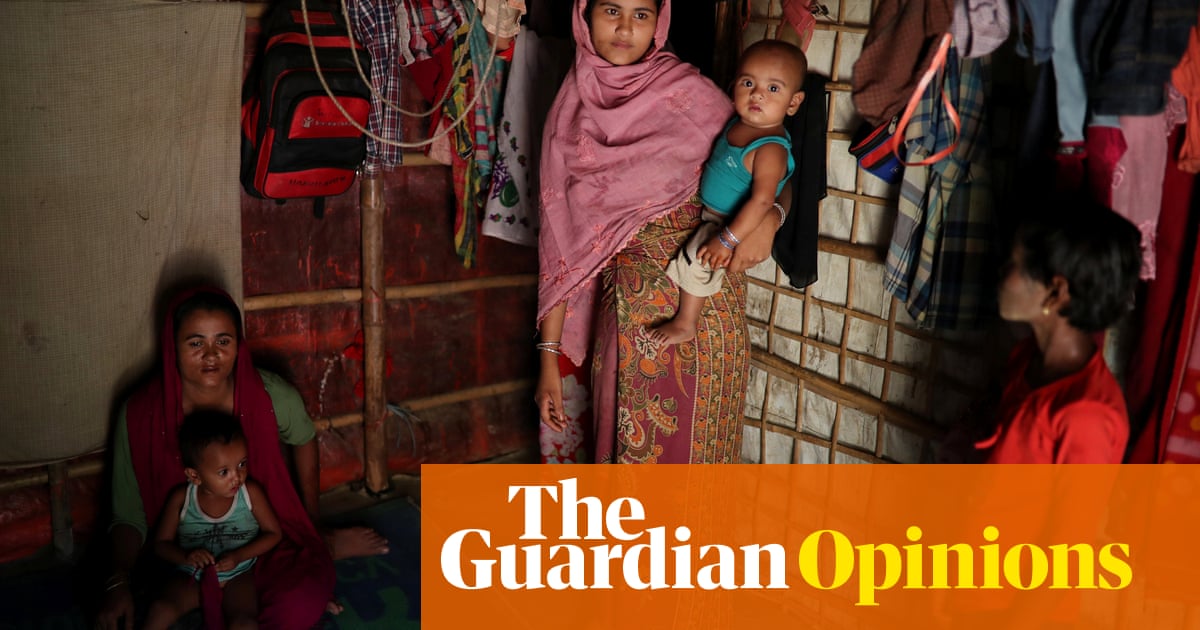 Id like to talk about heroes and mine are people who defend human rights. They are the people who keep reminding us about the exquisite uniqueness of each individual human being and the need to protect his or her rights and dignity regardless of whatever characteristic may be attached to that person, willingly or not. Human rights are individual rights; they are not the rights of a group. This sounds obvious, yet it seems to get increasingly drowned out in the way we react to crises orevents, and not least in the way politics is framed.

Recalling how the international human rights movement emerged in the 1970s how recent that is isuseful and timely, in the light of the UN report on the genocide perpetrated by the military in Myanmar and the many tributes to the late Kofi Annan. As head of UN peacekeeping missions, Annan failed dismally on human rights in Rwanda, but he later worked hard to try to address this, and thats where credit is due to him.

It also feels relevant as tributes flow this week to JohnMcCain, who was personally subjected to torture, and who refused to be released while his fellow prisoners werent. Today that kind of heroism calls to mind the struggle of the dissident Oleg Sentsov, detained in Siberia, who has vowed to continue his hunger strike aslong as dozens of other political prisoners are still unfree in Russia.

It took a long time for the UN declaration on human rights, adopted after the second world war, tobecome the basis of what the historian Samuel Moyn has coined the last utopia. Only in the 1970s did human rights become a driving force capable of rallying public opinion, NGOs and politicians across borders. A new brand of internationalist citizen advocacy appeared. Amnesty International won the Nobel peace prize in 1977. Jimmy Carter was elected US president on the promise of making human rights the guiding principle of his policies. How distant that feels today, with Donald Trump in thepicture.

But what also feels worryingly distant is the very notion that human rights hinge first and foremost on the protection of the individual, not of the group. And inverting that priority can have dire consequences. Vasily Grossman, one of the 20th centurys greatest writers, captured this eloquently in his book Life and Fate: Human groupings have one main purpose: to assert everyones right to be different, to be special, to think, feel and live in his or her own way. People join together in order to win or defend this right. But this is where a terrible, fateful error is born: the belief that these groupings in the name of a race, a God, a party or a state are the very purpose of life and not simply a means to an end. No! The only true and lasting meaning of the struggle for life lies in the individual, in his modest peculiarities and in his right to these peculiarities.

Sensitivities will vary, of course. Some people will be more scandalised by violations in Yemen than by Syria, or by Venezuela rather than by the Saudi regime, or discrimination against LGBT groups or any other minority than that suffered by a dissident such as LiuXiaobo, the Chinese human rights hero who died as a result of being denied adequate medical attention after imprisonment and torture.

In our western societies, public or political outrage in the face of atrocities will fluctuate depending on whois suffering or who the perpetrators are, on our political leanings or on how a faraway crisis resonates with domestic debates on diversity, inequality, immigration and secularism. The way the mediareport crises matters immensely, just as NGO campaigns do. Human rights violations cant be top ofthe news every day, even though they occur every day. And fundraising is surely more effective when it is done selectively, if only because some emotions are hard to sustain.

What tends to get lost in all of this is the sacredness of the individual as opposed to the community or group they belong to or are ascribed to. In an era of resistance against Trump and everything he embodies, whats striking is how easily one set of struggles, defined by the category of people they want to defend, somehow ends up outflanking whats universal about human rights.

Tribal politics, tribal thinking, are arguably human rights worst enemies. See how the right prefers to defend Christians in the Middle East, as part of awider narrative against Islam, or the left will focus on denouncing western governments complicity with certain dictatorships. The right, in the UK and elsewhere, all but turns a blind eye to the suffering of migrants, while the left makes allowances for major human rights violators such as Iran and Russia, as long as they are considered as forces counterbalancing American dominance.

In much of this, individual humans can be forgotten, their importance dependent on what or where they supposedly belong to. It doesnt help that abusive regimes handily point to cultural relativism (our rules are different, and there is no such thing as universality, their logic goes) to justify their actions. Along the way, strangely enough, theyll find some eager, understanding ears within democracies.

So perhaps listening to Zeid Raad al-Hussein, the outgoing UN commissioner for human rights, may help. In my experience, he recently said, the victims of human rights violations know full well that human rights are universal. Only those who violate human rights look for excuses in traditions, cultures, circumstances. And he added: human rights defenders defend the rights of each individual. Others defend the rights of aspecific community. Thats the difference. Defending the rights of one community against other communities amounts to creating the conflicts of tomorrow. Its awarning that may well be debated, butis also hard to ignore. Human rights are best defended one unique, invaluable, irreplaceable person at a time. After all, thats what the opening articles of the 1948 universal declaration keep telling us.