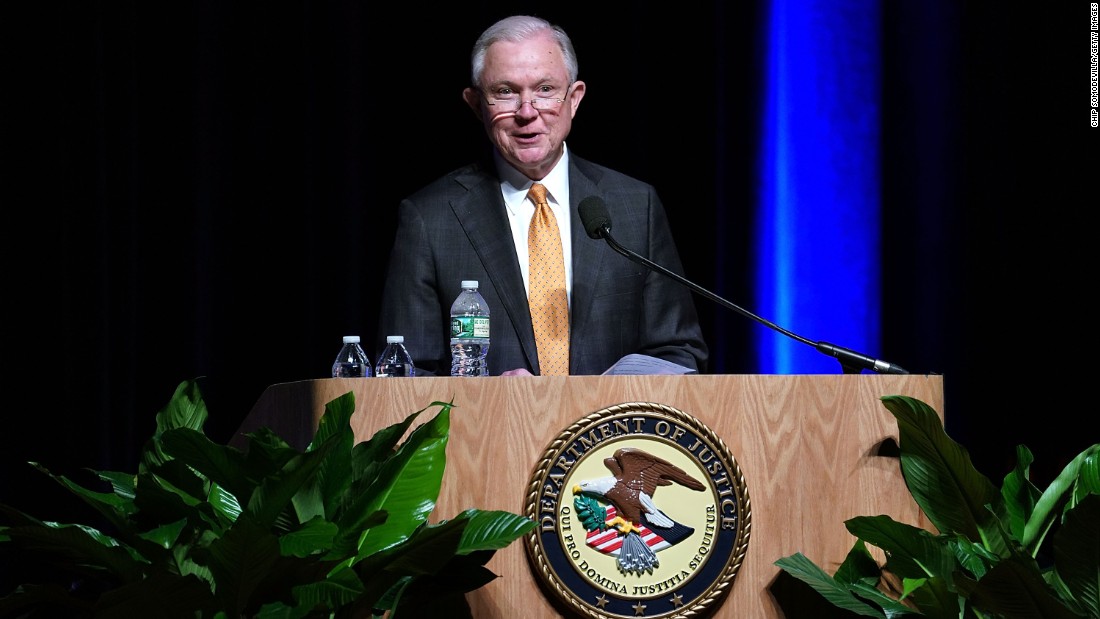 (CNN)US Attorney General Jeff Sessions has asked senior federal prosecutors to “evaluate certain issues” presented by House Republicans, including alleged ties between the Clinton Foundation and the sale of Uranium One.

In a letter to House judiciary committee chairman Bob Goodlatte, assistant attorney general Stephen Boyd said the senior prosecutors will make recommendations to the attorney general and deputy general on whether “any matters not currently under investigation should be opened, whether any matters currently under investigation require further resources, or whether any merit the appointment of a special counsel.”
Monday’s letter comes after public criticisms of the Justice Department’s focus from Trump, who has bemoaned the fact that he can’t give direction to the agency.
“Everybody is asking why the Justice Department (and FBI) isn’t looking into all of the dishonesty going on with Crooked Hillary & the Dems,” Trump said in a series of tweets on November 3. “…New Donna B book says she paid for and stole the Dem Primary. What about the deleted E-mails, Uranium, Podesta, the Server, plus, plus… People are angry. At some point the Justice Department, and the FBI, must do what is right and proper. The American public deserves it!”
Goodlatte and other Republicans on the House judiciary committee sent two letters to Sessions and deputy attorney general Rod Rosenstein, dated July 27, 2017 and September 26, 2017, asking for the appointment of another special counsel to look into “matters that appear to be outside the scope of special counsel Robert Mueller’s investigation.”
Mueller is currently heading up a special counsel investigation into possible ties between the Trump campaign and Russia.
The Washington Post previously reported on Boyd’s letter Monday.
“The Department of Justice … takes seriously its responsibility to provide timely and accurate information to Congress on issues of public interest, and seeks to do so in a non-political manner that is consistent with the Department’s litigation, law enforcement, and national security responsibilities,” Boyd wrote.
The letter from Boyd also makes reference to a previous correspondence sent to Goodlatte and others from the Department’s Inspector General from January 12, 2017, regarding a review of allegations surrounding the FBI’s investigation into Hillary Clinton’s private email server.
During Sessions’ confirmation hearing, Sessions told Sen. Chuck Grassley he would recuse himself from any investigation pertaining to the Clinton email investigation and anything relating to the Clinton Foundation.