Don Lemon: Trump speech a ‘total eclipse of the facts’ 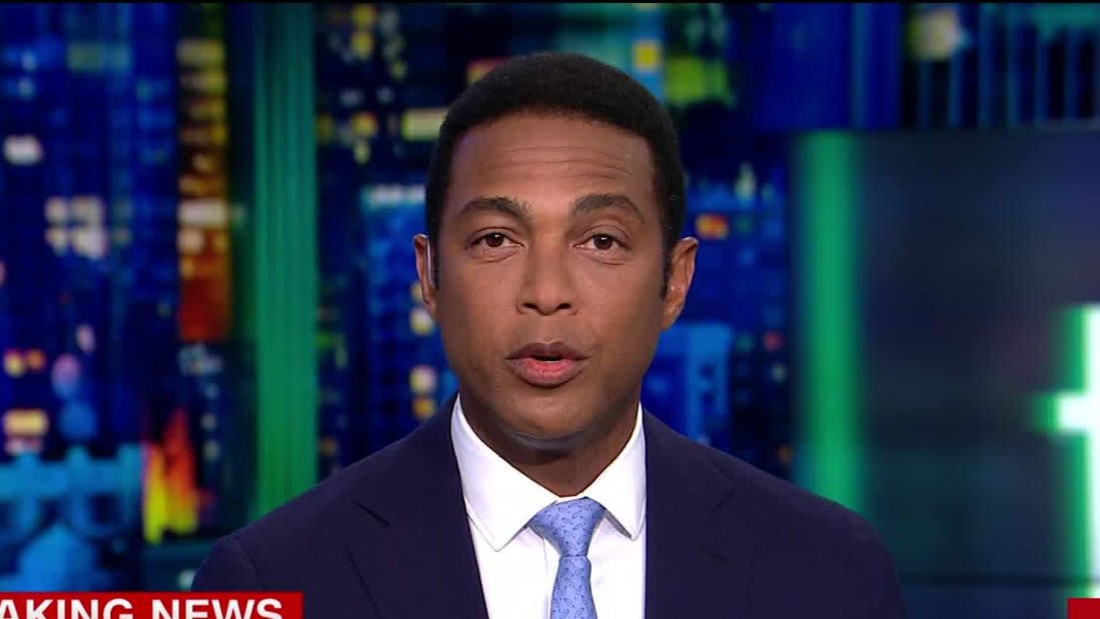 On Tuesday, Trump “came out on stage and lied directly to the American people, and left things out that he said in an attempt to rewrite history, especially when it comes to Charlottesville,” Lemon said.
Lemon honed in on the part of Trump’s speech where the President reread remarks he made immediately after a car drove into a crowd of counterprotesters at a white supremacist rally in Charlottesville, Virginia earlier this month, killing one and injuring 19. Trump omitted that he blamed the violence on “many sides.”
The President was widely criticized for failing to denounce white supremacists until two days after the rally. He reversed course the next day and once again blamed “both sides,” appearing to equate neo-Nazis with the people protesting against them in Charlottesville.
“He’s unhinged,” Lemon said. “It’s embarrassing — and I don’t mean for us, the media, because he went after us, but for the country. This is who we elected President of the United States? A man who is so petty he goes after people who he deems to be his enemy, like an imaginary friend of a 6-year-old?”
Trump devoted a substantial chunk of his speech Tuesday to excoriating the media, accusing them of misrepresenting his remarks on Charlottesville and going through the different public statements he made on the issue last week.
He claimed that the media willfully refused to acknowledge that he condemned hate groups. “I hit ’em with neo-Nazi, I hit ’em with everything. KKK? We have KKK. I got ’em all,” Trump said.
“His speech was without thought,” Lemon said. “It was without reason, it was devoid of facts, it was devoid of wisdom, there was no gravitas, there was no sanity there. He was like a child blaming a sibling … ‘He did it! I didn’t do it.'”
“He certainly opened up the race wound from Charlottesville,” he continued. “A man clearly wounded by the rational people who are abandoning him in droves … A man backed into the corner, it seems, by circumstances beyond his control and beyond his understanding.”
“That’s the truth,” he concluded. “If you watched that speech as an American you had to be thinking, what in the world is going on?”