Donald Trump and Vladimir Putin to hold summit in July 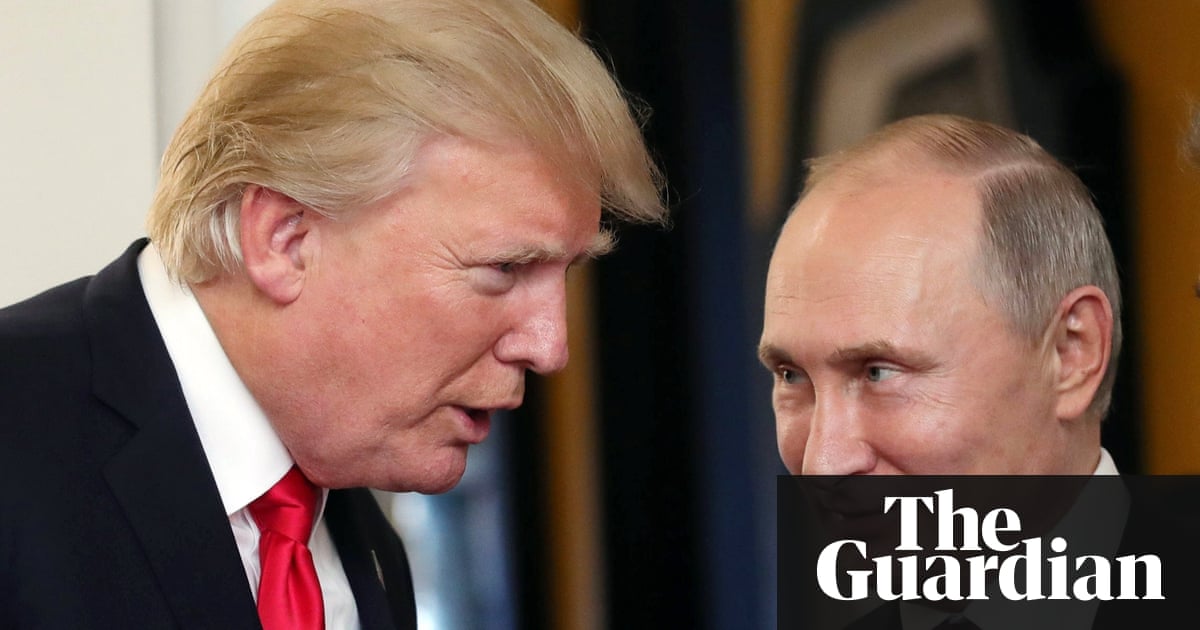 Donald Trump and Vladimir Putin will hold their first official summit in Helsinki on 16 July, the Kremlin and the White House have announced, scheduling an encounter that is certain to generate fresh controversy for the White House.

The optics of the meeting are likely to be as important to the leaders as its results. Moscow is keen to show it is not isolated on the world stage, while Trump has ignored criticism at home to plot a course towards closer relations with Putin.

Ive said it from day one, getting along with Russia and with China and with everybody is a very good thing, Trump said, adding that Syria, Ukraine and many other subjects would be discussed at the summit. Its good for the world, its good for us, its good for everybody.

However, US allies are concerned that a show of warmth with Putin in Helsinki, especially if it follows a combative Nato summit in Brussels five days earlier, could undermine confidence in the strength of the transatlantic alliance. Those fears were deepened earlier this month in Quebec, when Trump railed at other leaders at a G7 summit that Nato is as bad as Nafta, comparing the alliance to the North American free trade agreement he constantly denigrates as being at expense of the US.

An amicable Trump-Putin meeting could also cast a shadow back on the US presidents visit to the UK between the Nato and Helsinki summits, particularly if his encounter with Theresa May is as frosty as recent exchanges between the US and British leaders.

Before the announcement on Thursday, Trump sent out an early-morning tweet once more calling into question the conclusion of the US intelligence agencies that Russia was involved in the hacking of Democratic National Committee emails during the election.

Arms control and other security issues are likely to be among the main topics of discussion, although both sides have already played down the potential for the meeting to deliver concrete results.

The format reflects Trumps recent preference for high-profile summits, such as the one he held in Singapore this month with the North Korean leader, Kim Jong-un.

The announcement of the meeting only the third time the two leaders will have met face to face was made simultaneously by the two governments on Thursday as part of a carefully choreographed rollout.

The Trump administration has been embarrassed several times when Russia has released information about conversations that Washington had either omitted or tried to downplay. Last year Russian state media ran photos of Trump meeting senior Russian officials in the Oval Office, and in March it emerged that Trump had congratulated Putin on his victory in Russias presidential election.

During a visit to Moscow on Wednesday, the US national security adviser, John Bolton, defended the planned summit, blaming opponents of Trump for trying to score points by creating political noise. He said Trump would go ahead with the meeting regardless of political criticism.

Donald Trump: ‘Russia should be in this G7 meeting’ video

Nevertheless, the encounter is likely to generate controversy in the US, where establishment politicians have questioned Trumps motivations and the optics of holding a meeting with a power accused of meddling in the 2016 US presidential election.

Russia and the US have clashed over a number of issues, including the conflicts in Syria and Ukraine, nuclear arms treaties, Nato policy and cybersecurity. Relations between the countries are widely seen as at their lowest point since the cold war.

On Wednesday Putin told Bolton that while relations between the two countries were bad, your arrival in Moscow has given us hope that we can make the first steps to reviving full relations between our governments.

Trump and Putin have met twice before. The first time was during the Hamburg G7 meeting in 2017, ending in a dinner chat between the two leaders with only a Russian translator present. Trump said afterwards they had discussed adoption policy. The two also proposed a joint cybersecurity unit, and a ceasefire in south-west Syria. The cyber unit was immediately dismissed in US as ridiculous as Russia was one of the main aggressors in that field, and the Syria ceasefire has been bulldozed in recent days by a Russian-backed Assad offensive.

The pair also greeted each other at a leaders summit in Vietnam in November.