Dont you just love it when a man explains to you what it means to be a woman?

There is understandable concern about being on the wrong side of history. But Ill tell you what has never put anyone on the right side of history: shouting women down 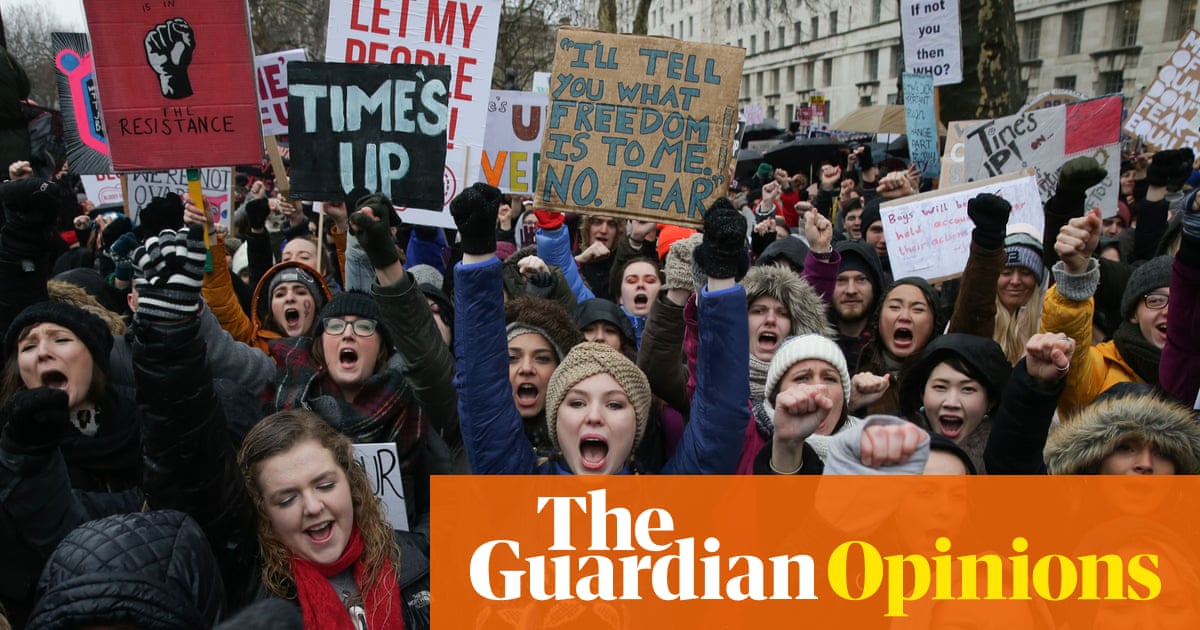 By a man-sized margin, my favourite recent news story is the one about two feminists who went to a men-only swimming session in Dulwich, south London, because, as they explained, they now self-identify as men. An elderly gentleman was initially confused. I told him I was a man and he said, Oh really? one woman later told reporters. It was a very British response. Other men at the pool were less sanguine, and complained to reception.

This protest was announced on Mumsnet, a pleasing hotbed of radical feminism these days, as part of a campaign against proposed changes to the Gender Recognition Act. Currently, anyone who wants to change gender needs to have lived in their chosen gender for two years and been diagnosed with gender dysphoria. If the changes go through, anyone will be able to declare they are a man or woman, regardless of whether they have made any actual changes to their lifestyle or body. This is known as self-identification and the reactions have borne out that Margaret Atwood line, Men are afraid women will laugh at them while women are afraid men will kill them. Men have largely ignored the issue, until it comes charging into their changing room, while a lot of women have argued that predatory men could now come into female-only spaces unchallenged.

You might have thought that the #MeToo campaign, in which women have been speaking out about the universality of sexual assault and rape, would make people more sympathetic to concerns about female safety. You would be wrong: nothing makes you look more liberal these days than shouting at women who express anxiety based on their experiences.

But then, as with experts, apparently weve all had enough of lived experience now. When a 19-year-old trans woman was elected a Labour womans officer last year, a Labour councillor explained that lived experience as a woman was not a pre-requisite to be a womans officer. Biology, too, has been deemed terribly passe. Inclusive feminism, Plaid Cymrus Leanne Wood wrote when considering why self-identifying trans women should be allowed into womens refuges, understands that gender is a complex and deeply personal thing, and is about so much more than outdated ideas of biology. On the day of this years Womens March, trans model Munroe Bergdorf tweeted that to center reproductive systems at the demonstrations was reductive and exclusionary.

Im trying to think of anything more patriarchal than telling women to stop fussing about vaginas at a Womens March. A biopic about the Old Testament God starring Mike Pence? Because none of this is about making feminism inclusive; its about policing the way women talk about their lives. No one male, female, trans or not has the right to do this. Inclusivity means campaigning for the greater good of the group, not catering to each individuals differences can someone please tell Bergdorf that Irish women are still fighting to repeal the 8th? Female biology has been used by men to oppress women for millennia, and to tell women not to talk about it now is another form of oppression.

Intriguingly, some of the most passionate arguments Ive had about this have not been with trans people, but with liberal men. I surely speak for all of us ladies when I say I love nothing more than when a man explains to me, at some length, what a woman now is. I only have 40 years experience but, as we all know, experience is old hat now. There is something, shall we say, revealing about the way these woke bros take such glee in calling women (older ones, especially) who talk about their rights and bodies terfs trans-exclusionary radical feminists and insist they shut up or risk ostracism.

Women have had to fight so hard for a place at the table, for the right to define themselves, for spaces where they feel safe. Any man who sneers at them now for worrying about the shifting paradigms, offering only meaningless platitudes or accusations of bigotry, is showing his male privilege.

There is understandable concern about being on the wrong side of history. But Ill tell you what has never put anyone on the right side of history: shouting women down. Gender is a feeling and biology is a physical fact, and the reason women-only spaces exist is not to protect some special inner feminine essence, but because there are significant physical differences between male-born bodies and female-born ones, and the latter have long been at a disadvantage.

This is something women and trans women will have to work out between themselves, because this is a womans rights issue. Any man, who has no idea what its like to be oppressed as a woman or self-identified trans woman, and who comes riding in on a white horse and tries to shut down the debate with inflammatory language, is not helping. There is no simple solution to accommodating both the rights of self-identified trans women and other women. In some cases, theyll share spaces, in some they wont, and sometimes a third option will have to be found.

Contrary to what some men think, the feelings of self-identified trans women are not the only ones that matter. There are a couple of four-letter words for those who insist otherwise. But woke aint one of them.