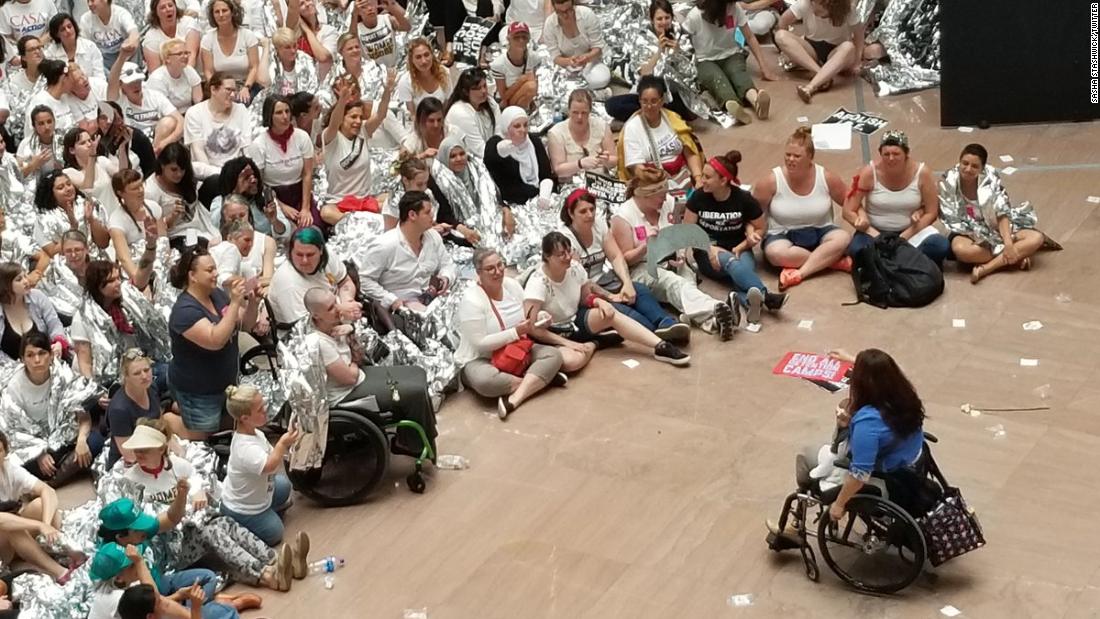 READ: She says federal officials took her daughter while she breastfed the child in a detention center
More than 1,000 female activists marched through Washington Thursday to protest the separation of children from their immigration parents at the US-Mexico border.
US Capitol Police arrested approximately 575 individuals with unlawfully demonstrating, including Rep. Pramila Jayapal, a Democrat from Washington.
The arrests have been peaceful so far, with the protesters not arguing with Capitol police officers during arrests and no cuffs being put on them.
Other Democratic senators — including Ed Markey of Massachusetts, Mazie Hirono of Hawaii, Kirsten Gillibrand of New York and Richard Blumenthal of Connecticut — also visited the protesters to support their efforts.
The protestors chanted “abolish ICE” as well as “where are the children?” as well as other chants that are hard to hear within the building. 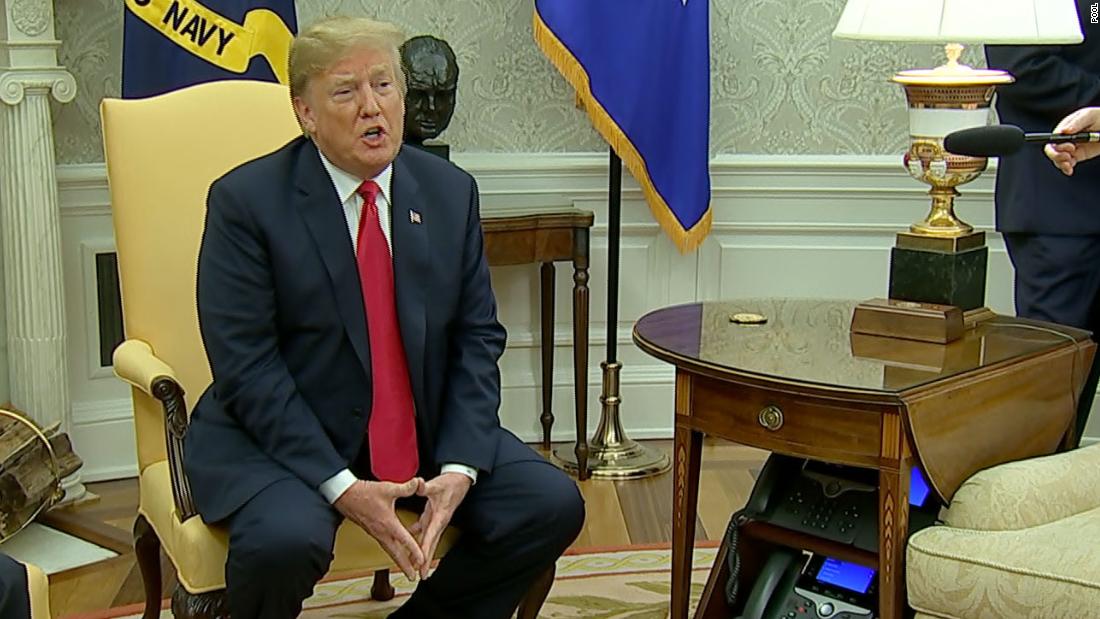 The activists sat on the floor of the Senate building with emergency blankets to demand Congress act to end the Trump administration policies that criminalize and detain undocumented immigrants and separates their children from them.
Congress is set to leave town for a week-long recess without passing any legislation to address the situation at the US border. On Wednesday, the House failed to pass legislation that would have address in part several high-profile immigration-related policies including border wall funding and an eventual pathway to citizenship for recipients of the Deferred Action for Childhood Arrivals program.
In an executive order last week, President Donald Trump said his administration was seeking more authority to detain families together until the end of their immigration proceedings.
The order instructs federal agencies — notably the Department of Defense — to prepare facilities to house the potentially thousands of families who will be detained.