Florence was the wettest storm in more than half a century, behind Harvey 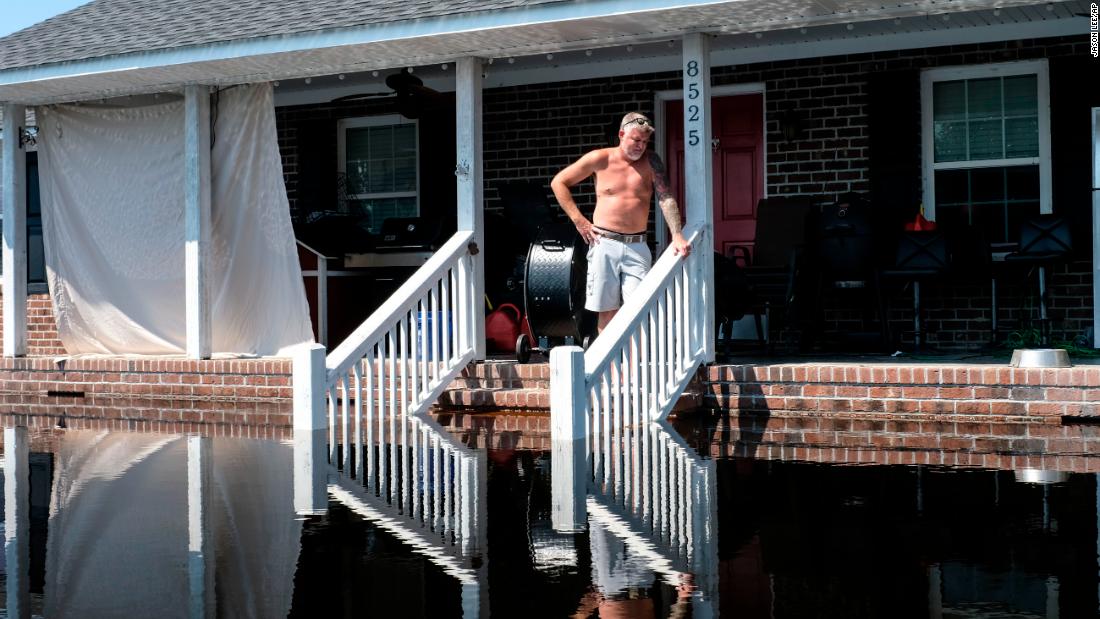 (CNN)Four days’ worth of rainfall and up to 3 feet of rain placed Hurricane Florence right behind Harvey as the second wettest storm in history.

“Florence’s rainfall was unprecedented for eastern North Carolina and make it one of the largest on record for the entire United States for areas up to 20,000 square miles,” his report said.
Florence’s heavy rainfall in just a few days also was categorized as a “one in a thousand year rainfall event” by the National Weather Service. 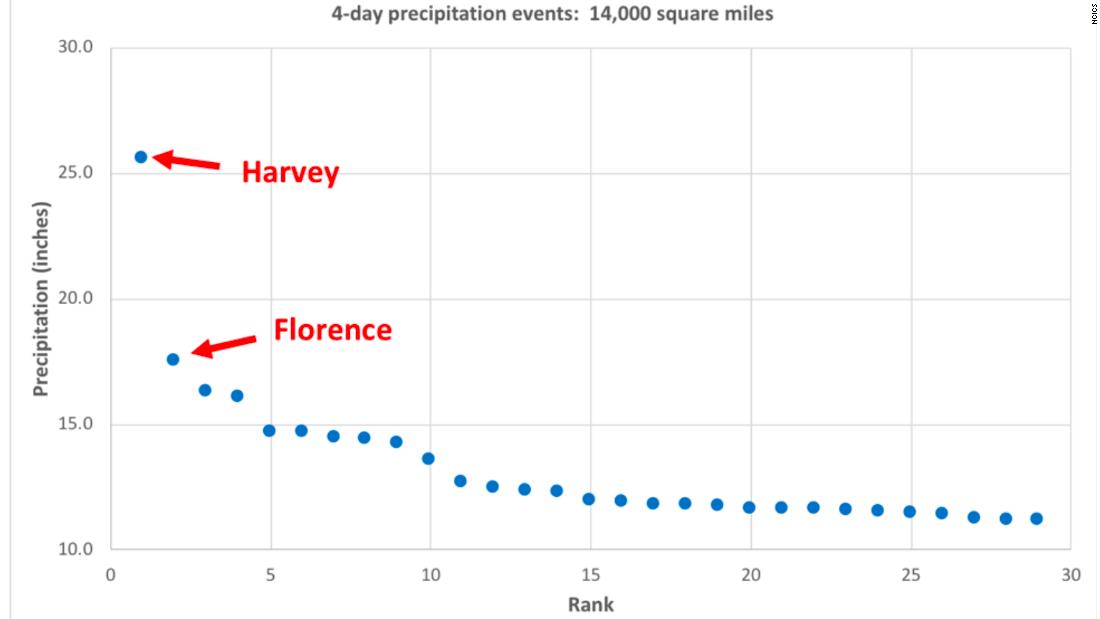 Kunkel ranked four-day rainfalls across 14,000 square miles and 20,000 square miles, both for which Harvey — which devastated Houston in August 2017 — took the first spot. Florence ranked second across 14,000 square miles, but seventh across 20,000 square miles.
Following Harvey at 20,000 square miles was Hurricane Georges which stretched across the central Gulf Coast. The two Louisiana floods of 2016, one in March and one in August, ranked third and and fourth.
Meteorologists say there’s a reason why there’s there’s been so many extreme weather events in the past couple of years.
“The fact that so many of the rainiest events that we have measured over the last 70 years have come in the past handful of years is not just by random chance,” CNN Meteorologist Brandon Miller said.
“More frequent, high-intensity rainfall events are one of the most well-understood and predicted impacts of global warming. As the planet warms, the atmosphere can hold more water vapor that it can then rain down during storms.”