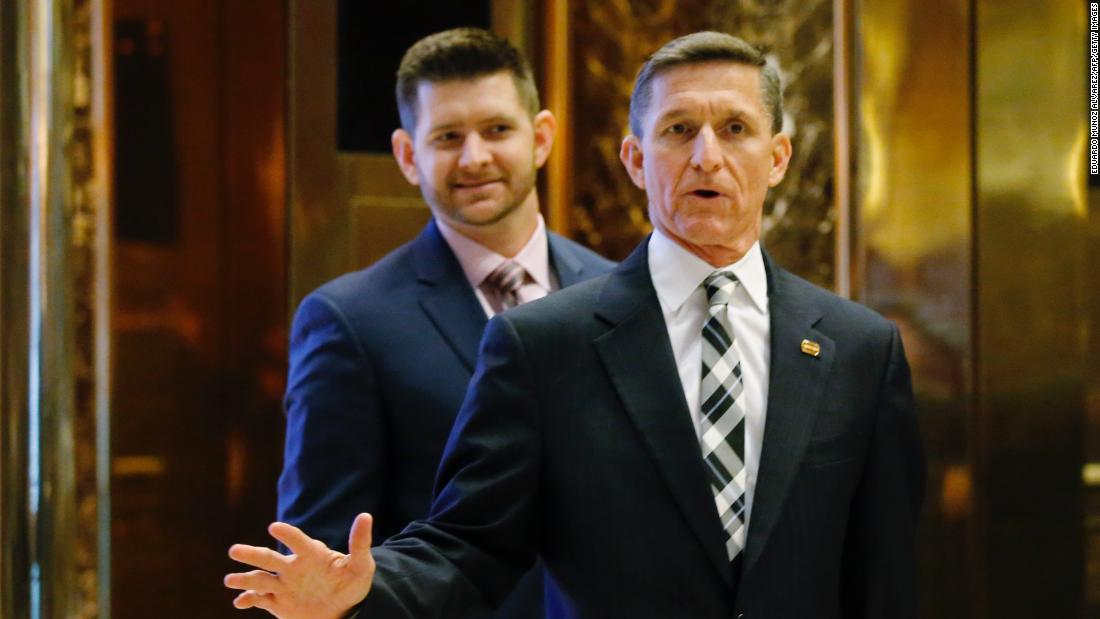 Washington (CNN)Former White House national security adviser Michael Flynn has expressed concern about the potential legal exposure of his son, Michael Flynn Jr., who, like his father, is under scrutiny by special counsel Robert Mueller, multiple sources familiar with the matter tell CNN.

Flynn’s wife, Lori, shares his concerns about their son’s possible legal exposure, according to a person who knows the family. 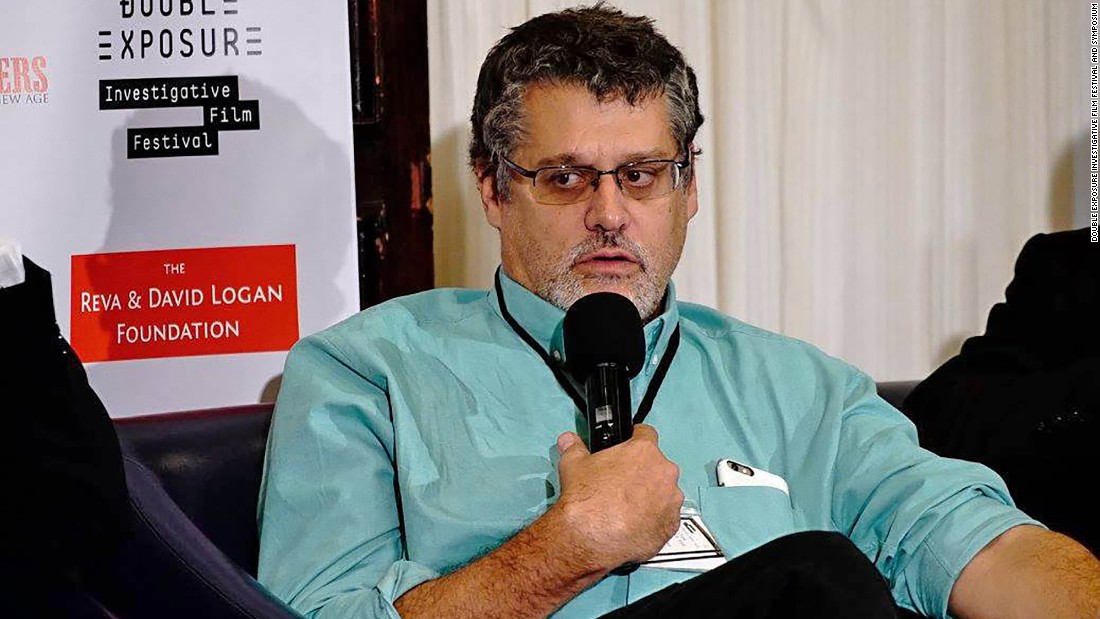 Interviews conducted by special counsel investigators have included questions about the business dealings of Flynn and his son such as their firm’s reporting of income from work overseas, two witnesses interviewed by the team told CNN. The Foreign Agents Registration Act (FARA) requires people acting as agents of foreign entities to publicly disclose their relationship with foreign countries or businesses and financial compensation for such work.
Flynn Jr., who served as his father’s chief of staff and top aide, was actively involved in his father’s consulting and lobbying work at their firm, Flynn Intel Group. That included joining his father on overseas trips, such as Moscow in December 2015. During that trip, Flynn dined with Russian President Vladimir Putin at a black-tie gala for the RT television network, which US intelligence views as a Russian propaganda outlet.
Flynn’s business dealings have been the subject of federal investigation since November 2016, prior to Mueller’s appointment in May. Flynn is also under legal scrutiny by Mueller’s team for undisclosed lobbying that he did during the presidential campaign on behalf of the Turkish government, according to sources familiar with the matter. It’s against the law to lobby in the United States on behalf of a foreign government without informing the Justice Department.
Another area of interest to Mueller’s team is Flynn’s alleged participation in discussions about the idea of removing a Turkish cleric who has been living in exile in Pennsylvania, sources said. In the past, a spokesman for Flynn has denied that such discussions occurred. 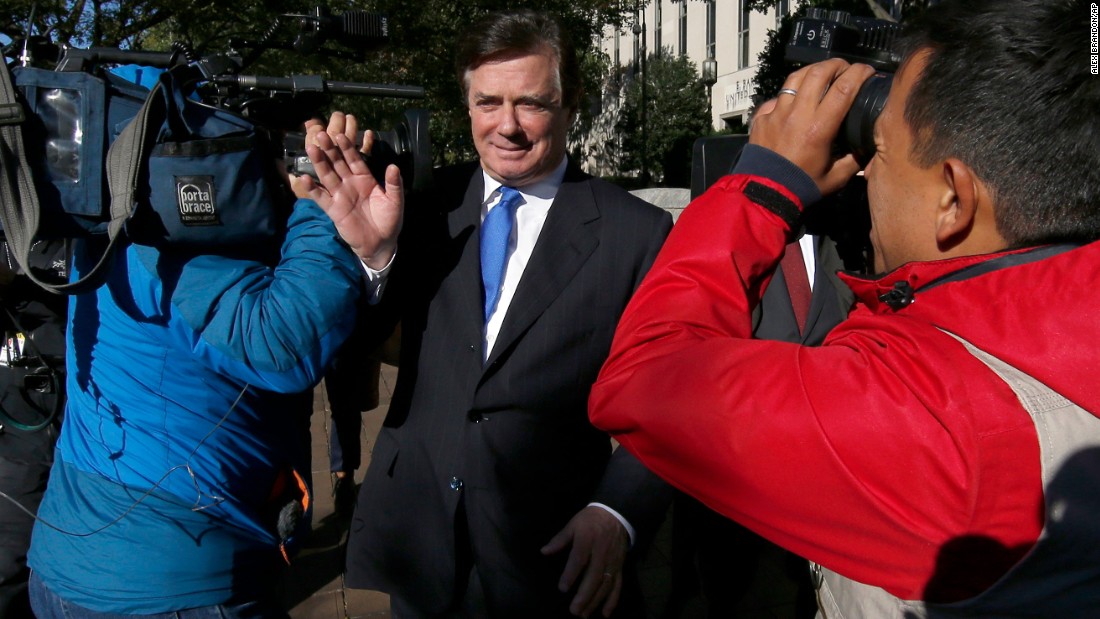 It is not clear that either of the Flynns will face charges once the investigation is complete.
Flynn’s attorney did not respond to multiple requests for comment. Flynn Jr.’s lawyer declined to comment.
“The disappointment on your faces when I don’t go to jail will be worth all your harassment,” Flynn Jr. tweeted on Sunday, responding to his online critics.
Investigators have asked witnesses about the Flynns’ social media posts and retweets, though this did not appear to be a significant focus of the investigation, according to one person interviewed by investigators.
During the campaign, Flynn and his son both followed and shared material from Twitter accounts that were recently revealed to be controlled by Russian trolls. The House intelligence committee last week released a list of Twitter handles associated with Russia’s election-meddling efforts.

Flynn’s troubles extend to Congress, where his activities have attracted the attention of the House oversight committee. The panel’s top Republican and Democrat made a stunning announcement in April after their own inquiry: Flynn likely broke federal law by taking a paid speaking engagement in Russia without US government approval, and he hid the payments from FBI investigators reviewing the security clearance he is afforded as a retired lieutenant general.
After that announcement, Flynn’s attorney told CNN that Flynn wasn’t hiding anything and that he had briefed the Pentagon’s Defense Intelligence Agency “both before and after” the trip to Moscow.
FBI investigators also have scrutinized a series of phone calls during the Trump transition between Flynn and the Russian ambassador to the US at the time, Sergey Kislyak. The conversations centered on US sanctions against Russia and whether they would remain in place during the Trump administration. 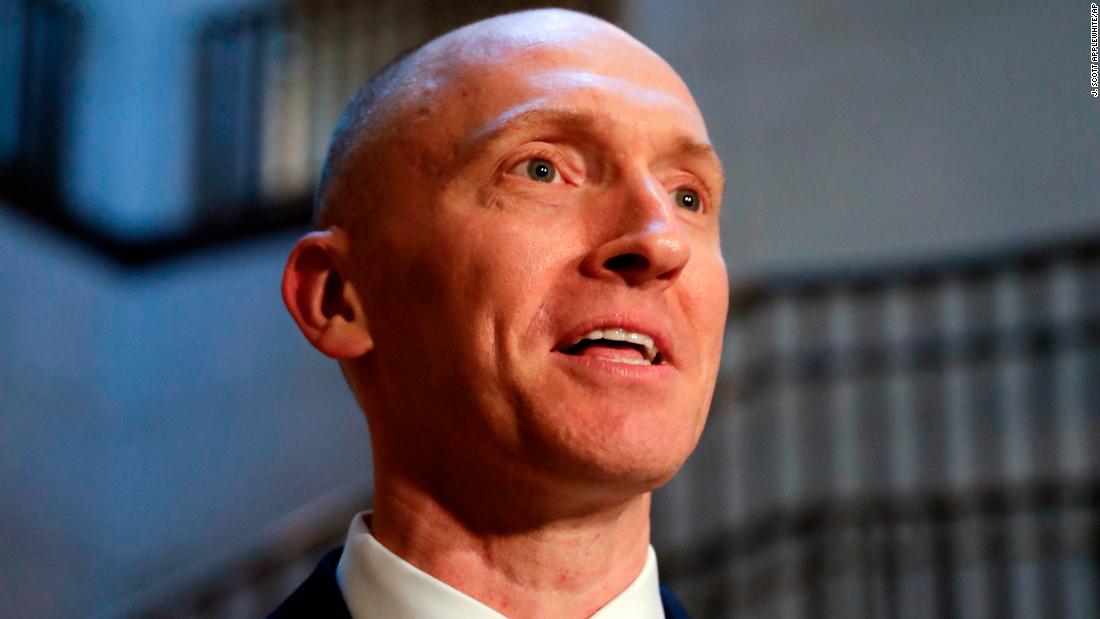 When Trump took office in January 2017, Flynn served as his national security adviser, but he resigned after one month amid questions about the Kislyak calls and his other links to Russia.
The Logan Act, passed in 1799, bans private citizens from negotiating with foreign governments, but it is hardly ever used in practice. More pressing for Flynn might be what he told the FBI about the calls.
CNN reported that Flynn initially told investigators sanctions weren’t discussed but changed his answer to say he didn’t remember. Mueller could use this to charge Flynn with making false statements — the same charge that former Trump campaign adviser George Papadopoulos pleaded guilty to last month.
The former general’s consulting firm, Flynn Intel Group, took $530,000 from a company based in the Netherlands that has extensive ties to the Turkish government.
Flynn retroactively registered as a foreign agent in March, which his lawyers said was done “to eliminate any potential doubt,” though they also said their previous filings should have been sufficient.
Former Trump campaign officials Paul Manafort and Rick Gates already face charges relating to their undisclosed foreign lobbying, for Ukraine. They were indicted by Mueller’s grand jury last month. Both have pleaded not guilty.
CORRECTION: This story has been updated to correct the month in which special counsel Mueller was appointed.