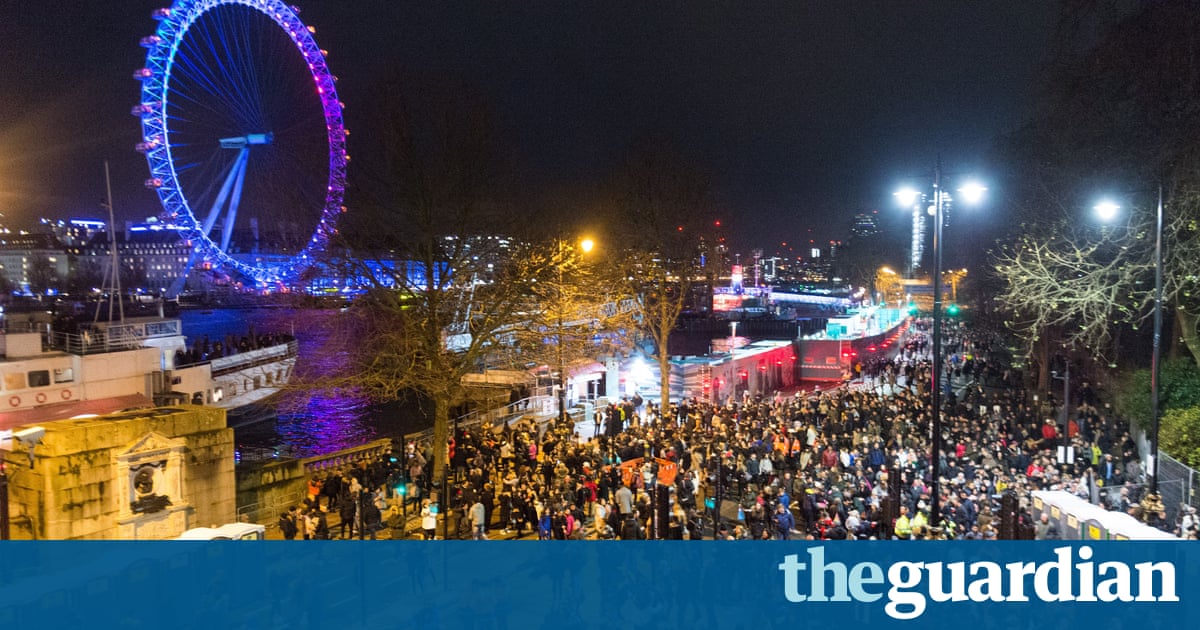 Four young men have been stabbed to death in unrelated attacks in the space of 15 hours in London, Scotland Yard said.

The killings three on New Years Eve and a fourth in the early hours of New Years Day happened in north, east and south London and none were being treated as linked, the Metropolitan police said.

The three deaths on Sunday bring the total number of fatal stabbings in 2017 to 80, Scotland Yard confirmed. The Mayor of London Sadiq Khan said he will work tirelessly in 2018 and beyond to stamp out this scourge.

The first recorded attack was at 11.30am on 31 December when an 18-year-old man was stabbed in Enfield. He died in hospital that evening.

The fourth stabbing happened at around 2.30am on 1 January, when a 20-year-old man was attacked in Old Street, east London. A second male, aged in his 20s, was taken to hospital with critical stab injuries.

Commander Neil Jerome, of the Mets territorial policing command, said: It is heartbreaking that, at a time when so many of us are contemplating what lies ahead in 2018, four families are dealing with the grief of losing a loved one to senseless violence and the callous use of knives as lethal weapons.

He urged anyone with information about the attacks to contact police or Crimestoppers.

Five men were arrested in connection with the murder in Enfield. There have been no arrests in the other cases.

Khan launched a high-profile London needs you alive campaign and knife crime strategy since he assumed office as mayor of London in May 2016.

He said: My thoughts today are with the families of four young men who have tragically been killed in four unrelated stabbings in our city last night.

The police have today assured me that everything is being done to bring to justice those responsible for these appalling acts of violence. I urge anyone with information to come forward.

The police were out in force helping people enjoy our citys fantastic celebrations last night, and I thank them. However, it is horrific that knife crime has claimed another four young lives as the New Year begins.

We will work tirelessly in 2018 and beyond to stamp out this scourge. I want to be absolutely clear – if you use a knife the full force of the law will be brought down on you. You will be caught and prosecuted.

Meanwhile, West Mercia police said a woman who had suffered what is believed to be a knife injury was pronounced dead at an address in Bromsgrove, Worcestershire, at 12.12am. A 49-year-old man was arrested at the scene after police were called to the property at 11.52pm on New Years Eve.

In Sheffield, South Yorkshire police said five men in their 20s were taken to hospital with knife wounds after an altercation at around 2.20am in Carver Street. Two of the men suffered life-threatening injuries and remain in hospital in a critical but stable condition.