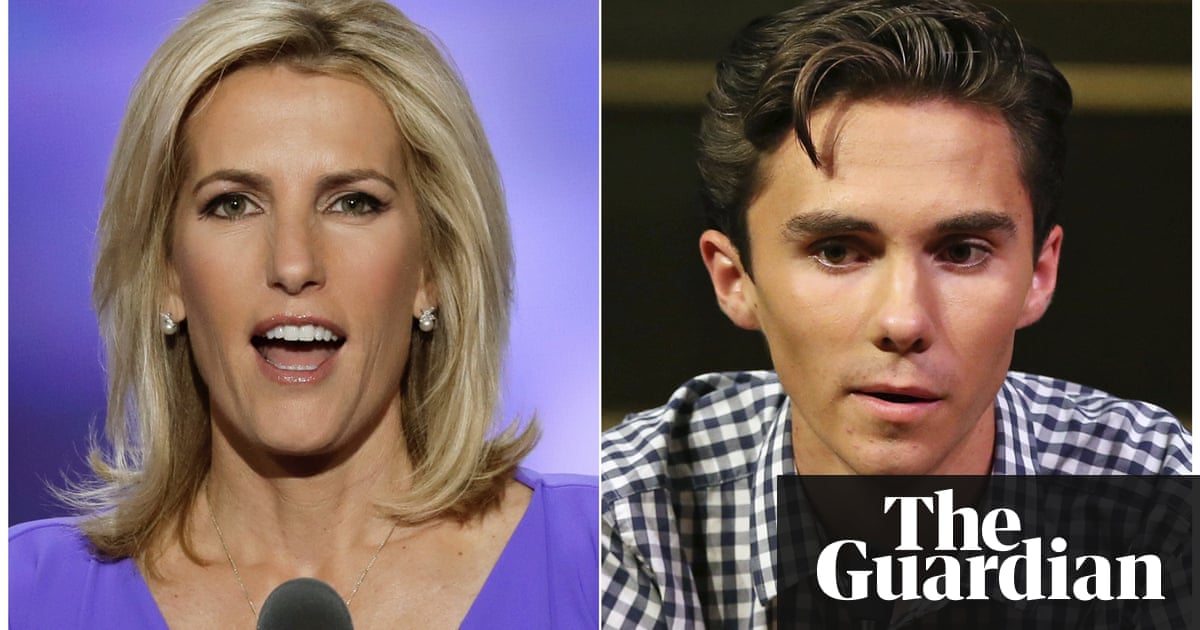 The Fox News host Laura Ingraham announced late on Friday that she would take the next week off, after 11 advertisers dropped her show over her mockery of a teenage survivor of the Florida school shooting.

Ingraham said on air she would take Easter week off with her children and a great line-up of guest hosts would fill in. In an email on Saturday, a Fox News spokeswoman said the break had already been planned.

Ingraham taunted David Hogg, 17, on Twitter on Wednesday. In response, Hogg called for a boycott of advertisers on The Ingraham Angle.

Ingraham wrote that Hogg had been Rejected By Four Colleges To Which He Applied and whines about it. (Dinged by UCLA with a 4.1 GPA…totally predictable given acceptance rates.)

Hogg is a survivor of the 14 February shooting that killed 17 people at Marjory Stoneman Douglas high school in Parkland, a suburb of Fort Lauderdale. He and other classmates have become the faces of a youth-led movement for gun control reform, last weekend leading a huge protest march in Washington DC.

Hogg tweeted a list of a dozen companies that advertise on The Ingraham Angle and urged his supporters to demand they cancel their ads.

On Thursday, Ingraham tweeted an apology.

Any student should be proud of a 4.2 GPA, she wrote, incl[uding] David Hogg. On reflection, in the spirit of Holy Week, I apologize for any upset or hurt my tweet caused him or any of the brave victims of Parkland.

For the record, I believe my show was the first to feature David immediately after that horrific shooting and even noted how poised he was given the tragedy. As always, hes welcome to return to the show anytime for a productive discussion.

Hogg wrote on Twitter: An apology in an effort just to save your advertisers is not enough. I will only accept your apology only if you denounce the way your network has treated my friends and I in this fight. Its time to love thy neighbor, not mudsling at children.

After Ingraham announced her time off, he added that she should: Have some healthy reflections this Holy Week.

He told CNN: I think its great that corporate America is standing with me. They cannot push us around, especially when all were trying to do here is save lives.

The National Rifle Association board member was a guest on the Joe Pags Show, a nationally syndicated conservative radio program. Parkland survivors were wrong to blame the NRA for mass shootings, he said, adding that the evidence is irrefutable, they have no soul.

The gun-control measures such activists support would amount to spiritual suicide, he said.