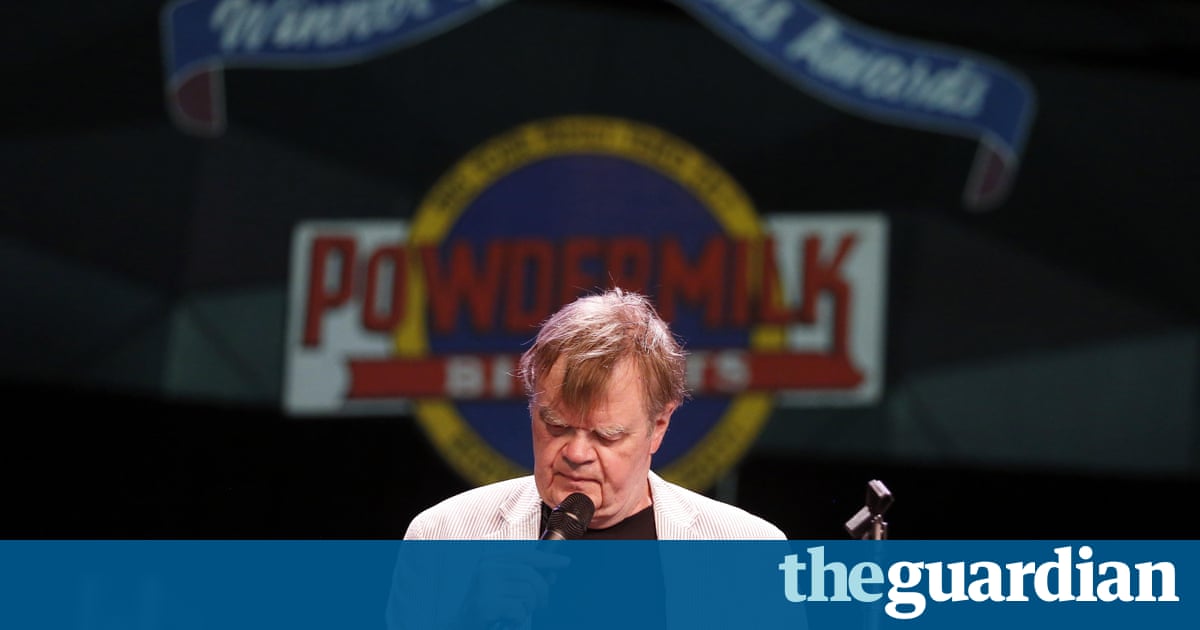 Garrison Keillor, the former host of A Prairie Home Companion, has been fired by Minnesota Public Radio over allegations of inappropriate behavior with an individual who worked with him, the broadcaster said Wednesday.

Keillor told the Associated Press of his firing in an email. In a follow-up statement, he says he was fired over a story that I think is more interesting and more complicated than the version MPR heard.

Its some sort of poetic irony to be knocked off the air by a story, having told so many of them myself, but Im 75 and dont have any interest in arguing about this. And I cannot in conscience bring danger to a great organization Ive worked hard for since 1969, Keillor said.

A person could not hope for more than what I was given, he said.

MPR did not provide details about the allegations in its statement, but Keillor told a local Minnesota newspaper that he had been accused of touching a womans bare back.

I put my hand on a womans bare back, he told the Star Tribune in an email. I meant to pat her back after she told me about her unhappiness and her shirt was open and my hand went up it about six inches. She recoiled. I apologized. I sent her an email of apology later and she replied that she had forgiven me and not to think about it. We were friends. We continued to be friendly right up until her lawyer called.

MPR said that it had been notified of the allegation last month, and that it had retained an outside law firm to conduct an investigation, which continues.

Keillor created and hosted the folksy radio variety program A Prairie Home Companion in 1974 and hosted it until 2016, when he turned over the reins to the musician Chris Thile. The popular program featured performances of folk music, skits, and Keillors storytelling about a fictionalized Minnesota town called Lake Wobegon.

MPR will terminate its contracts with Keillor and his media companies, stop rebroadcasting Keillor-hosted episodes of A Prairie Home Companion, and change the name of the shows current iteration.

Keillor has also produced another radio show and podcast, The Writers Almanac, since 1993. MPR said it would no longer distribute or broadcast that show, which features poetry and tidbits about history.

While we appreciate the contributions Garrison has made to MPR and to all of public radio, we believe this decision is the right thing to do and is necessary to continue to earn the trust of our audiences, employees and supporters of our public service, the MPR president, Jon McTaggart, said in a statement.

Keillor is just the latest powerful man in media and entertainment to face career repercussions over allegations of sexual misconduct in recent months. Also on Wednesday, the longtime Today show host Matt Lauer was fired by NBC News over allegations of inappropriate sexual behavior.

Keillor weighed in on the rash of allegations and firings himself on Tuesday, when he wrote an op-ed for the Washington Post defending Al Franken, the US senator and former comedian who has been accused of sexual misconduct by several women.

Leeann Tweeden, a Los Angeles-based news anchor, shared a photograph of Franken appearing to grope her breasts while she slept in a plane following a USO tour performing for troops. Tweeden also alleged that Franken had forcibly kissed her without consent during rehearsals for a skit.

Keillor compared Frankens broad comedy to Shakespeare, Bob Hope and Joey Heatherton, adding: On the flight home, in a spirit of low comedy, Al ogled Miss Tweeden and pretended to grab her and a picture was taken. Eleven years later, a talk show host in LA, she goes public, and there is talk of resignation. This is pure absurdity, and the atrocity it leads to is a code of public deadliness.

In an email to MPR after the firing, Keillor suggested that two women had made allegations and said, I think the country is in the grip of a mania the whole Franken business is an absurdity and I wish someone who resist it (sic), but I expect MPR to look out for itself, and meanwhile I feel awfully lucky to have hung on for so long.