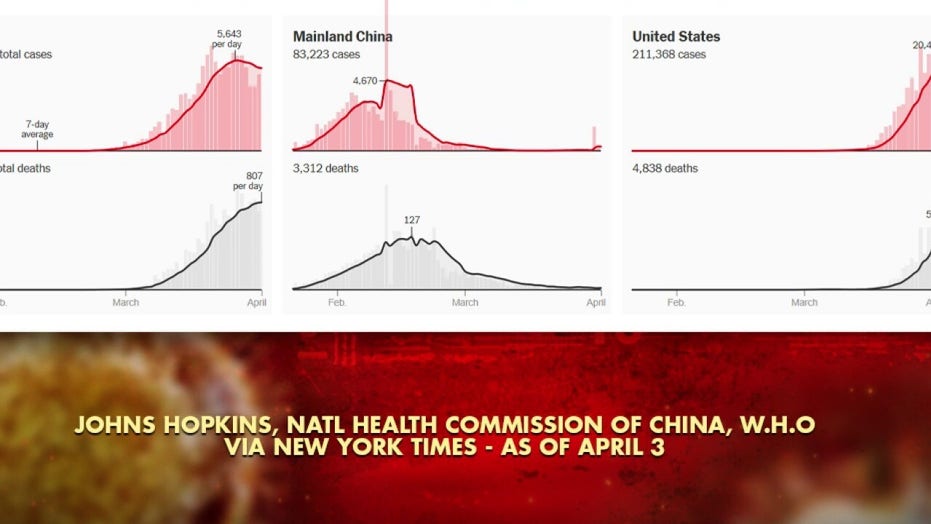 Now he has been serving up schnitzel, fried potatoes and other German favorites — of course, the tasty Aeppelwoi cider — to customers waiting in a long line of cars.

Late last year — long before most people had heard of the new coronavirus now sweeping the globe — scientists in Germany jumped into action to develop a test for the virus that originated in China.

They had one by mid-January — and labs around the country were ready to start using it just weeks later, around the same time that Europe’s most populous country registered its first case.

“It was clear that if the epidemic swept over here from China, then we had to start testing,” said Hendrik Borucki, a spokesman for Bioscientia Healthcare, which has operated 19 labs in Germany.

That quick work stood in stark contrast to delays and missteps in some other countries. “The reason why we in Germany have so few deaths at the moment compared to the number of infected can be largely explained by the fact that we are doing an extremely large number of lab diagnoses,” said virologist Dr. Christian Drosten, whose team developed the first test for the new virus at Berlin’s Charité hospital — established over 300 years ago to treat plague victims.

Metzmacher’s Zum Lahmen Esel restaurant, which has been in operation since 1807, meanwhile, normally would seat 200 people inside and another 200 in an outdoor garden.

Now, cars have driven up to a small booth in front of the restaurant, where one of Metzmacher’s 36 employees took each order before pushing a plastic tub down a makeshift slide to the car’s window to take payment at a safe distance. Driving ahead, customers would get their orders in another tub pushed to their window.

CORONAVIRUS: WHAT YOU NEED TO KNOW

Without people sticking around for a few more of the signature ciders, profit margins have been low — but Metzmacher said it’s better than nothing.

“At least we’re carrying on and we’re continuing to work,” he said.

Frank Miles is a reporter and editor covering geopolitics, military, crime, technology and sports for FoxNews.com. His email is Frank.Miles@foxnews.com.

Fun stories about food, relationships, the great outdoors and more.

You’ve successfully subscribed to this newsletter!