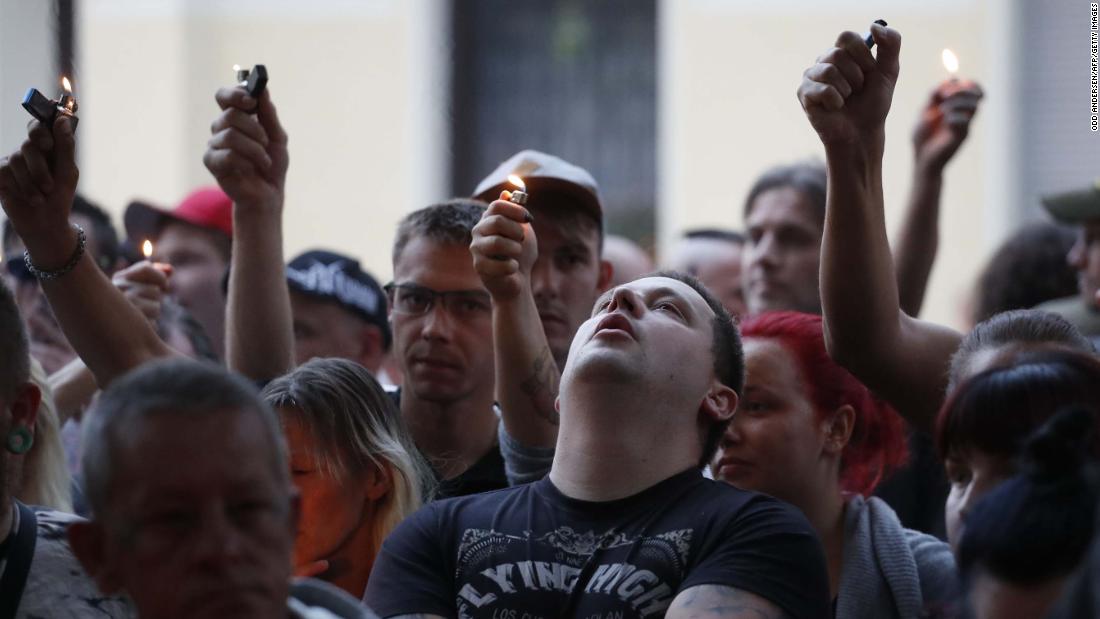 (CNN)Around 2,500 people gathered in the eastern German city of Koethen Sunday for a right-wing demonstration after two Afghan men were arrested for assaulting a 22-year-old man who later died, according to police.

Fearing a similar escalation of violence, Koethen Mayor Bernd Hauschild warned against attending the march and advised local citizens to mourn the man’s death at a commemorative event earlier in the afternoon.
Explaining his advice, Hauschild wrote in a Facebook post Sunday afternoon that he had “been informed that violent groups from outside Koethen will travel in large numbers” to attend.
State Interior Minister Holger Stahlknecht said Monday that between 400 and 500 of the 2,500 demonstrators were members of the “right-wing scene.”
Local police said Sunday that the 18- and 22-year-old suspects, both from Afghanistan, were being held on suspicion of causing bodily harm with fatal consequences.
But speaking Monday, Sachsen-Anhalt state Justice Minister Anne-Marie Keding confirmed media reports that the victim suffered from heart disease and died of a heart attack, adding that “fatal injuries could not be detected.”
RELATED: Germany’s new “stand up” movement is fueling anti-immigrant sentiment 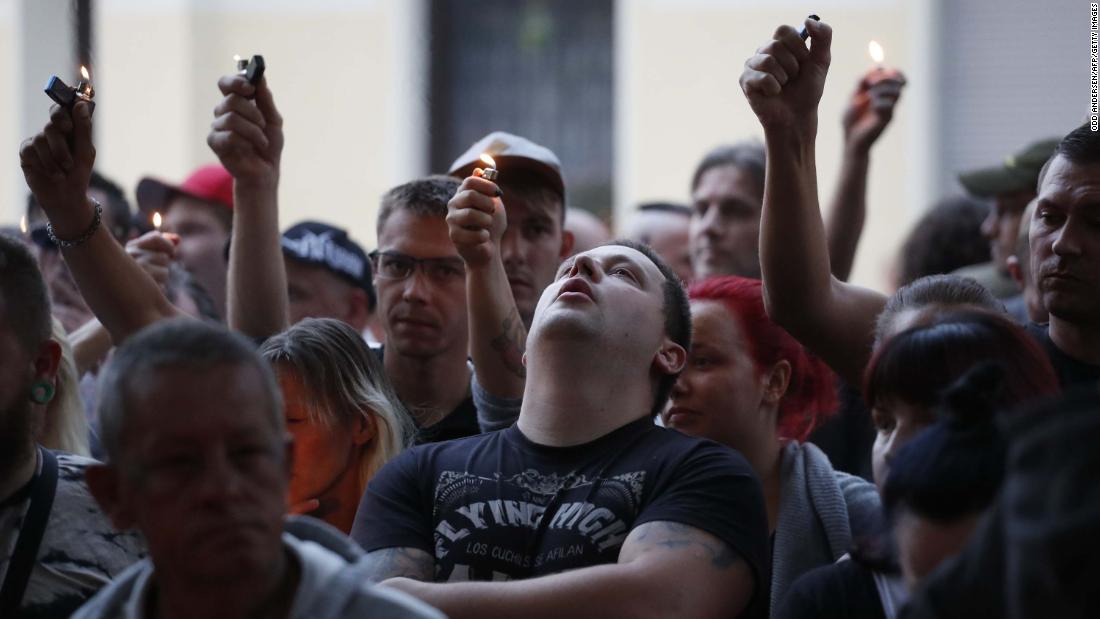 David Koeckert, a leading figure in far-right group Thuegida and former member of the NPD, a right-wing extremist party, was one of those who traveled to Koethen following multiple calls to action across social media.
Hundreds listened to Koeckert’s speech at the event, many clapping and cheering as he described immigration to Germany as an “invasion” and warned of the “slaughter of the German people.”
“This is war and can be described as such. A race war against the German people,” Koeckert said. “Do you want to remain bleating sheep or do you want to become wolves and shred them?”
RELATED: Thousands protest against far right at concert in Chemnitz 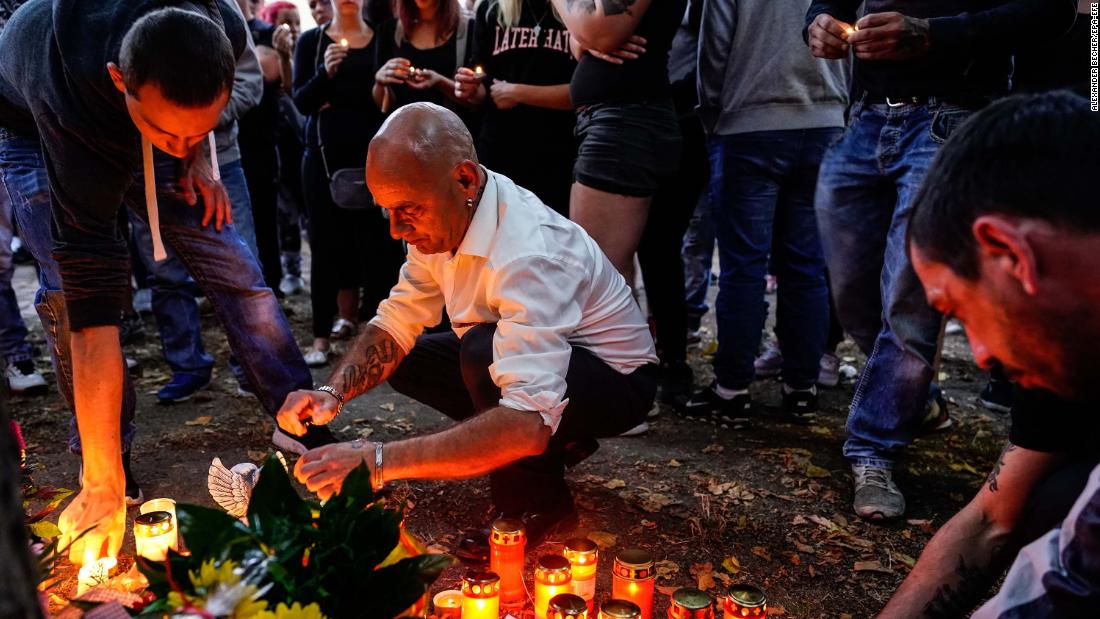 In an echo of Nazi propaganda, Koeckert urged the crowds to fight back against the growth of non-white populations across the world. White people “are now a minority,” he said. “But a minority who has a fist and will fight back.”
State police said Monday that some speeches given at the event Sunday are being investigated for possible criminality. They did not specify whether Koeckert’s speech is among them.
In footage posted by Le Monde journalist Thomas Wieder, protesters were seen marching through Koethen, calling for the return of National Socialism, and chanting, “We are the people,” a phrase used 30 years ago to call for the reunification of East and West Germany, but now frequently heard at far-right gatherings to express anti-immigrant sentiment.
The demonstration came just two weeks after thousands gathered in Chemnitz, 100 miles to the south of Koethen, to protest against immigration after the death of Daniel Hillig.
The protests reignited a debate in Germany that had been simmering since 2015, regarding the integration of hundreds of thousands of refugees, the reliability of the government body tasked with assessing asylum requests and the possibility of deporting asylum seekers with a history of criminality.