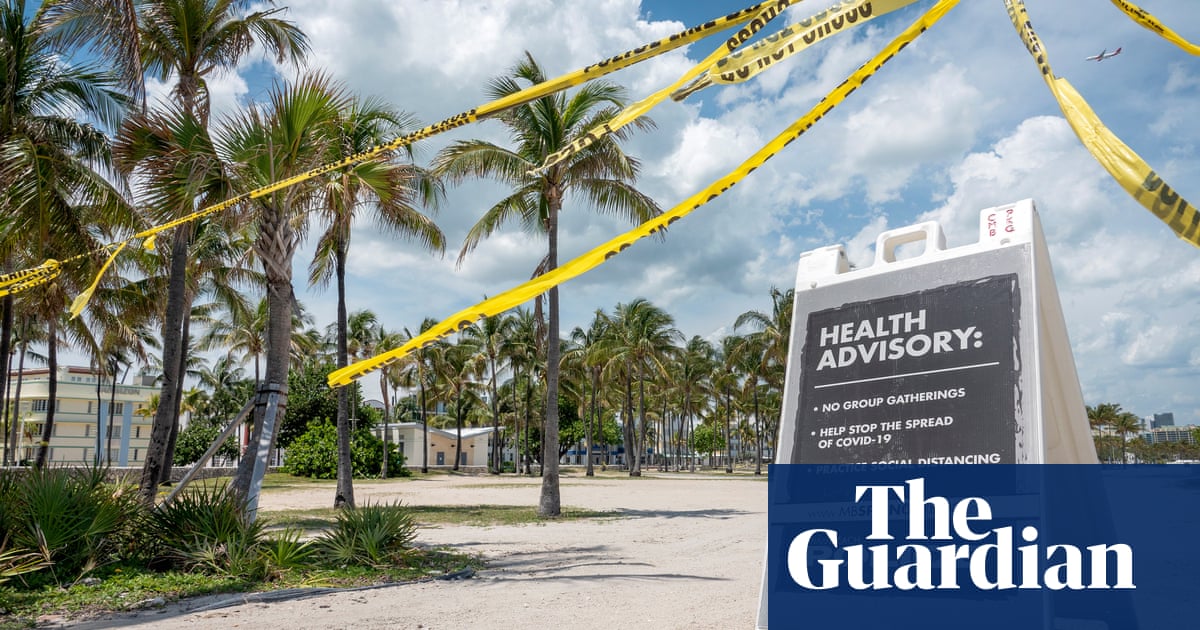 US governors seeking to relax public health restrictions on the activity of people and businesses are acting prematurely and risk inciting a second, more damaging wave of infections from the coronavirus pandemic, public health experts have warned.

A wave of reopenings is set to spread across the south and midwest of the US, led by Republican governors.

Georgia has announced it will allow the resumption of some businesses, such as barbershops and nail salons on Friday and restaurants next week, while certain beaches in Florida have already reopened to the public. Oklahoma is also set to lift restrictions on some businesses, South Carolina beaches and retail stores will reopen next week with social distancing guidelines and Nebraska is set to allow dental work and scheduled surgeries within the next two weeks.

Brian Kemp, Georgias governor, has said that he believes our citizens are ready for this and will practice social distancing advice to prevent the spread of Covid-19. Donald Trump, who previously claimed to have complete authority over the reopening of states, is now largely leaving the issue to governors. Although the president has said he strongly disagrees with Kemps position, he has called on protesters to liberate other Democratic-controlled states from strict lockdown orders.

But infectious disease experts have warned that it is too early to scale down stay-at-home orders. A lack of testing is a critical issue about 500,000 people a day need to be tested across the US in order to gradually restart the American economy, according to a Harvard estimate. But the actual testing rate lags far below that, at around 150,000 tests a day.

Experts say many Americans have quickly learned new codes of behavior by keeping their distance from others, washing their hands and, increasingly, wearing masks. But a lack of swabs and reagents needed for tests, as well as a lack of contact tracing to track infections, makes it difficult to safely resume normal life.

I dont think the US is ready, there are 50 states all at different points in their epidemic, said Yanis Ben Amor, executive director of the Center for Sustainable Development in the Earth Institute. We arent diagnosing enough people and if we dont have a testing system in place it will flare up again badly. We just dont have that testing system and as a human being Im deeply concerned about the consequences for people who think their governor is saying its safe now.

The push by some governors to reopen doesnt come with much public support.

About eight in 10 Americans support measures to limit gatherings, polling has found, with a majority feeling its too soon to lift restrictions. This view is echoed by various mayors Georgias reopening was criticized as reckless, premature and dangerous by Van Johnson, mayor of Savannah.

Countries such as Switzerland, Austria and France have tentatively outlined plans for the gradual restarting of business and social activities and the US government has provided advice to states on when to do likewise.

But Ben Amor said states like Georgia, which is still reporting significant numbers of infections, do not meet the criteria as yet.

Why the hell is Georgia opening when it isnt ticking the box of phase one? he said. It still has too many cases. There needs to be a strong, informed approach from the federal government rather than just let the states police themselves.

While infections and hospitalizations are showing signs of plateauing, the US will probably, at some point, be hit with a second wave of Covid-19 infections and experts say the approach taken in reopening the economy and implementing mass testing will be crucial in determining the severity of this second peak.

Recent modeling done by researchers at MIT, based upon the experiences of China and Italy, has found that an early reopening will spell disaster. A draft paper by the researchers warns relaxing or reversing quarantine measures right now will lead to an exponential explosion in the infected case count, thus nullifying the role played by all measures implemented in the US since mid March 2020.

If restrictions are lifted now it may take a month before a surge in new infections is apparent, a window of time that may make states feel confident in further loosening lockdown conditions. This may well lead to an attritional bout of whack a mole where states loosen and then tighten restrictions as new cases crop up, said Andy Slavitt, a former healthcare official under Barack Obama.

Slavitt said in the absence of consistent federal leadership the public should listen to high-profile public health figures such as Anthony Fauci, the governments top infectious disease expert, and be prepared for long-term changes to the rhythm of everyday life.

Until we have herd immunity and a safe vaccine that can be distributed to everyone in the country we will be in this altered state, he said. Neither will be a silver bullet, though, so maybe older and sicker people will have to socially distance for a certain time in the year on an ongoing basis. Maybe we dont do handshaking any more. Maybe we wear masks a little more.