How the female Viking warrior was written out of history

What Bj 581, the Female Viking Warrior tells us about assumed gender roles in archaeological inquiry. 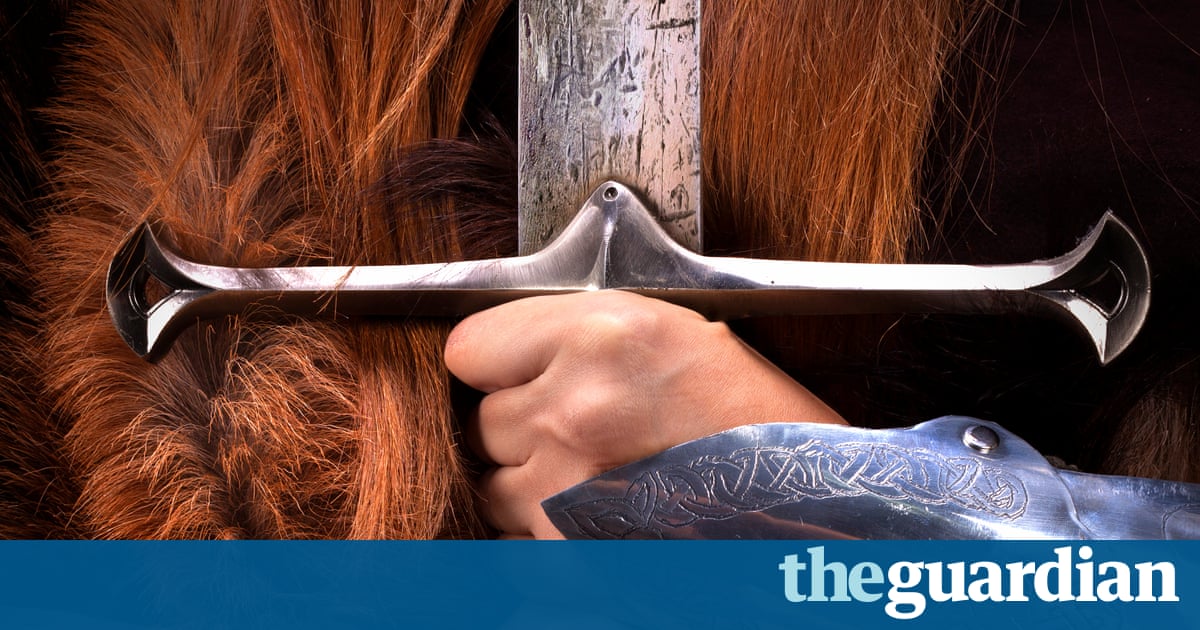 In the 1880s Scandinavian archaeologists unearthed a grave containing all the implements required for battle, including shields, an axe, a spear, a sword, and a bow with a set of heavy arrows, along with two horses, a mare and a stallion. A set of game pieces has long lead researchers to believe that this person was interested in strategy, and may have used the pieces to plan battle tactics. It was the grave of a Viking warrior and naturally was assumed to be a male. It was designated, and continues to be referred to, as Bj 581.

Physical anthropologists have long been able to identify characteristics such as sex and age from osteological analysis, and such investigations in the 1970s raised the prospect that this individual was, in fact, female. But the grave goods! Forget the physical characteristics of the skeleton itself, the occupant had to be male.

This past month the American Journal of Physical Anthropology published a short study that laid the case to rest once and for all. Hedenstierna-Jonson and her team scienced the hell out of two DNA samples taken from the skeleton, sequencing the genome, testing the mtDNA, and conducting strontium isotope analysis to not only pin down the biological sex of the skeleton, but also to identify geographic origins or biological affinities (the populations she most resembles- including the British Isles, the North Atlantic Islands, Scandinavia, and a dash of the Eastern Balkans) and the potential mobility of the individual in life. Taken together, these variables add to the already complex picture of a cosmopolitan Birka, the 8th-10th-century Viking town in which Bj 581 was interred.

While the popular story has been about a female warrior, the real story that underlies this study are the assumptions the researchers just blew out of the water. Hedenstierna-Jonson et al. do not equivocate in their statements that, for over a century, this individual was mis-identified as male because archaeologists, acculturated in a western society with strictly defined gender roles, view men alone as warriors, or soldiers, or wielders of violence. A warrior, like warfare itself, is a cultural construct, practices and professions created by human societies to fulfill specific desires. To assume uncritically that men alone are warriors leads to a cascade of other assumptions about human behaviors that renders our attempt to understand those behaviors somewhat moot.

These types of assumptions hurt the scientific endeavour of archaeology. Assumptions regarding gender roles do not just render women invisible in the archaeological record, assumptions regarding gender roles dilute our understanding of past societies and the enormous complexity of human achievements and activities. Not only are women invisible, but men are deterministic, and all of human history is nasty, brutish, and short.

This is not a new problem in archaeology and anthropology. Our most basic categorization of man the tool maker was challenged by feminist researchers such as Joan Gero in the early 1990s. Geros argument then was that stone tools, the most ubiquitous artifact in the archaeological record, were assumed to be manufactured and used by males, even in contexts, such as house and village sites, where the activities were assumed to be dominated by women. Gero illustrated clearly and concisely that ethnographic and historic evidence does not in fact support the man-the-tool maker hypothesis, and that other aspects of our modern value system- our tendency to commodify labor, to quantify energy and expenditure and therefore give those things higher value- may in fact warp many of our research questions and a priori conclusions.

Skogstrand asserts that androcentrism in archaeology does all human sexes a disservice, arguing that The fact that men are representing the entire prehistoric society is not simply because women are ignored; it is mainly because men are not gendered. By uncritically assuming modern gender roles applied in the past, we are failing to understand how past peoples lived and how they saw the world. Men are therefore rendered as invisible as women, and the past becomes boring.

Already the identifcation of Bj 581 is being bogged down in pedantic arguments questioning whether this individual could have been a warrior. The genomics is fairly certain- these are the remains of a woman who genetically was part of the Viking world, and who was interred in a Viking tomb with Viking material culture, specifically material culture associated with combat and warfare. It continues to be a challenge for some people to reconcile those variables. But those same people are missing the larger implications of the genomics study. The real questions, the interesting questions: what does it mean that Bj 581 was a female? What does this tell us about how Viking society was structured? Was Bj 581 unique, or did she represent a category of women that has been largely relegated to mythology? And what can this tell us about how violent conflict was viewed and experienced? Hedenstierna-Jonson et al. just opened up a whole line of research questions that remind us how complex, rich, and fascinating human societies actually are when we study them for who they were and not to reflect who we think we are.