How the Supreme Court is changing the rules on voting 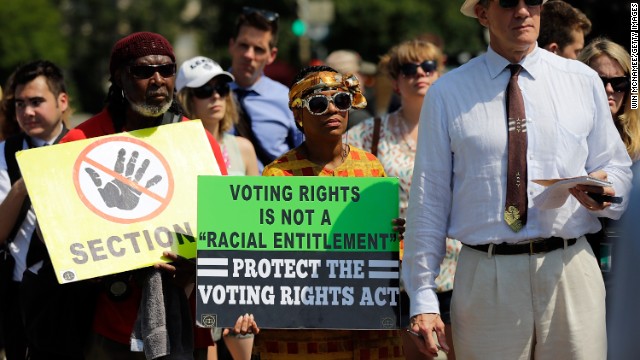 Washington (CNN)The Supreme Court continues to deliver an implicit message to civil rights advocates challenging state election practices as discriminatory: States can do what they want.

The conservative bloc under Chief Justice John Roberts has made plain that it believes states should be freer to determine their own voting maps and election practices, and that concerns about race discrimination simply do not carry the weight of earlier eras.
By a 5-4 vote on Monday, the court upheld Texas congressional and legislative districts that a lower court declared discriminated against Latinos. Earlier this month, the same 5-4 lineup of Republican-appointed justices against Democratic-appointed justices affirmed an Ohio law for purging citizens from voter rolls that challengers said would disproportionately hurt minorities.
The Texas and Ohio cases, combined with the court’s recent actions declining to rule on claims of partisan gerrymandering, and a landmark ruling on the Voting Rights Act five years ago, suggest a freer rein for states.
These decisions are likely to reverberate in upcoming elections and the post-2020 Census redistricting. As was seen in the Texas and Ohio cases, voting rights challenges typically comes from liberal, Democratic-leaning groups against Republican-controlled state legislatures. The Supreme Court trend might only strengthen the GOP hold on states and Congress.
The court’s ruling on the Texas and Ohio cases elicited scathing dissents from Justice Sonia Sotomayor, the only Latina justice, about the costs to democracy. 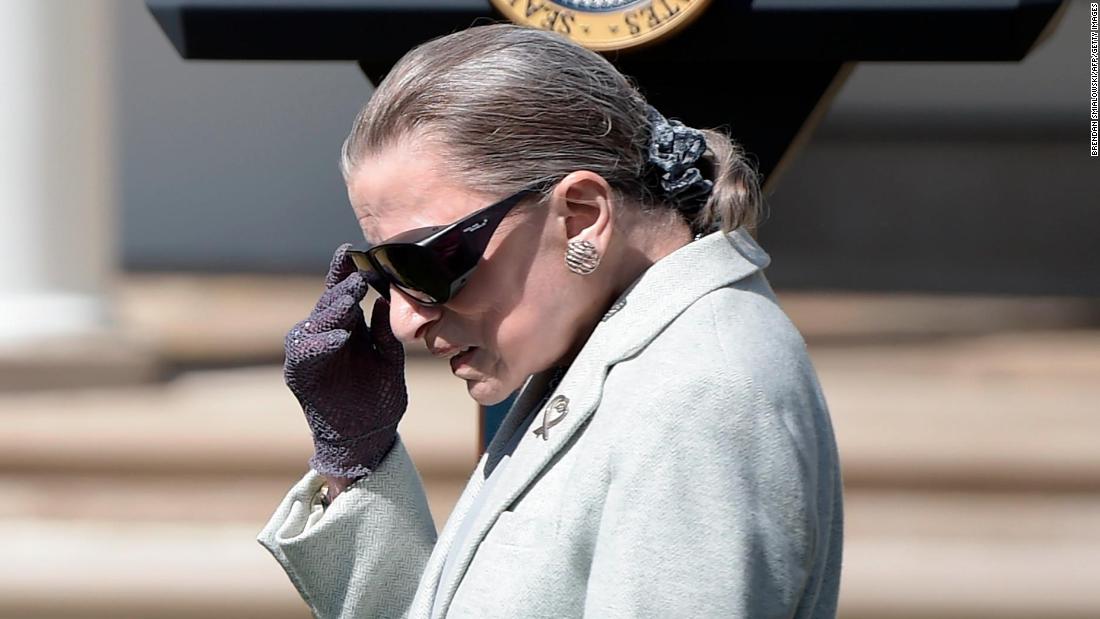 “Our democracy rests on the ability of all individuals, regardless of race, income, or status, to exercise their right to vote,” she wrote, first in her June 11 dissent and then on Monday. In the Texas case, she said, the majority was wrongly intervening in the lower-court action and blinding itself to the factual record.
Writing for the majority, Justice Samuel Alito, who also penned the decision in the Ohio case, said Texas deserved a “presumption of legislative good faith.”
“The dissent is simply wrong in claiming over and over that we have not thoroughly examined the record,” he wrote, adding, “the dissent seems to think that the repetition of these charges somehow makes them true. It does not.” 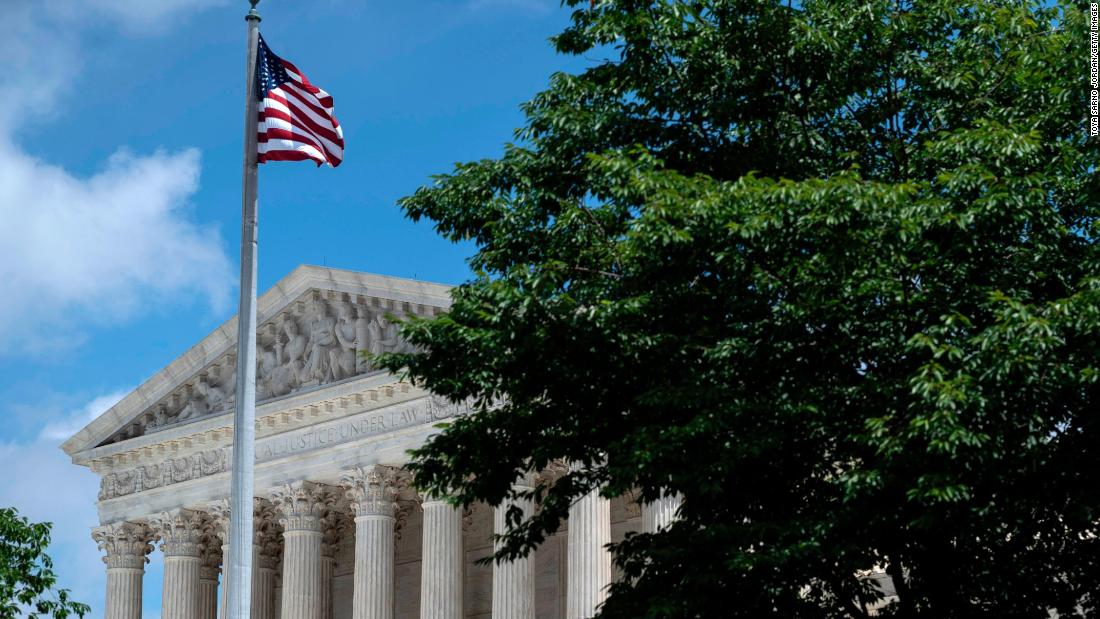 Monday’s action comes on the exact five-year anniversary of Shelby County v. Holder, when the justices — again on 5-4, liberal-conservative lines — rolled back a provision of the 1965 Voting Rights Act that required states with a history of racial bias to clear any redistricting or other electoral change with the Justice Department or a federal court.
The Texas case, which dated to the 2010 Census and new legislative maps, centered on districts that a lower court said denied Latinos an equal opportunity to elect candidates of their choice. As Alito read portions of his decision from the court’s tall mahogany bench on Monday, he emphasized the many federal requirements and protracted litigation Texas had faced through the years.
He said the record failed to prove that its state legislature, redrawing districts in 2013, had acted in bad faith or intentionally discriminated. The high court majority undertook a fresh review of the evidence — a review the dissenters said wrongly intervened in the lower court proceedings.
Homing in on one district, Sotomayor noted that the lower court had found that “political processes are not equally open to Hispanics” in Texas because of its “history of official discrimination.”
At the core of Roberts-led court voting rights conflicts is the question of state-versus-federal authority. The majority has repeatedly sided with states and suggested, as Roberts wrote in Shelby County v. Holder that “things have changed dramatically” since Congress passed the milestone 1965 act to ensure blacks and Hispanics could exercise their constitutional right to vote.
On Monday, the liberal justices plucked a different line from Roberts’ Shelby County opinion: “voting discrimination still exists; no one doubts that.”
“The court today does great damage to that right of equal opportunity,” Sotomayor concluded. “Not because it denies the existence of that right, but because it refuses its enforcement.” 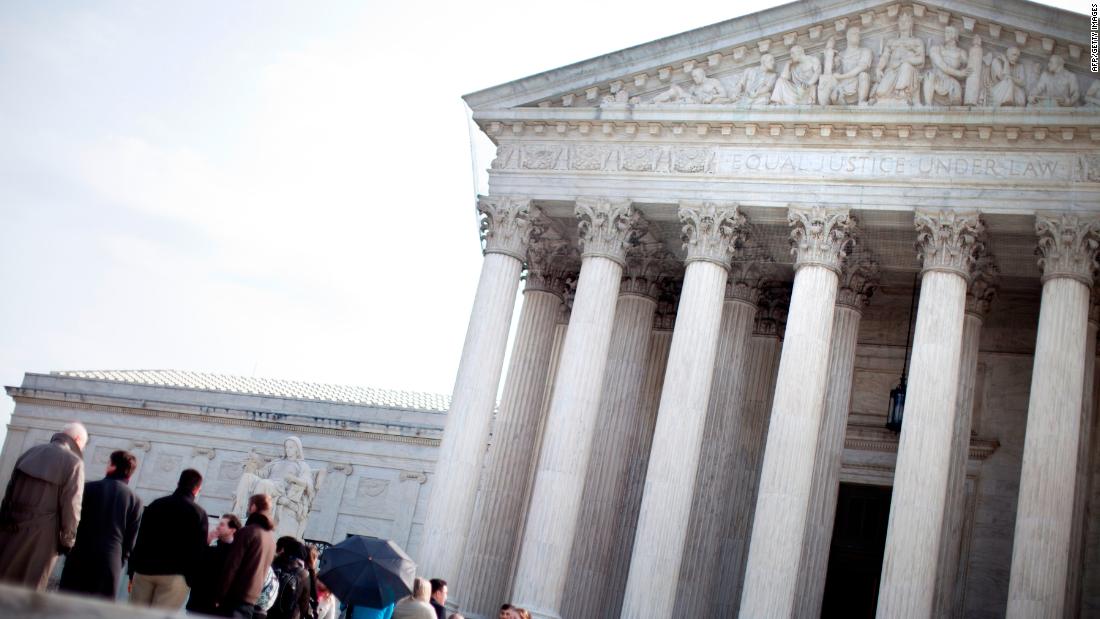