The Noor was launched by a three-stage rocket and, according to Iran officials, had reached a 425 km high orbit 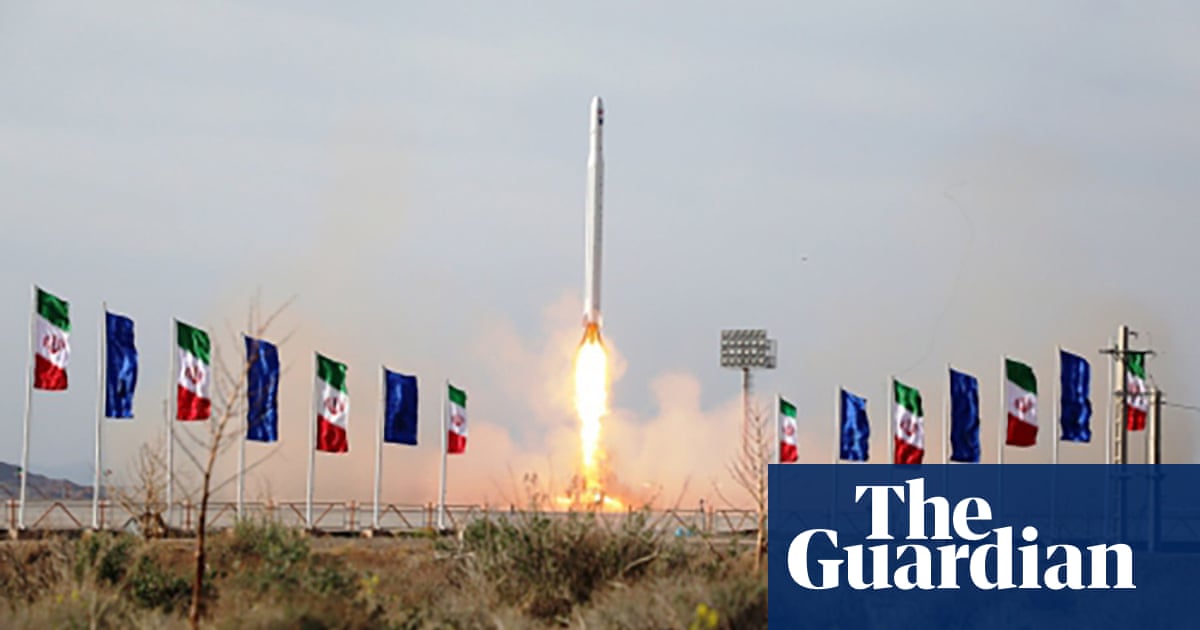 Iran has claimed it has put its first military satellite into orbit, further raising tensions with the US at a time the two countries are already facing off in the Persian Gulf.

It came on the day Donald Trump went on Twitter to announce he had ordered the US navy to shoot down and destroy any and all Iranian gunboats if they harass our ships at sea, following an incident in which nearly a dozen small Iranian boats had steered within a few yards of US warships.

The Pentagon said it was too early to say whether the Iranian satellite launch had been successful but the North American Aerospace Defence Command (NORAD) issued a new code designator for an orbiting object which appeared consistent with Noor.

I consider that this confirms that the Iranian satellite successfully reached orbit, Jonathan McDowell, an astronomer at the Harvard-Smithsonian Center for Astrophysics, commented on Twitter.

The Noor satellite was launched by a three-stage rocket which the IRGC said was powered by a combination of solid and liquid fuels.

The US secretary of state, Mike Pompeo, said the launch violated a 2015 UN security council resolution.

I think every nation has an obligation to go to the United Nations and evaluate whether this missile launch was consistent with that security council resolution, Pompeo told reporters. I dont think it remotely is, and I think Iran needs to be held accountable for what they have done.

The 2015 UN resolution Pompeo was referring to was intended to endorse a nuclear deal with Iran that the US abrogated in 2018. The resolution (UNSC 2231) said: Iran is called upon not to undertake any activity related to ballistic missiles designed to be capable of delivering nuclear weapons, including launches using such ballistic missile technology.

Although there is technological overlap between space launches and intercontinental ballistic missiles (ICBMs), Iran denies that the aim of its space programme is to pursue ICBM technology.

Its achieving both their objective of flexing muscle and implying they have the ability to go further if needed without giving the US the legal grounds to go to the UNSC, said Ariane Tabatabai, Middle East fellow at the German Marshall Fund of the US.

Covid-19 hasnt slowed down the tensions between the two sides, its exacerbated them. Neither side has shown a willingness to back down from its policy. The Trump administration introduced new sanctions even as Iran was grappling with the outbreak. Iran has resumed provoking actions.

Trump went on Twitter on Wednesday to declare: I have instructed the United States Navy to shoot down and destroy any and all Iranian gunboats if they harass our ships at sea.

The tweet came a week after 11 IRGC speed boats deliberately cut across the paths of US warships patrolling the Gulf, one of them coming within 10 yards in what US Central Command called dangerous and harassing approaches.

The Trump tweet does not appear to have marked a change of US posture in the Gulf by changing the circumstances in which the US would open fire. But General John Hyten, the vice-chairman of the joint chiefs of staff, welcomed Trumps threat.

I like that the president warned an adversary. Thats what hes doing, said Hyten. Hes providing a warning. If you want to go down that path, we will come and we will come large.

Hyten warned the Iranian gunboats: [If] youre waving, thats one thing. If you have a gun, and you point it at me, thats another thing we know exactly what that means. So if you cross that line, we know what that line is, and we will respond.