You seem detached from your own desires, says Mariella Frostrup. Think about whether this represents a long-standing emotional issue and get professional help 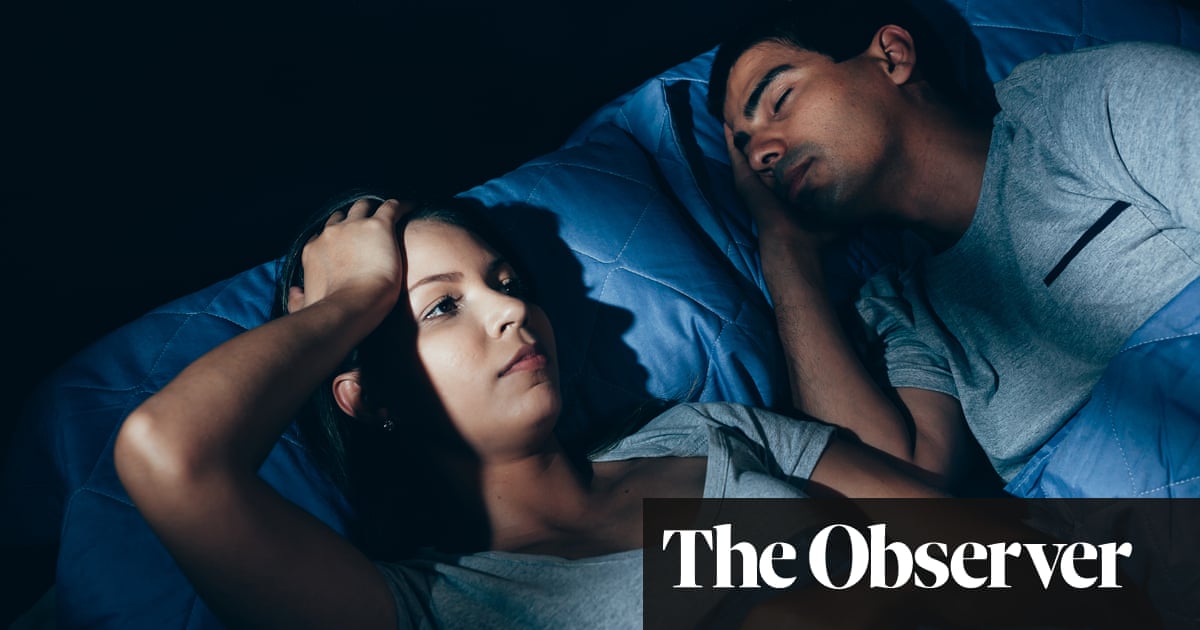 The dilemma My boyfriend and I have been dating for four years and I have faked my orgasm each time weve had sex. We met at university when I had a distorted view of what sex should be like. I was in a wild period of my life and I slept with a lot of different guys. Faking it was a way of ending the sex when I wasnt enjoying it any more and I thought it was the easiest way to communicate that I was done.

But since I faked it with him the first time, I thought I had to fake it the second time, and so on. The longer its gone on, the harder it has become to tell him, because I am afraid of losing him. He is very thoughtful and patient. If I had told him earlier we couldve moved past it, but I was too afraid. The worst thing is that our relationship is amazing. We have a mutual sense of trust and respect. I dont want to ruin it, but I feel like I already have. I know now that the goal of sex is enjoyment, but my guilt is starting to take over my thoughts and I dont know what to do. The truth would hurt him and probably knock his whole sense of trust and self-worth. There has to be another way to fix this, right?

Mariella replies Right! You must be exhausted. Thats a long time to be putting on a performance. Id like to know why you came up with orgasm dodging as a way of managing your sex life in the first place. When youre not in it for love or increased intimacy, an orgasm seems a rudimentary prize for the effort involved. Casual sex for you seems to have been relegated to a transactional activity without much of a dividend. Thats why Im puzzled that youve continued the approach into a long-term relationship. Perhaps you entered this union with little expectation of longevity? That may even be the crux of your problem a physical manifestation of an emotional block to exposure and vulnerability.

My suspicion is that making such a choice originally was about more than simply indicating that the fun was over. Pursuing an active sex life with a long-term partner, while forgoing climax, suggests a desire to keep your feelings under wraps. What you have been cheating your boyfriend of isnt simply the pleasure of knowing that hes fulfilling his share of the sexual deal, but also real access to you. Im always surprised when people tell me they have regular sex without achieving orgasm. Its a confession that often comes hand-in-hand with the revelation that their sex life is a challenge. It seems hardly surprising that, having removed the climactic moment, the process loses some of its allure, but maybe Im just selfish! Of course, sex is more than simply about satisfaction and many people enjoy the intimacy involved in foreplay and acts of physical closeness as much as (if not more than) the orgasm itself. Nevertheless, having intercourse without ever experiencing physical release must be like being a cook who cant taste food.

You dont make clear whether its an impossibility for you or you just dont invest the effort in pursuing your own satisfaction. Im not a sex therapist, but if its the former, you need to look for further practical advice and insights from a professional (contact brook.org.uk, 0800 0185 023 for help and advice). Can you have an orgasm on your own? Most women are able to climax, although if youre taking anti-depressants it can be a problematic side-effect.

This is a big thing to keep from your boyfriend and its a deception that cant continue. Having an orgasm may not be a priority for you, but honesty in your relationship has to be. There is clearly something not working. The more I think about your dilemma the more questions I have, which makes it difficult to offer advice. In such a position of ignorance, the best I can do is confirm that maintaining the current status quo is not an option.

As with all relationship issues, the first place to look for answers is within. We cant change anything beyond our boundaries unless we first learn how to transform ourselves. Think seriously about how much this physical problem could be representative of some long-standing emotional issue. Why dont you want to let go?

Involving your boyfriend in pursuit of your elusive climax may eventually be the right route, but first Id set about trying to change the dynamic in your relationship. Its up to you to work out what would provoke change, physically, of course, but especially emotionally. Immersing yourself in a more sensual world is an option.

If your ambition is now to make this relationship work for the long haul, all cards need to be on the table, and that means if its not something you can resolve alone, hell need to be part of the equation. Whatever way you approach it, the biggest issue here is that you seem untethered from your own desires and nervous about achieving fulfilment more generally in your life. Thats where Id start looking for answers.

Comments on this piece are premoderated to ensure discussion remains on topics raised by the writer. Please be aware there may be a short delay in comments appearing on the site.