Jamie Carragher has apologised on Twitter as his employer Sky calls a spitting incident, which came after Liverpools defeat at Manchester United, unacceptable 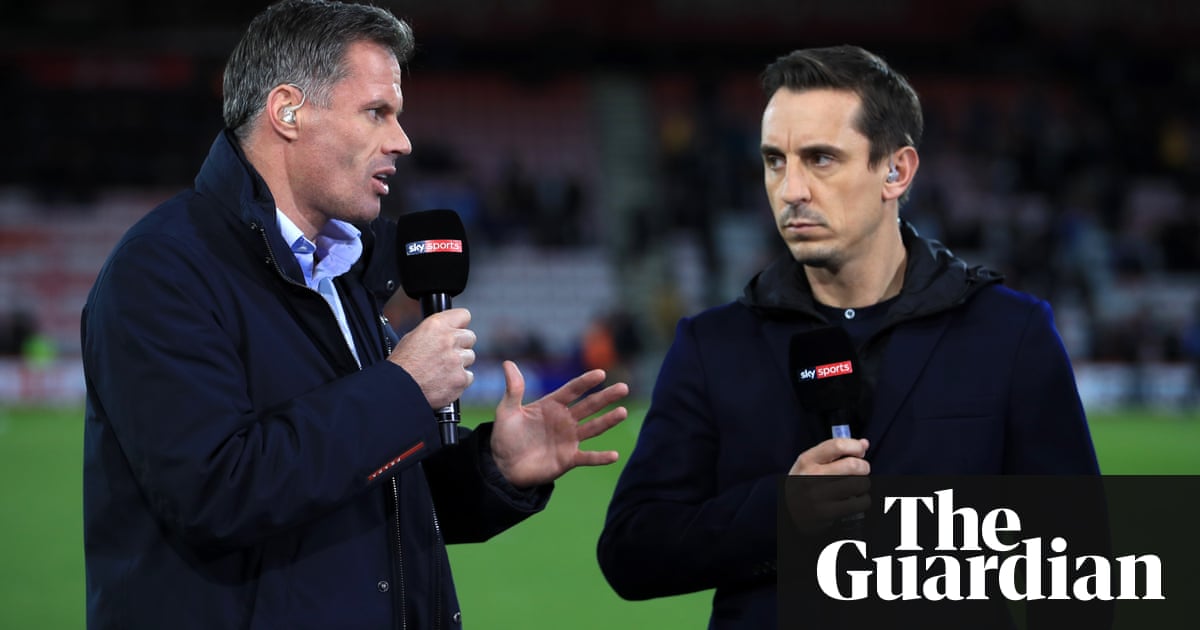 Jamie Carragher will hold talks with Sky Sports on Monday after being caught on video spitting towards a 14-year-old girl following Liverpools 2-1 defeat at Manchester United.

The football pundit apologised on Sunday evening for the incident via Twitter but a spokesperson for Sky reprimanded the former Liverpool defender, calling his actions unacceptable.

The incident, which was caught on a mobile phone and obtained by the Daily Mirror, came following the Saturday lunchtime match at Old Trafford, with Carragher embroiled in a tasteless episode while driving, ending with him winding down his window and spitting towards another car carrying a teenage girl.

The 14-year-old United supporter was in the passenger seat while her father was driving and talking to the former England defender about the game. When the driver repeatedly mentioned the score, Carragher is heard to say: All right, before spitting at the car alongside his. The incident, recorded by the girls father, ends with the daughter saying to her dad that Carraghers spittle had hit her in the face.

In a tweet on Sunday night Carragher wrote: Totally out of order & Ive apologised personally to all the family this evening. I was goaded 3/4 times along the motorway while being filmed & lost my rag. No excuse apologies.

However, a spokesperson for the channel said: Its unacceptable behaviour and we will be addressing it with Jamie.

Carragher apologised for a second time on Monday, saying: Ill speak to the family again. Im sorry. Ill apologise again today properly. Asked if he had seen the girl in the car, he replied: I didnt, to be honest, she was leant back. I wish she wasnt involved. I hate that she was involved more than anything.

The incident is undoubtedly an embarrassing episode for Sky Sports and will place pressure on the channel to make an example out of the 40-year-old. Carragher was due to front the Monday Night Football programme as Skys cameras travel to Stoke v Manchester City but much will depend on the outcome of Mondays meetings.

Carragher has been a mainstay of Sky Sports football coverage since he retired from the game in 2013, now earning an annual salary thought to be in excess of 1m.