Moon Chung-in quashes health rumours, saying North Korean leader has been in Wonsan a resort town in the countrys east since 13 April 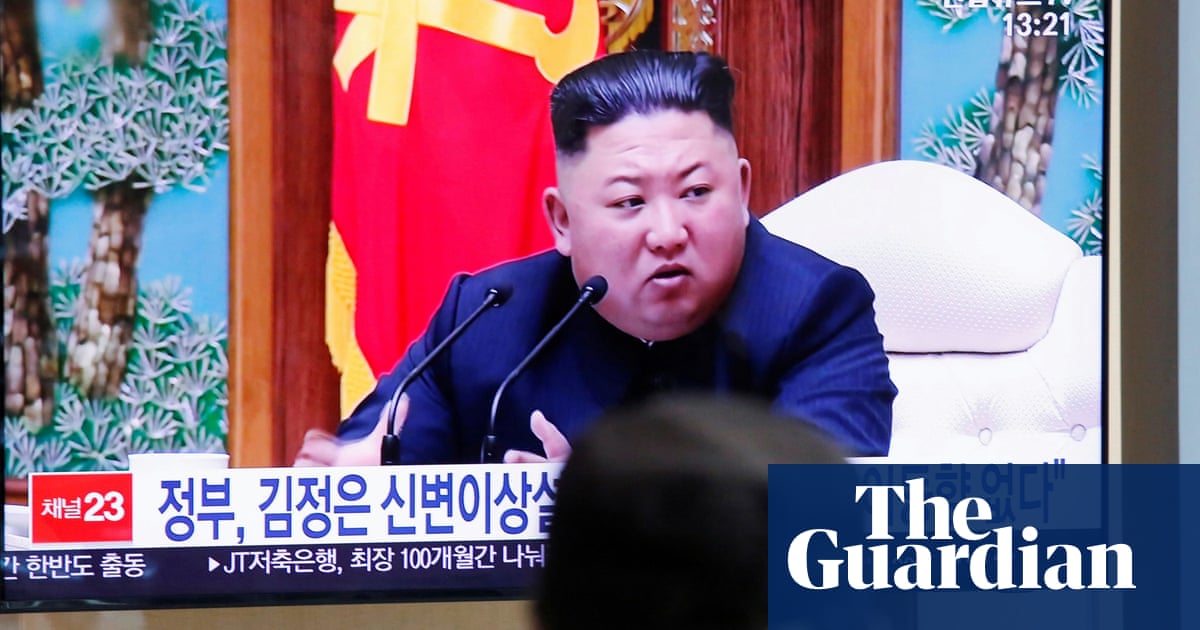 South Korea has said that Kim Jong-un, is alive and well, downplaying rumours that that the North Korean leader was seriously ill after undergoing heart surgery.

Our government position is firm, Moon Chung-in, a special adviser on national security to the South Korean president, Moon Jae-in, said in an interview with CNN on Sunday. Kim Jong-un is alive and well.

The adviser said that Kim had been staying in Wonsan a resort town on the countrys east coast since 13 April, adding: No suspicious movements have so far been detected.

Conjecture about Kims health has grown since his conspicuous absence from the 15 April celebrations for the birthday of his grandfather Kim Il-sung, the Norths founder the most important day in the countrys political calendar.

Kim has not made a public appearance since presiding over a Korea Workers party politburo meeting on 11 April. His absence has unleashed a series of unconfirmed media reports over his condition, but officials in Seoul and Beijing have insisted that there is nothing to suggest Kim is unwell.

We have nothing to confirm and no special movement has been detected inside North Korea as of now, the Souths presidential office said in a statement last week.

Speculation about Kim grew after Daily NK, a Seoul-based online media outlet that employs North Korean defectors, claimed he was recovering after undergoing a cardiovascular procedure earlier this month.

Citing a single unidentified source inside the country, it said Kim, who is believed to be 36, had required urgent treatment due to heavy smoking, obesity and fatigue.

Soon afterwards, CNN reported that Washington was monitoring intelligence that Kim was in grave danger after undergoing surgery, quoting what it said was an anonymous US official.

The US president, Donald Trump, on Thursday rejected reports that Kim was ailing but declined to state when he was last in contact with him.

On Monday, North Koreas official Rodong Sinmun newspaper reported that Kim had sent a message of thanks to workers on the giant Wonsan Kalma coastal tourism project. State media have carried several reports in recent days referring to statements or actions taken in Kims name, although none has been accompanied by pictures of the leader.

Satellite images reviewed by 38 North, a Washington-based North Korea monitoring project, showed that a train thought to belong to Kim had been parked at his compound in Wonsan for several days.

Citing an analysis of recent satellite photos of the area, 38 North said at the weekend that the 250m-long train was not present on 15 April but was seen at the leadership station on both 21 and 23 April.

The site said the train appeared to have been repositioned for departure on the latter date, but added that there had been no indication of when it might leave. The station is reserved for the use of the Kim family, it added.

The trains presence does not prove the whereabouts of the North Korean leader or indicate anything about his health but it does lend weight to reports that Kim is staying at an elite area on the countrys eastern coast, the 38 North report said.

Reporting from inside the isolated North is notoriously difficult, particularly when it comes to the regimes leadership.

This is not the first time Kims absence from public life has sparked rumours about his health. He dropped out of sight in late 2014 but reappeared more than five weeks later using a walking stick. Days later, South Koreas spy agency said he had undergone surgery to remove a cyst from his ankle.