China confirmed Wednesday that Kim Jong Un met with President Xi Jinping on a surprise visit to Beijing, and said the North Korean leader would be willing to give up his nuclear weapons and hold a summit with the U.S.

“The issue of denuclearization of the Korean Peninsula can be resolved, if South Korea and the United States respond to our efforts with goodwill, create an atmosphere of peace and stability while taking progressive and synchronous measures for the realization of peace,” Kim said during the four-day visit, according to Xinhua.

Xi said that China continues to push for denuclearization of the Korean Peninsula and made four proposals to improve relations with North Korea, including maintaining frequent contact with Kim. Xi said China will continue to share friendship with North Korea as a “strategic choice” that “will not change because of any single event at a particular time.” 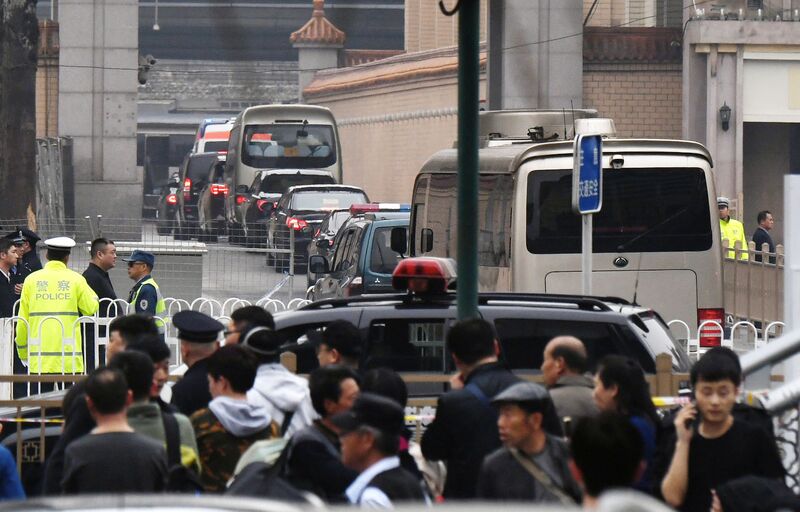 "We speak highly of this visit," Xi told Kim, according the Xinhua story that repeatedly referred to the two leaders as comrades.

"We are willing to work together with DPRK comrades, remain true to our original aspiration and jointly move forward, to promote long-term healthy and stable development of China-DPRK relations, benefit the two countries and two peoples, and make new contribution to regional peace, stability and development," Xi said.

North Korea’s state-run Korean Central News Agency also confirmed the meeting, but didn’t specifically mention denuclearization or the planned summit with Trump. It was his first known visit outside the country since taking power in 2011.

Kim Jong Un invited Xi to make an official visit to the North Korea "at a convenient time" and the invitation was accepted "with pleasure," KCNA said.

The visit comes amid a diplomatic flurry in Asia as leaders jockey for face time with Kim and seek to defuse tensions over North Korea’s nuclear weapons program: He’s due to have a summit with South Korean President Moon Jae-in in April, and potentially meet U.S. President Donald Trump before the end of May, while Japan’s prime minister has indicated he’d like to talk. 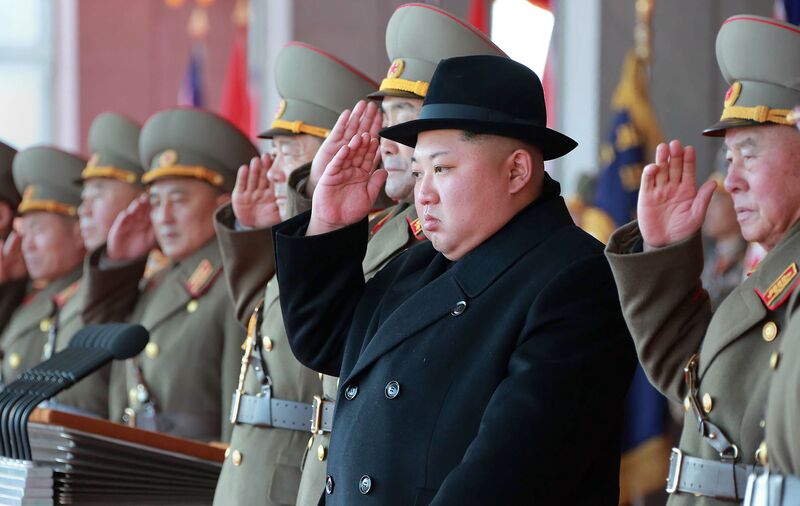 White House Press Secretary Sarah Huckabee Sanders said in a statement that China had contacted the U.S. to brief it on Kim’s visit to Beijing.

"The United States remains in close contact with our allies South Korea and Japan," Sanders said. "We see this development as further evidence that our campaign of maximum pressure is creating the appropriate atmosphere for dialogue with North Korea."

Speaking in parliament, Japanese Prime Minister Shinzo Abe said talks shouldn’t be held for the sake of talks, while stressing the importance of maintaining sanctions on North Korea.

The nuclear frictions also risk getting caught up in broader geopolitics. Trump’s efforts to get China to cut its trade surplus with the U.S. have caused tensions with Beijing, alongside his willingness to entertain greater interactions with Taiwan, a democratically-ruled island that China considers a province. Xi has found himself preparing for a trade war with Trump, even after supporting progressive rounds of United Nations sanctions against Kim’s regime. 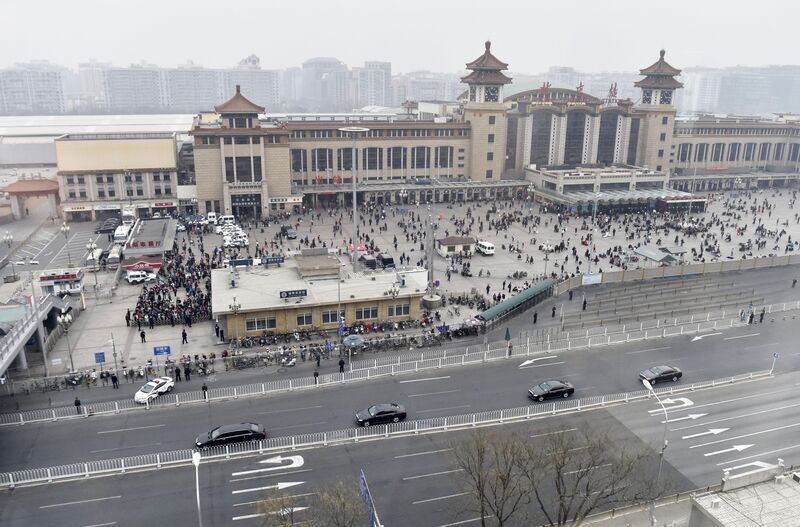 “The Chinese may have thrown the olive branch to Kim to keep him on its side,” said Zhang Baohui, director of Lingnan University’s Centre for Asian Pacific Studies in Hong Kong. “I guess Beijing will, while encouraging Kim to complete a nuclear deal with the U.S., offer him massive economic aid.”

Trump announced this month he’d grant an unprecedented meeting to the North Korean leader, after South Korean officials said Kim was willing to discuss giving up his arsenal. Still, North Korea’s state media haven’t confirmed the summit, and details on when and where it would happen are not yet worked out.

While Kim Jong Il was in power, Chinese and North Korean official sources usually waited until his return to Pyongyang to confirm he’d been in China. An exception was his final trip in May 2011, when Chinese state media reported the elder Kim’s meeting with then-President Hu Jintao a day before he left the country. 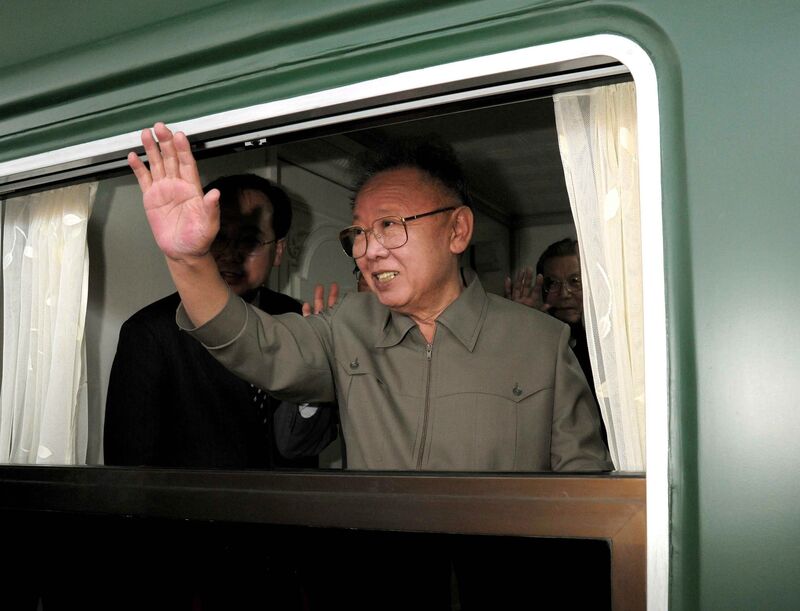 Ties between China and North Korea, who fought together against South Korean and U.S. forces during the Korean War, have been strained as China backed sanctions crimp the country’s energy imports and sources of foreign cash. Kim has also shown less willingness than his father to take China’s counsel: Not long after coming to power he executed his uncle, who was a key conduit for communication with Beijing.

While China opposes North Korea’s nuclear weapons, it also doesn’t want to see Kim’s regime collapse or war break out on the Korean Peninsula. Any instability could lead to a refugee crisis or potentially U.S. troops on its border.