Previous winners Han and Lszl Krasznahorkai nominated for 50,000 award for translated fiction, on a longlist that spans Iraq to Taiwan 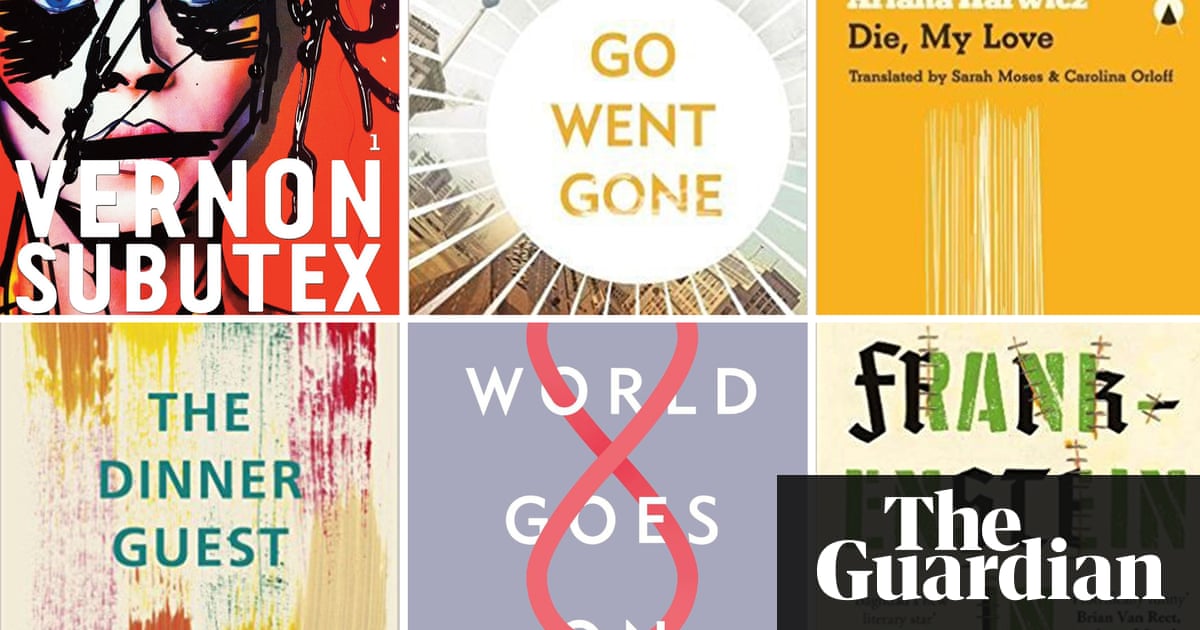 Former winners of the Man Booker International prize Han Kang and Lszl Krasznahorkai will go head to head on this years longlist, competing with the cream of authors from around the world for the 50,000 award.

Korean novelist Han, who won the 2016 prize for her novel The Vegetarian, is longlisted this year for The White Book, a meditation on grief centred on the death of her baby sister two hours after birth. Hungarian Krasznahorkai, who is frequently tipped as a contender for the Nobel prize for literature and who won the Man Booker International in 2015, is in the running with The World Goes On, a series of stories told by an enigmatic narrator.

Chaired by the author Lisa Appignanesi, the judges considered 108 books, with their longlist of 13 titles ranging from the horror of Iraqi author Ahmed Saadawis Frankenstein in Baghdad, in which a monster roams the streets of the US-occupied city, to Taiwanese writer Wu Ming-Yis The Stolen Bicycle, which sees a writer embark on a quest to find both his vanished father and the titular missing bike.

Its a cornucopia of a list greats people will recognise and some newcomers, said Appignanesi. She described the process of judging the award as exhilarating. Every time you pick up a book youre not only in a different geographical location but in a different form of cultural imagination with a whole different set of traditions to take on board and that in itself is exhilarating, she said.

Two heavy hitters from Spain Javier Cercas and Antonio Muoz Molina have also made the longlist, alongside fellow Spanish writer Gabriela Ybarra for her debut, The Dinner Guest. Acclaimed German writer Jenny Erpenbeck is nominated for her novel about African asylum seekers Go, Went, Gone, as is the bestselling French novelist Laurent Binet for The 7th Function of Language, in which a character begins to suspect he is a character in a novel. His fellow French writer Virginie Despentess Vernon Subutex 1, is apost punk street novel set in the rock world, said Appignanesi.

She praised the strong showing from independent publishers on this years 13-book longlist: independent presses accounted for more than half of the nominated titles.

I think we have to raise our hats to independent publishers. It does cost money to translate, its harder to publish, harder to sell. But I think the readership for foreign fiction is growing and growing and that can only be a good thing. Weve always been an island that looks out to the world, and heres the world coming to us in an extraordinary range of ways. Thats terrific, said Appignanesi.

Tastes have shifted in Britain and theres a great hunger for seeing things afresh, for fresh uses of the novel, fresh work. [Translated fiction] not only opens our minds but it opens our hearts as well. You are living with people as you read.

The longlist is completed with Argentine author Ariana Harwiczs Die, My Love, Austrian Christoph Ransmayrs The Flying Mountain and Polish writer Olga Tokarczuks Flights. There are 10 languages represented in the line-up; one translator, Frank Wynne makes the cut twice, for translating Cercas and Despentes. The 50,000 prize, which is intended to celebrate the finest works of translated fiction from around the world, is divided equally between the author and the translator of the winning entry.

Appignanesi, and her fellow judges the poet Michael Hofmann, authors Hari Kunzru and Helen Oyeyemi and journalist Tim Martin will announce their shortlist on 12 April. The winner will be revealed on 22 May.