In last week’s recap, I apologized to The Challenge editing team. This week, I take it back. F*ck you. Last night’s episode was shocking for more than one reason. Not only did we get an elimination that was completely unexpected, but we also got another episode edit that made literally no sense. I’m beginning to wonder if John puts these things together himself. Luckily I have been granted the opportunity to write this recap and let everyone know the TRUTH about what really went on.

Before we jump into this week, let’s recap last week: Kyle and Brad got eliminated and were sent to Redemption, where an underwhelming meet-and-greet with their enemy Paulie wasted five minutes of my life. Zach and Amanda embarrassed everyone with how quickly they took the day’s W. I was the only cast member to actually build a makeshift stick out of twigs because my partner has lost complete sight of the game. 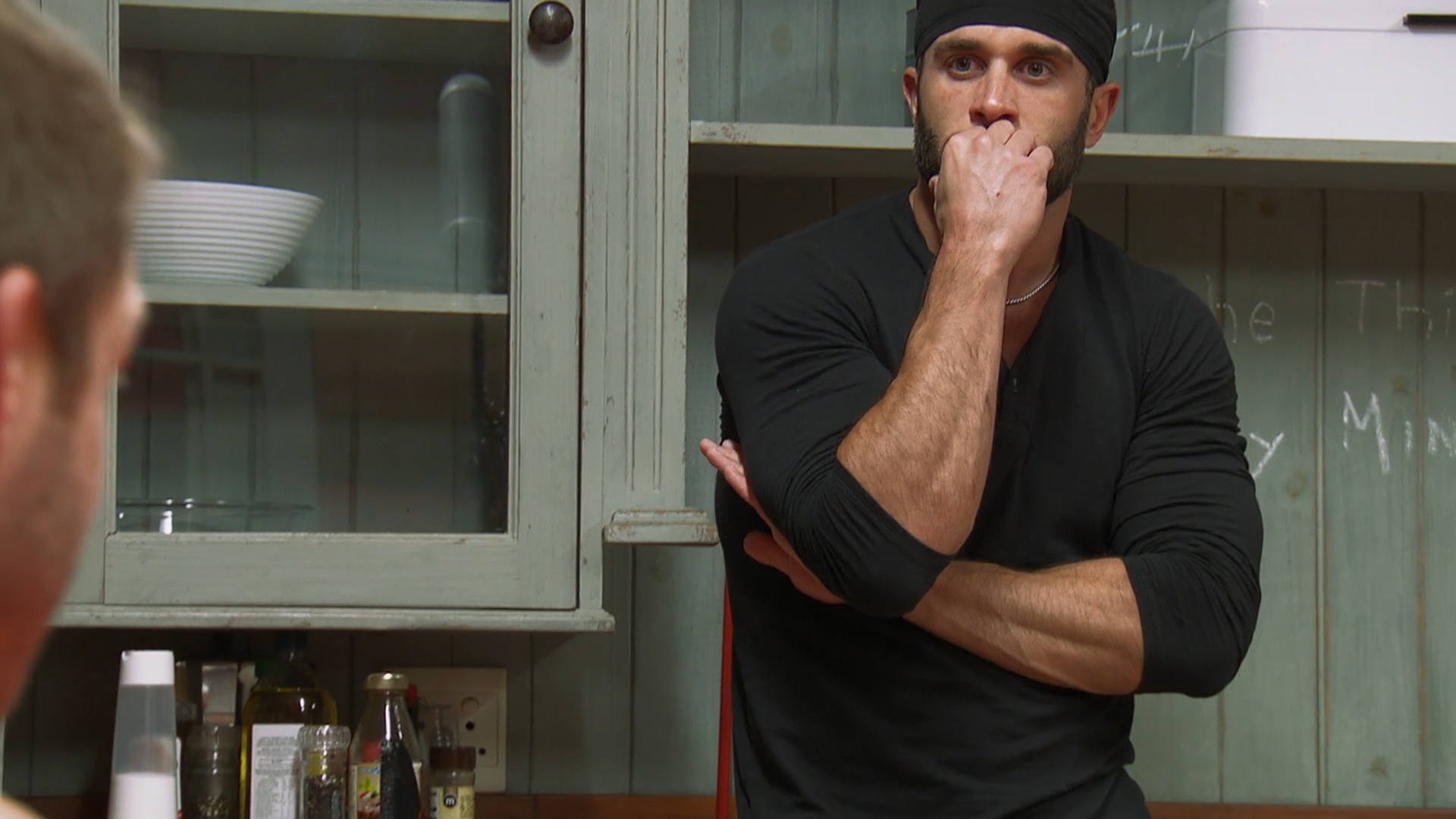 This week we pick up right where we left off. Zach and Amanda need to decide where to place their power vote. While winning is a great way to NEVER get eliminated (or so we thought) Amanda lets us know that her win is bittersweet as she and Zach can’t seem to get on the same page. Outside Zach is b*tching about Amanda and the fact that he always gets paired with girl rivals. Here’s a thought, Zach: maybe stop arguing with only female players and perhaps your luck will change. Nelson tells Zach that he wants to get Bananas out, and Zach begins to cry at the thought of losing his BFF Tony.

At this point in the game, Jozea and Davonne need to pick a side. The power of their rogue vote has come to an end. Cara tells them that’s a good place to be as the two main alliances begin to attempt wooing them to their side. Cara was made aware by ME, her partner, that the LL’s had plans to align their votes and come for the king of fruit, Bananas. But this wasn’t always the plan. In fact, it was my actions that forced their decision to do so… but we’ll get to that later.

Apparently, that makeshift stick of twigs I made last week is also up an editor’s ass this season as they begin to paint the idea that John was the mastermind behind this week’s nomination choices. I wonder if they too have a lackluster sex tape with John. The sun goes down and Banony invites Cara for a jog outside. I wasn’t invited to this pow-wow because a) Johnny thinks I’m a double agent (which was true), and b) I never agree to a late-night jog session or jog in general ever.

Bananas knows he has no friends and needs to rally some votes to keep him out of elimination. He suggests to Cara that we should vote for Shanelly, but she lets him know I’d never say Shane’s name (unless of course we had agreed to it for our benefit *See most nomination burns for reference.*) I like that she finally acknowledges here that in order to do anything in this game she’s going to need my help. Except for playing with her hair… I’d never touch that. They agree to vote for Ashley and Hunter, and we head over to the Redemption house where Kyle and Paulie share a space other than Cara’s vagina.

Upstairs in the Redemption house, we get what I feel should be the biggest takeaway from the episode, the importance of eyebrows. Kam agrees that Kayleigh’s eyebrows are Insta-worthy and I bet, like myself, you’re all wishing you were blessed with stunning eyebrows as well. If, like me, your eyebrow game isn’t strong, and your ability to fake them with makeup is even worse… I highly suggest googling microblading. Life. Changing. 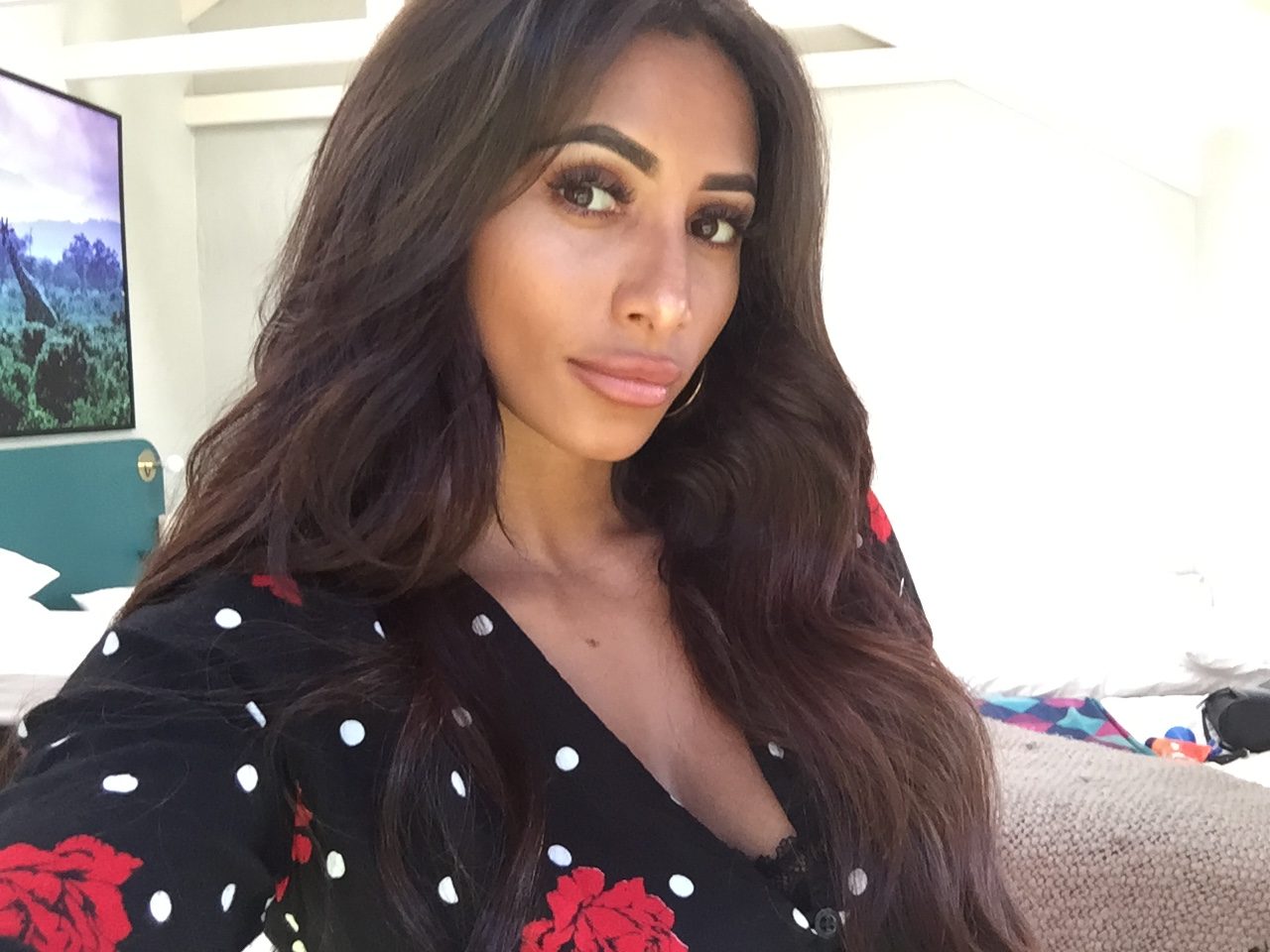 Downstairs we finally get the interaction between Kyle and Paulie we deserve. Last week, Paulie decided it’s best to play cool with Kyle, but now he’s had a change of heart. Paulie lets everyone know that he should’ve come into the game single and f*cked Cara. We all know if you keep up with this show outside of just the show in any regard, that at the end that didn’t matter regardless. Paulie explains that he didn’t realize Kyle had feelings for Cara since he was getting wet with Faith in the hot tub day one. Kyle thinks Paulie is a sheep and that his ex-girlfriend is f*ckable. I laugh.

I laugh harder when Paulie says that if things were to get physical between the two, Kyle would end up looking like his pre-surgery self. Who says girls can only start drama? While I never condone violence, I definitely crossed my fingers hoping these two would hit each other. Sidenote: Why does Kyle always squeak when he’s trying to be a tough guy? Classic “I’m a lover, not a fighter” reaction. They both deserve a good spanking. Where’s Cara when you need her? 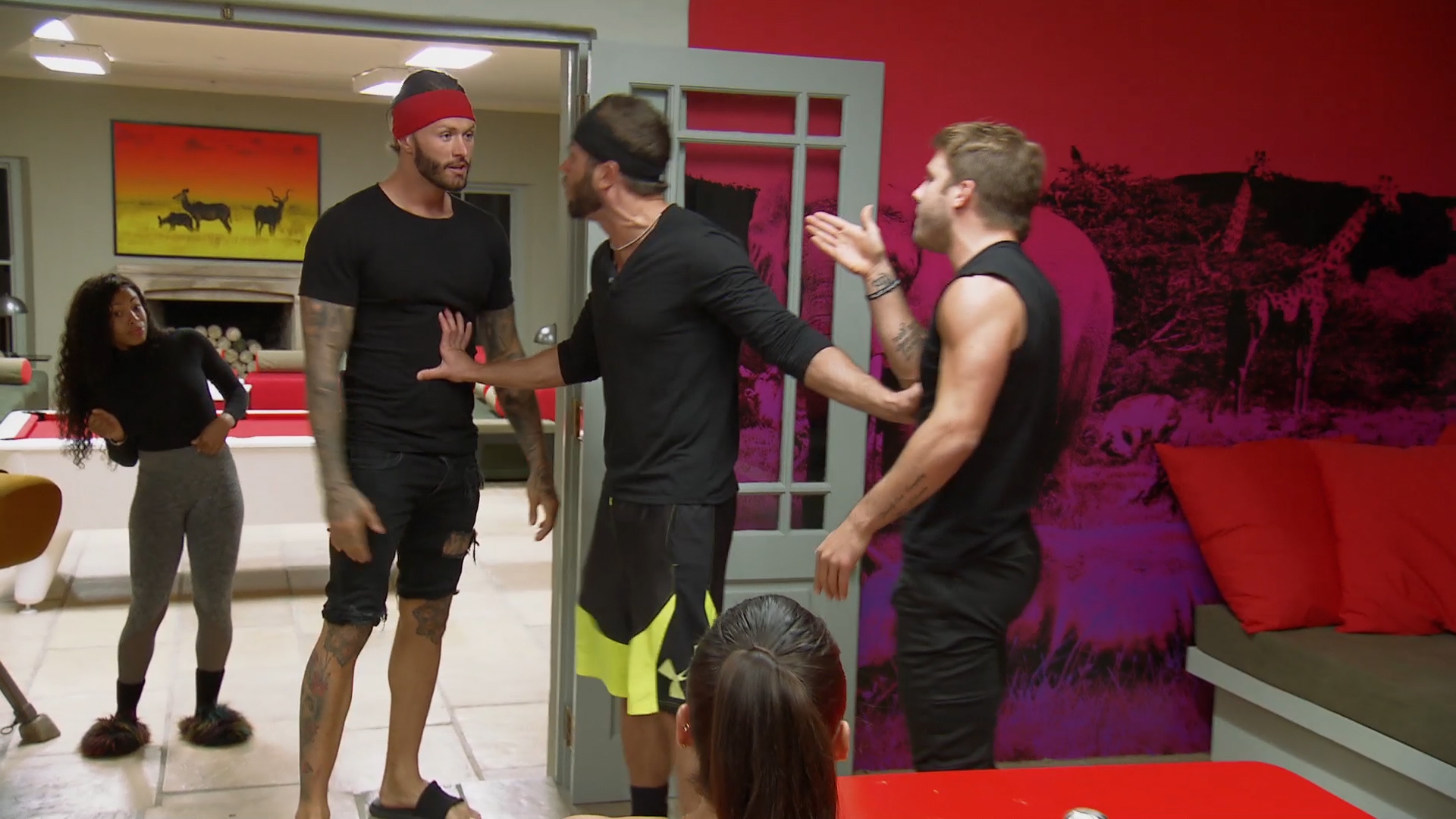 At the main house, Nelson puts on his thinking cap and approaches Da’Vonne in the bedroom. Shoutout to lil’ momma for coining the term “mental bum” during Champs V. Stars, because that’s exactly what Nelson is. Apparently, Day and Nelson went to the same school, but I find that hard to believe considering the massive difference between their intelligence. Nelson provides me with another hilarious #OOTD in his leather jacket. Nelson has no clue about the temperature in this house, literally and figuratively.

In the living room, John attempts to gain the support of #TeamBB. If he is able to rally three votes, he believes HE can force a tie scenario in elimination. With Zach in the power seat, John knows that this is his safest bet. John lets Da’Vonne and Jozea know he’s on a “need to know basis” and the following information is something that I believe the audience NEEDS TO KNOW:

After the daily challenge, I was made aware by Hunter that if I voted him in, he would choose Cara and me. For someone who barks big in the interviews they show about coming for Bananas, this was never the case. By continuing my relationship with the LL’s I knew that their votes were not all aligned in the beginning as their original plan was to go after me and Cara.

Shane, being my bestie, would not agree with this move. Had the team stuck to this plan, The votes would have fallen 3-2. If this went down, Ashley and Hunter would receive the most votes and Cara and I would definitely face them in elimination. Being privy to both sides of the spectrum, and the idea that the LL’s thought our side was coming for Shane, I let Ashley know that the plan had changed and they would be the team we targeted. By doing so, I brought out Paranoid Pam in Ashley. She rallied her troops as expected to come together as one and vote for Banony.

Nobody wants to knowingly go into elimination, even if it’s against me and Cara. I knew that if Ashley got the majority of the votes, Cara and I were going in. I also knew that if we could somehow force a tie, the decision would come down to Zach and Amanda. Both of whom had made it clear to everyone that they would not back down to each other’s wishes. We didn’t know what would happen if the power team could not come to a decision… but a 50/50 chance of going in was way better odds.

Another thing to point out was that Da’Vonne was on board with this plan from the very beginning. She had no reason to align with the LL’s pecking orders. They’ve been the the ones who’ve attempted to take her out. The girl isn’t stupid. By her going to Ashley and letting her THINK she was on board with their plan to vote in John, she made the LL’s more confident to follow through. They assumed Bananas would take a safe bet going against #TeamBB if voted into elimination. 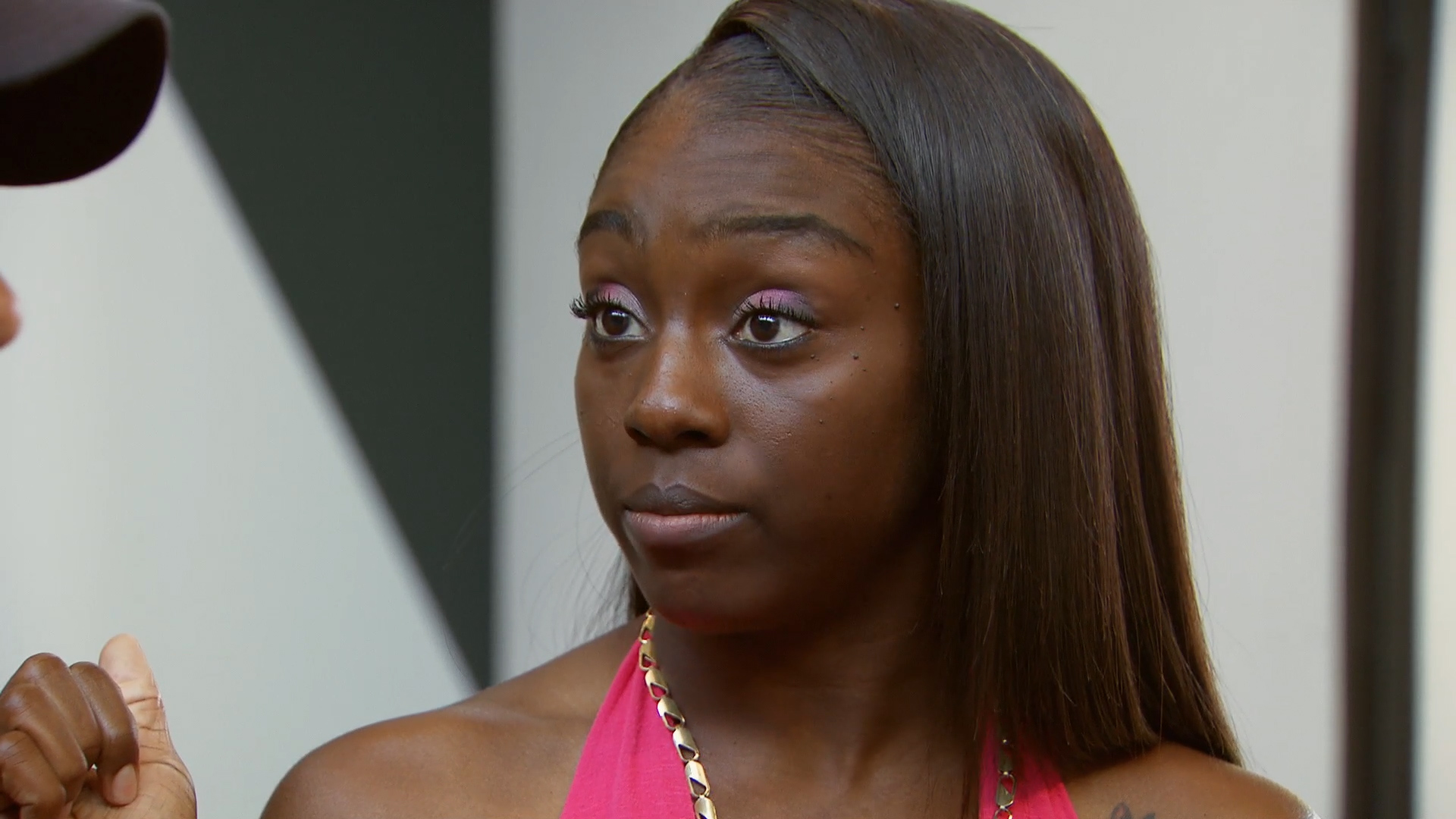 It’s the night before nominations and Amanda and Zach still can’t seem to get on the same page. Tony says tomorrow’s elimination will show everyone’s cards—and it will. Zach is 1,000 percent positive that Tony will never say his name. He lets Amanda and Ashley know he’d put his entire bank account on that. I die from laughter when Ashley says “What, all two dollars?” and the camera zooms in on her ripping her cig.

Bananas thinks Amanda is the spawn of Satan because she’s calling him on his bullsh*t. Zach reminds her that she might be Satan since she hoped Cara’s horse died. Amanda replies with “At least I didn’t wish for her to die,” and she has a point. Amanda is a whole mood this episode. She tells Zach to stop acting like a “bad b*tch.” Hate her or love her… I LOVE HER.

At Armageddon, the votes fall as planned. Zach and Amanda must chose between Banony and Hunter and Ashley. After a snippy back-and-forth, TJ tells them if they can’t decide on who goes in, they’re going in. Zach unzips his jacket and walks down. I am Sylvia when they show her say “WHAT” in slow motion. I am also myself when I laugh in shock at the fact that this just happened. This couldn’t have gone any better for me and Cara. 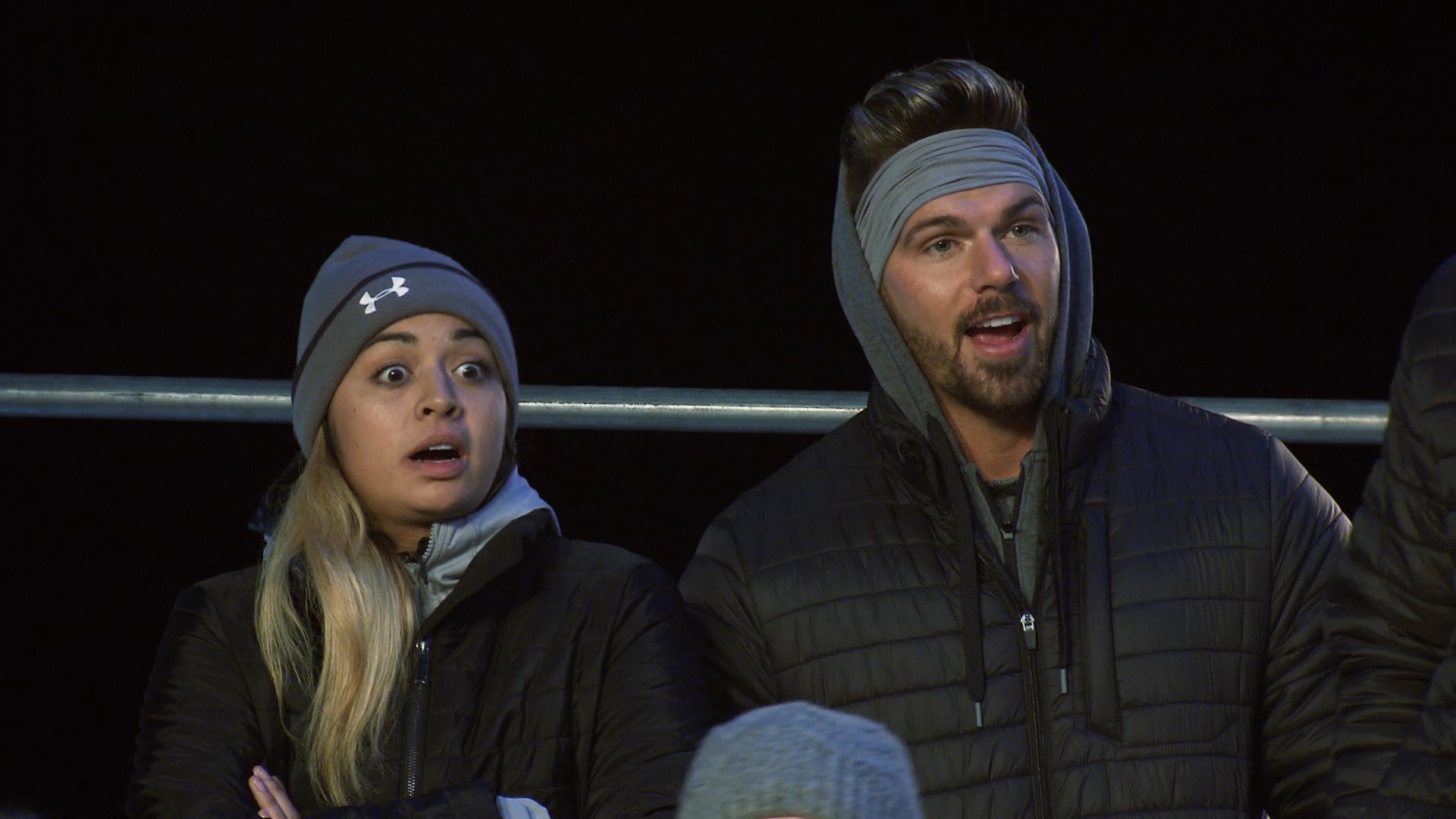 Since Amanda and Zach were supposed to be safe, they now have to choose who will face them in elimination. Amanda is in shock that she has to play in street clothes just because Zach has one friend in life other than Jenna. They decide to chose Da’Vonne and Jozea. Day lets us all know exactly how she feels, especially towards Ashley and Hunter who are “b*tches.” I’m #TEAMDAY here. I really needed her to pull out this upset.

Just when we think we’re about to see a BB vs. Zach/Amanda elimination, TJ calls out a pair of new mercenaries, Devin and Cory. While I never hate some good eye candy, this team will in no way benefit my game. They both adamantly hate John, and by default, Cara as well. Devin is here to remind Bananas why he’s a piece of sh*t human. Cory is here to take home that money to his baby, Ryder. PS: Cory has now joined the Teen Mom family on MTV and I couldn’t be more excited to stalk their adorable little family on social media. 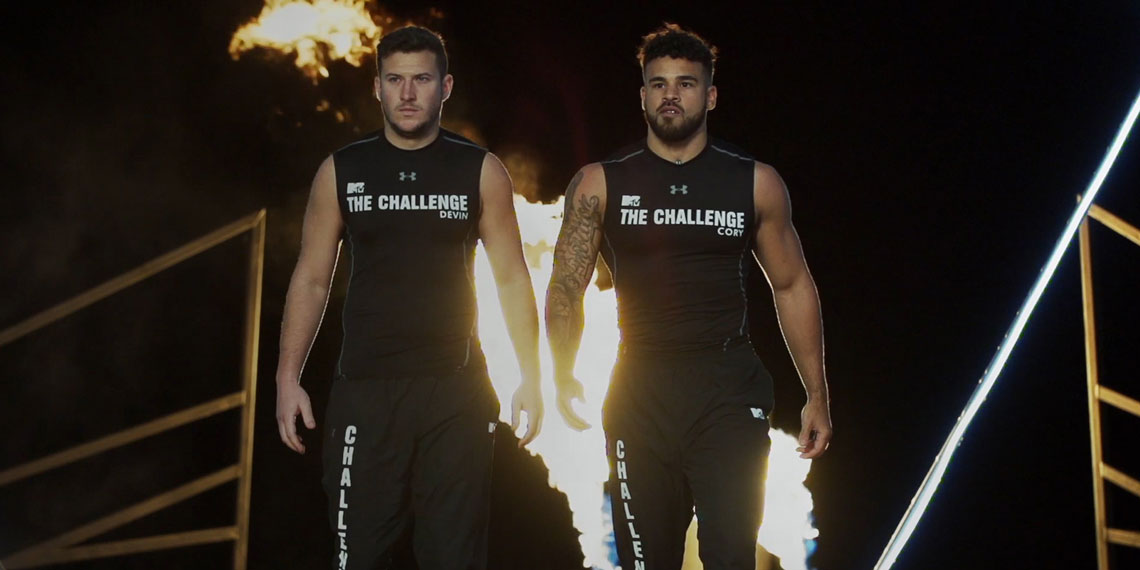 Both Team Day and Zach/Amanda lose to Cory and Devin and this is HUGE. Had they come together as a team and made a decision, I’d bet my entire bank account (that may or may not be two dollars) that after this weekend’s festivities, Zach and Amanda were going to win this entire thing.

Next week find out what happens when the target readjusts to #TeamCaraMarie. I’ve been told this episode will be the greatest episode in recent seasons. Get ready for some badass Marie moments, and a good old-fashioned head-butt. 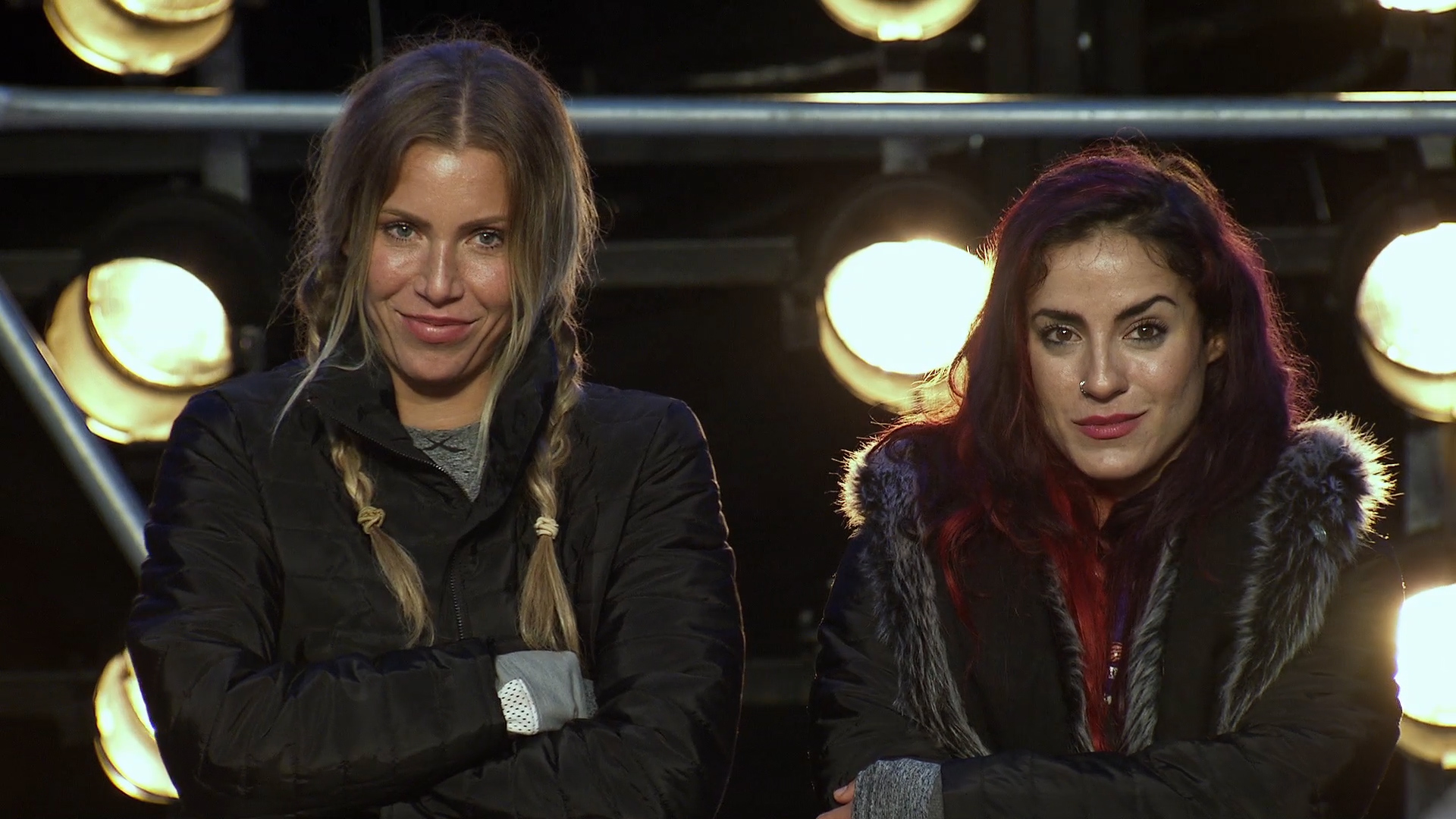 What did you think of this week’s INSANE elimination results?