Mazie Hirono: I don’t owe Trump the ‘courtesy’ of meeting with Kavanaugh 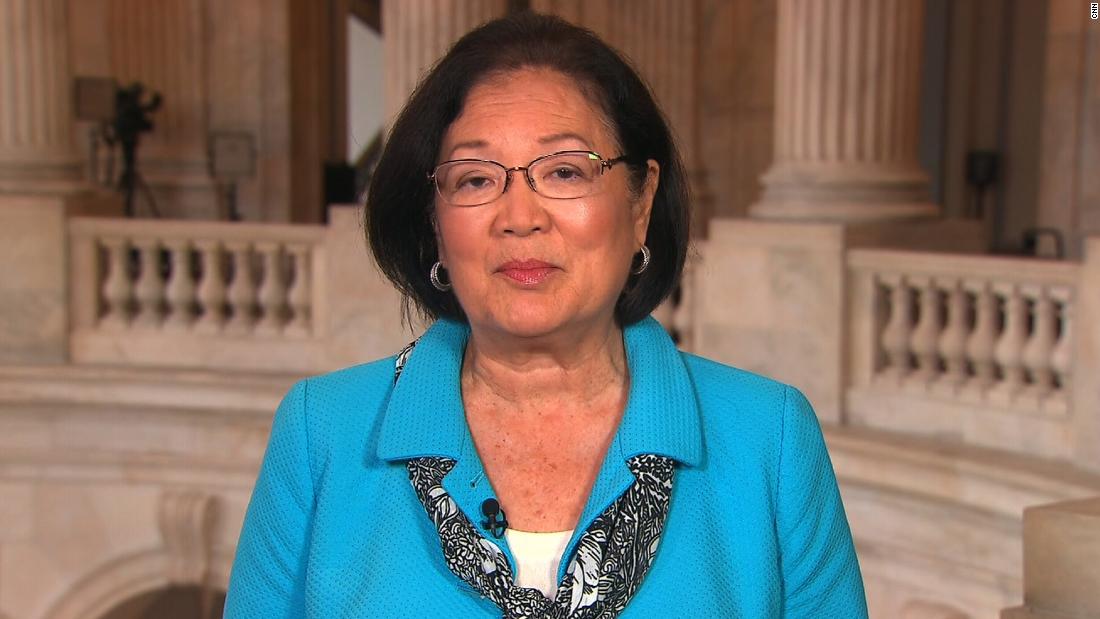 Washington (CNN)Sen. Mazie Hirono said Wednesday that she does not owe President Donald Trump the “courtesy” of meeting with his Supreme Court pick, on the heels of the news that the President’s former lawyer Michael Cohen pleaded guilty to eight criminal counts.

“I do not owe this President the courtesy to meet with his nominee, Brett Kavanaugh, who, by the way, is being nominated because the President expects Justice Kavanaugh, should he make it to the Supreme Court, to basically protect the President’s ‘okole,’ as we say in Hawaii,” Hirono said to CNN’s Wolf Blitzer on Wednesday.
Okole is the Hawaiian word for the buttocks.
Hirono also doubled down on her request for a delay of the hearings until after the election, adding that the Democrats called for a delay from the beginning but it is particularly pertinent now.
Her announcement comes as the White House faces the most legally precarious moment of the Trump presidency. On Tuesday, Cohen said that “in coordination and at the direction of a candidate for federal office,” he kept information that would have harmed Trump from becoming public during the 2016 election cycle. Almost simultaneously, Trump’s former campaign chairman Paul Manafort was found guilty on eight counts of financial crimes in a Virginia courtroom.
It remains unclear what steps Congress, and particularly Republican leadership, will take in the wake of Tuesday’s revelations.