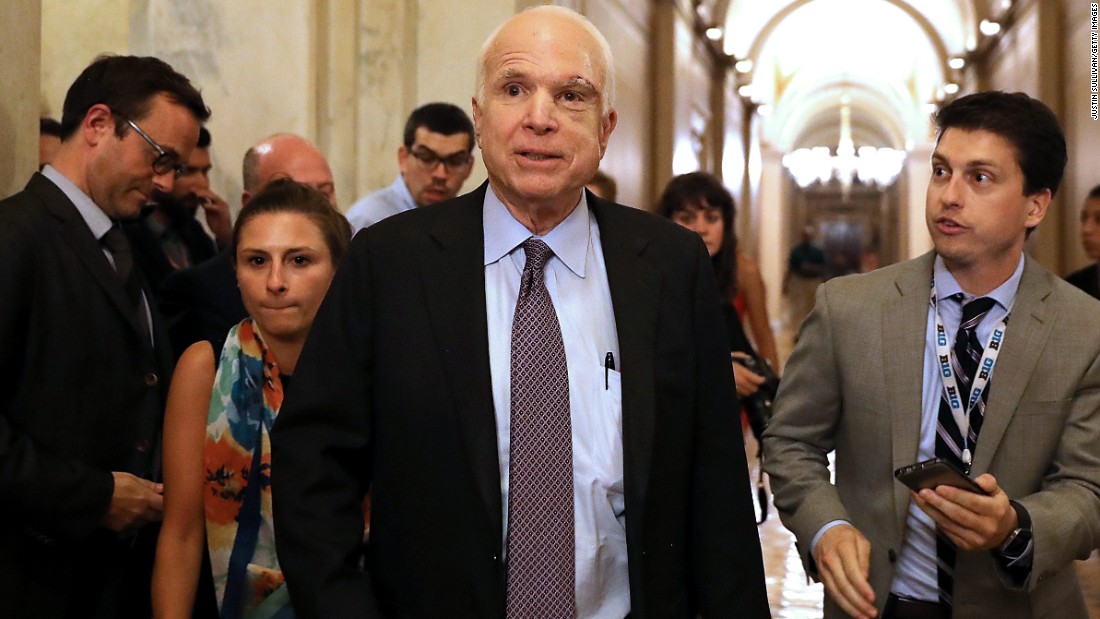 Washington (CNN)Sen. John McCain issued a plea for bipartisan cooperation as Congress returns from its extended summer recess, saying pragmatism, compromise and mutual respect are more critical than ever given what he considers the lack of experience emanating from the White House.

“That has never been truer than today, when Congress must govern with a president who has no experience of public office, is often poorly informed and can be impulsive in his speech and conduct,” McCain wrote Thursday in a Washington Post op-ed.
“We must respect his authority and constitutional responsibilities,” the Arizona Republican said of President Donald Trump. “We must, where we can, cooperate with him. But we are not his subordinates. We don’t answer to him. We answer to the American people. We must be diligent in discharging our responsibility to serve as a check on his power. And we should value our identity as members of Congress more than our partisan affiliation.”
The plea comes as Congress reconvenes from the August recess to a packed agenda that includes keeping the government funded, raising the debt ceiling and possibly working on legislation to address the federal budget, border security and immigration, tax reform and infrastructure spending.
In his Thursday op-ed, McCain called for regular order — adherence to the precedents and rules that guide the legislative process.
“We won’t settle all our differences that way, but such an approach is more likely to make progress on the central problems confronting our constituents,” he wrote. “We might not like the compromises regular order requires, but we can and must live with them if we are to find real and lasting solutions.”
It was a similar statement to one he made on the Senate floor in July, when he was one of three Republicans to vote against an Obamacare repeal bill that Trump supported.
“We’re getting nothing done, my friends,” McCain told his colleagues at the time. “We’re getting nothing done.”