Last October, McKayla Maroney spoke out about the sexual abuse she suffered at the hands of former USA Gymnastics doctor, Larry Nassar. In the wake of the #MeToo movement, following movie mogul Harvey Weinstein’s public sex scandal, Maroney was one of thousands of women to come forth about past abuse.

The former gymnast wrote on Twitter that she had been sexually abused by Nassar for several years, beginning when she was just 13 years old, after being invited to a national team training camp. The abuse continued until 2016 when she left the sport altogether.

“It seemed whenever and wherever this man could find the chance, I was ‘treated,’” Maroney wrote, before detailing the events of the fateful night Nassar slipped her a sleeping pill in 2011.

“I thought I was going to die that night,” says Maroney. 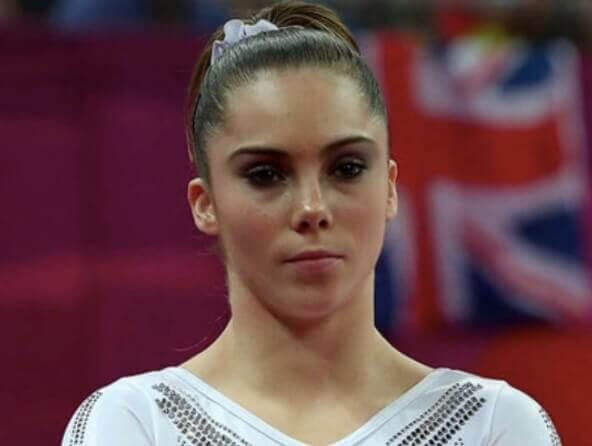 But after finally mustering up the courage to speak out after all these years, it seems Maroney’s critical testimony may be silenced in court.

Nassar’s sentencing has been taking place in Lansing, Michigan this week, where he’s been held on trial for the sexual abuse of over 140 girls. But per a nondisclosure agreement (involving a $1.25 million settlement) that Maroney was required to sign by USA Gymnastics, the “Fierce Five” gymnast is forbidden to testify or speak publicly about Nassar’s abuse.

When outspoken model and actress Chrissy Teigen caught wind of Maroney’s predicament, she simply couldn’t stand for it.

“The entire principle of this should be fought – an NDA to stay quiet about this serial monster with over 140 accusers,” Teigen wrote on Twitter, “but I would be absolutely honored to pay this fine for you, McKayla.”

The entire principle of this should be fought – an NDA to stay quiet about this serial monster with over 140 accusers, but I would be absolutely honored to pay this fine for you, McKayla. pic.twitter.com/lsBEgEqZpD

The gymnast has not yet publicly replied to the generous offer, but if she decides to move forward with her testimony, she will be the 89th woman anticipated to do so.

Larry Nassar will be required to hear out every single one.

And Maroney isn’t the only high-profile Olympian in the mix. Gabby Douglas and Aly Raisman went public with their stories in 2017, and Simone Biles just opened up about the abuse she suffered at the hands of Nassar on Monday.

Nassar is currently facing 60 years in prison on child pornography charges and may be sentenced to life in prison after his sexual assault trial is complete.