Michael Bloomberg: Brexit is stupidest thing any country has done besides Trump

Exclusive: Billionaire media mogul says it is hard to understand why a country doing so well wanted to ruin it 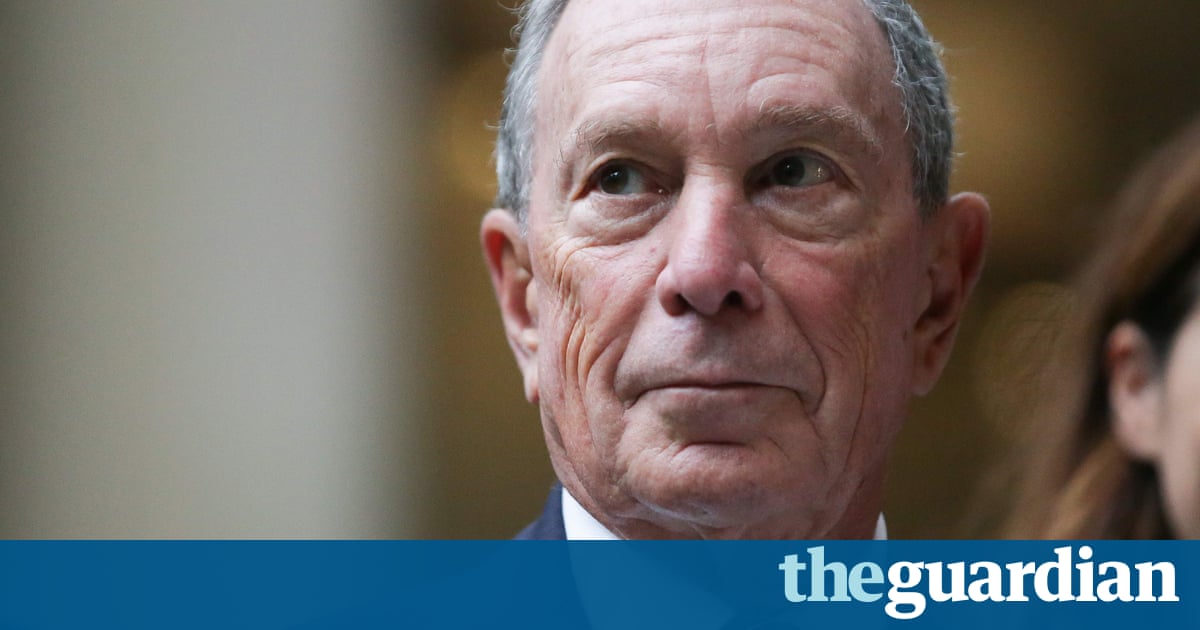 Michael Bloomberg, the billionaire media mogul and former mayor of New York, has said Brexit is the single stupidest thing any country has ever done apart from the election of Donald Trump as US president.

Bloomberg argued that it is really hard to understand why a country that was doing so well wanted to ruin it with the Brexit vote, in a series of outspoken remarks made at a technology conference in Boston a fortnight ago.

At that event, Bloomberg, 75, also warned that some workers at the financial media company that bears his name were asking to leave the UK and US because they think the two countries no longer like immigrants and are no longer welcoming.

The CEO was in London on Tuesday to open a new European headquarters for Bloomberg in the City, covering 1.3 hectares (3.2 acres). But his earlier remarks, unearthed the same day, suggested he had regrets about making the investment decision because of the Brexit vote.

We are opening a brand new European headquarters in London two big, expensive buildings. Would I have done it if I knew they were going to drop out? Ive had some thoughts that maybe I wouldnt have, but we are there, we are going to be very happy.

My former wife was a Brit, my daughters have British passports, so we love England its the father of our country, I suppose. But what they are doing is not good and there is no easy way to get out of it because if they dont pay a penalty, everyone else would drop out. So they cant get as good of a deal as they had before.

He added: I did say that I thought it was the single stupidest thing any country has ever done but then we Trumped it.

Bloomberg employs 4,000 staff in the UK and 20,000 worldwide, and the New York-based firm has long made the country its headquarters in Europe. But he said some staff were becoming unhappy about London as a key location.

One of the things that is hurting us both in the United States and in the UK is that we have employees, not a lot but some, who are starting to say: I dont want to work here can we transfer to some place else? This country doesnt like immigrants, Bloomberg said.

All this talk in Washington words have consequences. Whether we change the immigration laws or not, there is general feeling around the world that America is no longer an open, welcoming place and a lot of people dont want to go there, and the same thing is happening in the UK because of Brexit.

Bloomberg first made the comments about Brexit at the little-reported HUBweek conference in Boston less than two weeks ago and then repeated his quip about Brexit and Trump at an event in France on Monday.

It is really hard to understand why a country that was doing so well wanted to ruin it, Bloomberg said of Brexit. It was not a smart thing to do and getting out of it is going to be very difficult and is going to be very painful. It will hurt industries. People are already taking space in other cities over there [Europe], us included.

He added: Whatever London and the UKs relationship to the EU proves to be, Londons language, timezone, talent, infrastructure and culture all position it to grow as a global capital for years to come. We are very optimistic about Londons future and we are really excited to be a part of it.

Bloomberg is worth an estimated $47.5bn (36.2bn) according to Forbes and was given an honorary knighthood in 2015. He was a Republican mayor of New York between 2002 and 2013 before he reassumed his position as chief executive of Bloomberg.

Bloomberg considering standing as a third-party candidate in the 2016 US presidential election but eventually ruled it out, saying that if he stood it could diminish the Democratic vote and lead to the election of Trump. That is not a risk I can take in good conscience, Bloomberg said in March 2016 when he confirmed his decision not to stand.

His criticism of Brexit included hitting out at the leave campaign and its claims that Britain had problems with immigration and too much EU regulation. Bloomberg described comments from Boris Johnson that the EU rules meant there had to be at least four bananas in a bunch as fictitious and said on immigration that Britain didnt take anyone from northern Africa or the Middle East.

Bloomberg said London was the centre of Europe but warned that was not going to be as true any more due to Brexit.