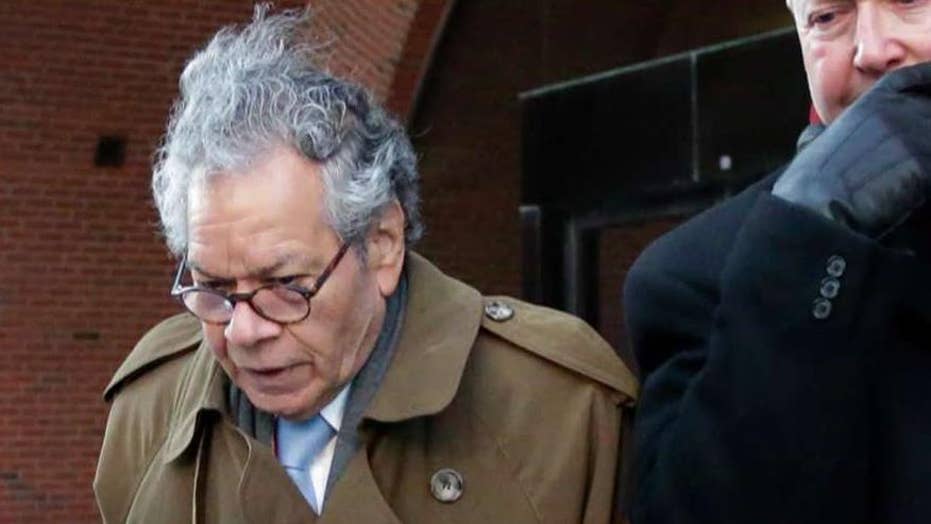 For the president, addiction is a family story. He often speaks of his brother, Fred whose drinking problem led to his death. I told the president the opioid issue was deeply important to our family, too. I was deadly serious.

Out here in “flyover country,” all our families know someone who lost a loved one to opioid abuse. Often, it’s because the drugs they ingest were unknowingly laced with fentanyl, up to 50 times as powerful as heroin. Just a single grain can kill. The deadly synthetic opioid is increasingly used to spike the amperage of frequently abused narcotics.

Rock n’ Roll Hall of Famers Prince and Tom Petty both died of accidental fentanyl overdoses. But it’s my neighbors, friends and extended family I worry about the most.

Our families fret over the fate of abusers we know and cherish, and we share a constant fear: what if fentanyl is slipped into their drugs? The opioid antidote Narcan can revive fentanyl overdoses, but more doses are needed much faster. For many, fentanyl is a death sentence.

I believe the president and first lady are committed to ending the opioid epidemic, and I am confident they are focused on the clear and present danger fentanyl plays.

Most opioid abusers will encounter fentanyl today because the narcotic is smuggled into the United States more and more each year. States like Ohio, Indiana, and West Virginia have experienced high opioid death rates for years and recently saw a 17 percent increase. New Jersey overdose deaths increased by whopping 27 percent.

In fact, the fatality rate from synthetic opioid overdoses jumped by 46.6 percent from 2016 to 2017 nationally, and shows no sign of slowing down. Chinese-manufactured fentanyl and its analogues are at the heart of this crisis.

As the president confronts China in bilateral negotiations, he knows the country is the largest source of the drug, commonly sent to American dealers via the United States Postal Service.

Fortunately, recent U.S. legislative and law enforcement initiatives are stopping more direct shipments at the Post Office. Hand-held sensors can now detect tiny shipments of the drug, and canines are trained to detect the drug. As a result, today American buyers often have the drug trans-shipped through Mexico and Canada.

Mexican drug cartels ship their Chinese fentanyl-laced products across the southern border. In 2017 alone, US Customs and Border Patrol seized 1,196 pounds of fentanyl at legal ports of entry. According to the agency’s statistics, 80 percent of fentanyl seized along the border in 2018 was discovered at legal crossing points.

Increasing detection and enforcement at points of entry means hiring new Customs officers and purchasing more equipment to screen vehicles for contraband. Ending the deaths means educating the estimated two million opioid addicts in the United States so they understand that the illegal drugs they seek are now even more likely to contain fentanyl.

Now China has just pledged to stem the flood of fentanyl designating it as a controlled substance, but reports last week indicated that U.S. security experts doubt that Beijing is willing, or even able, to follow through.

China’s record is abysmal. Officials there stopped fewer than a half dozen fentanyl-related shipments in 2016-2017 before they left China, according to Democratic California Sen. Dianne Feinstein, a co-chair of the Senate Caucus on International Narcotics Control.

As a result, a bipartisan group of senators has introduced a bill to empower the president to sanction Chinese drug makers and others who sell synthetic opioids to traffickers. The bill would also create a commission to keep track of fentanyl shipped here from overseas.

“We will not solve this epidemic overnight,” President Trump told the Georgia audience he flew to meet after our parley. “But we will never stop until the job is done.” I believe the president and first lady are committed to ending the opioid epidemic, and I am confident they are focused on the clear and present danger fentanyl plays.

For the sake of millions of Americans, our nation must stem the tide of fentanyl as we end this opioid crisis. To do that, we must force China to help lead the way.

Michael Caputo is a Republican strategist and the Managing Director of ZeppCom. He worked for Donald Trump’s presidential campaign in 2016.