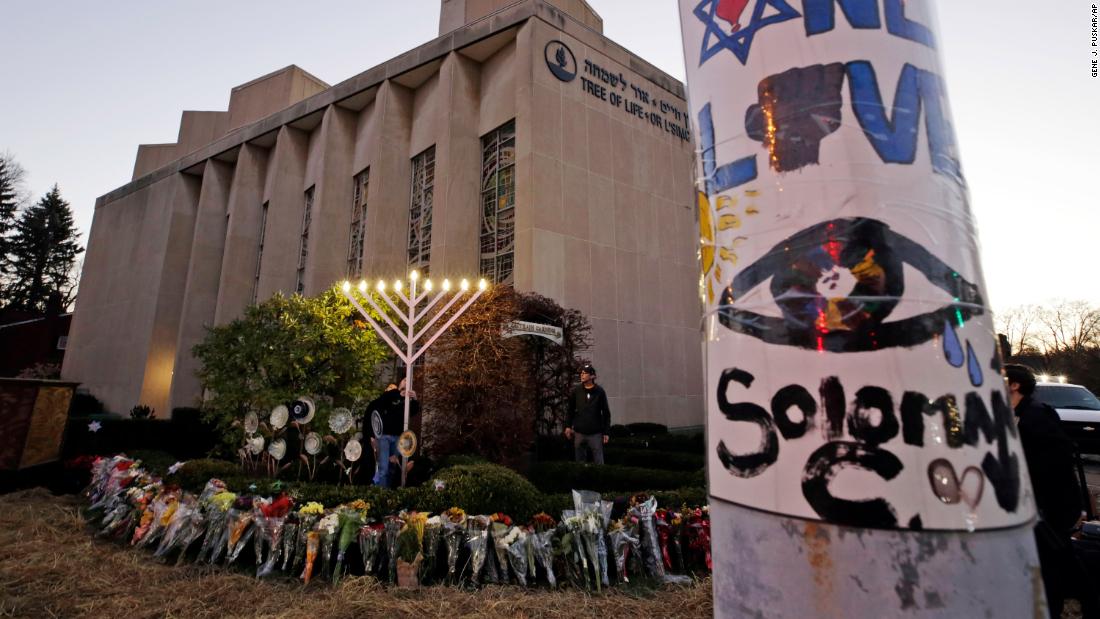 (CNN)Someone has been disseminating anti-Semitic pamphlets in Pittsburgh — including in the Squirrel Hill neighborhood, site of a mass shooting that targeted Jews in October — according to a statement from the city.

The Pittsburgh Department of Public Safety and the Pittsburgh Bureau of Police are investigating the pamphlets, they said in a statement Sunday. Authorities said they are taking the matter very seriously.
“Such hate-filled material will not be tolerated in Pittsburgh — not by residents, City officials nor Law Enforcement,” the Pittsburgh Public Safety Department said on Twitter.
“Pittsburgh is and will remain Stronger than Hate.”
The contents of the pamphlets, and exactly when and where they were found, were not immediately clear Sunday.
In October, 11 members of the Tree of Life synagogue in Squirrel Hill were gunned down as Saturday morning services were about to begin. The suspect in the shooting has pleaded not guilty to 44 federal charges in the killings, including 32 that are punishable by death.
The gunman made anti-Semitic comments while opening fire on the congregation and also targeted Jews on social media, a law enforcement official said.