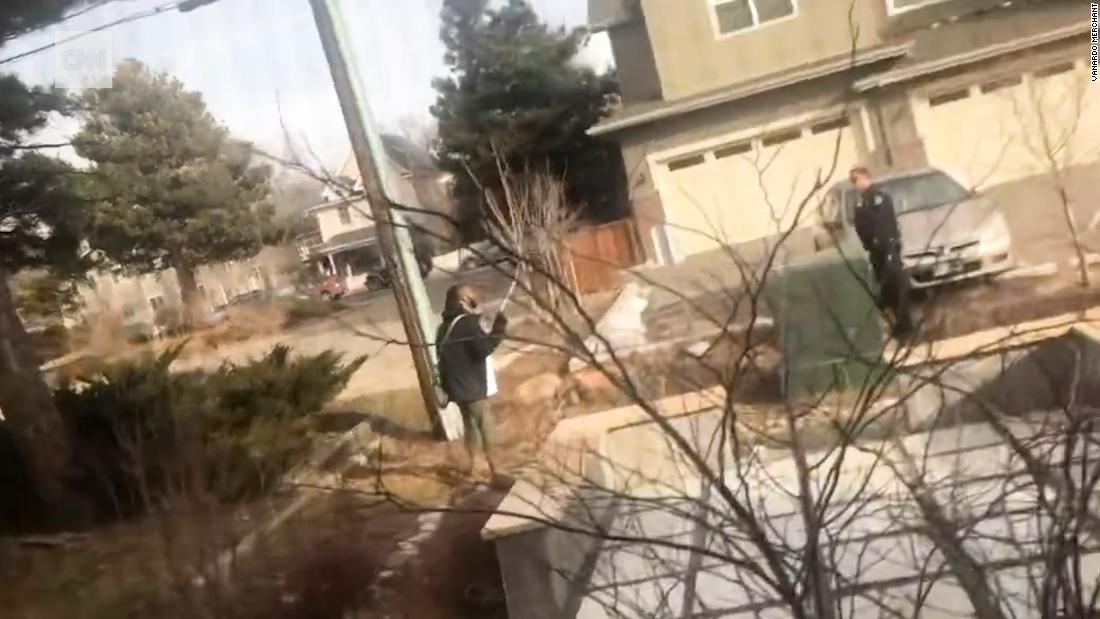 (CNN)The city of Boulder, Colorado has reached a settlement with one of its police officers over racial profiling accusations.

Atkinson was sitting in a partially enclosed patio that had a private property sign in front of it, at the complex where he lived. Smyly claimed he was trying to determine if he had the right to be there.
According to the city, Atkinson told him he worked and lived in the building — and gave him his student ID — but Smyly detained him for further investigation.
“He’s picking up trash,” a person who filmed the incident repeatedly said as the two exchanged words.
Then he made a request for backup, saying that the person was “uncooperative and unwilling to put down a blunt object,” according to the city.
That blunt object was a trash grabber.
An internal affairs investigation report says Atkinson then walked away. Smyly drew his taser, then his handgun and pointed it in a downward direction, but not at Atkinson.
The bystander video was posted online and drew immediate backlash, with many pointing to it as the latest example of racial profiling by police. Days later, the police department launched an internal investigation into the incident.

The investigation, released on Thursday and available here, found no evidence of racial profiling but did say Smyly flouted two police department policies: he violated police authority and public trust, and he violated the department’s code of conduct.
The city says in a written statement those findings, “likely would have resulted in suspension or possibly termination,” of Smyly.
But he came to an agreement with the City of Boulder before he was disciplined. Smyly is resigning but will “exhaust” his paid leave. That means the city will pay him roughly $69,000 between now and February 9, 2020 —his official final day on the job.
City officials say this is the best option because the police department’s collective bargaining agreement triggers a disciplinary appeal process, which they say would likely overturn Smyly’s firing. In other words, Smyly would be back on the force.
“The settlement allowed the city to provide the community information more quickly,” Boulder Communications Director Patrick von Keyserling wrote in a statement obtained by CNN. “It transitioned Officer Smyly out of a law enforcement career.”

Attorney says they are planning to sue Boulder

Atkinson’s attorney isn’t buying that and has harsh words for the City of Boulder. Siddhartha Rathod believes that Smyly racially profiled his client, despite the internal investigation’s findings.
And because Boulder is refusing to discipline the police officer, he’s suing the city.
“Boulder has left us with no other option,” Rathod told CNN. “Boulder lacked the ability and will to root out racism and properly discipline its officer.”
Rathod says they plan to file the lawsuit after they obtain all of the records from the city and the police.