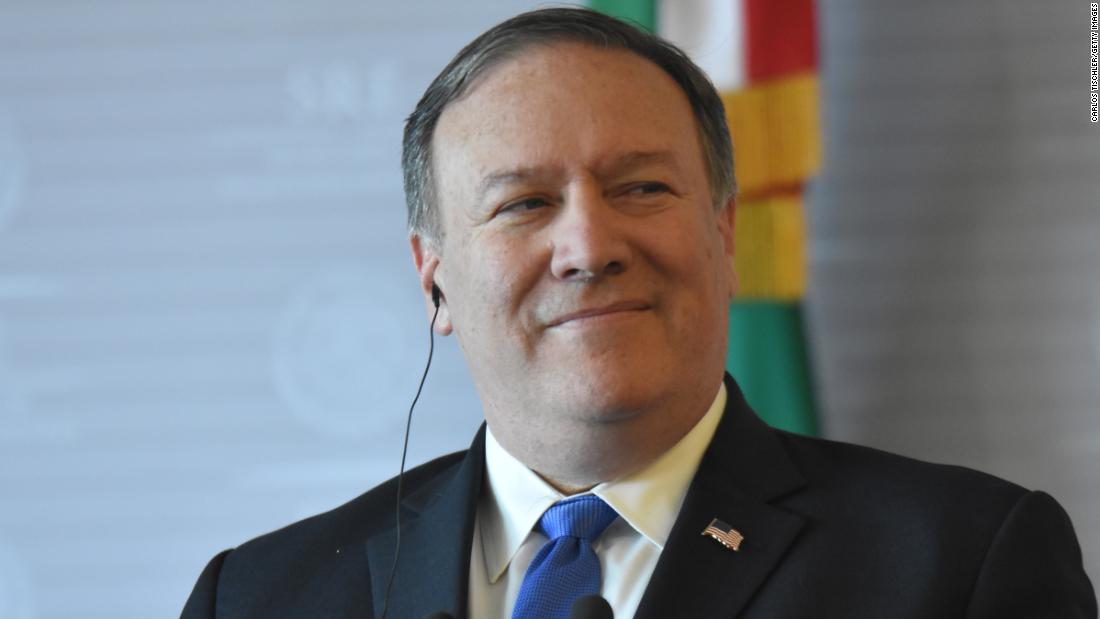 (CNN)Secretary of State Mike Pompeo said President Donald Trump should proceed with his summit with Russian President Vladimir Putin on Monday even as the political fallout continues over the indictments of 12 Russian military intelligence officers for hacking into Democrats’ computer networks and emails during the 2016 presidential campaign.

“I am confident that President Trump’s meeting with Vladimir Putin will put America in a better place,” Pompeo said. 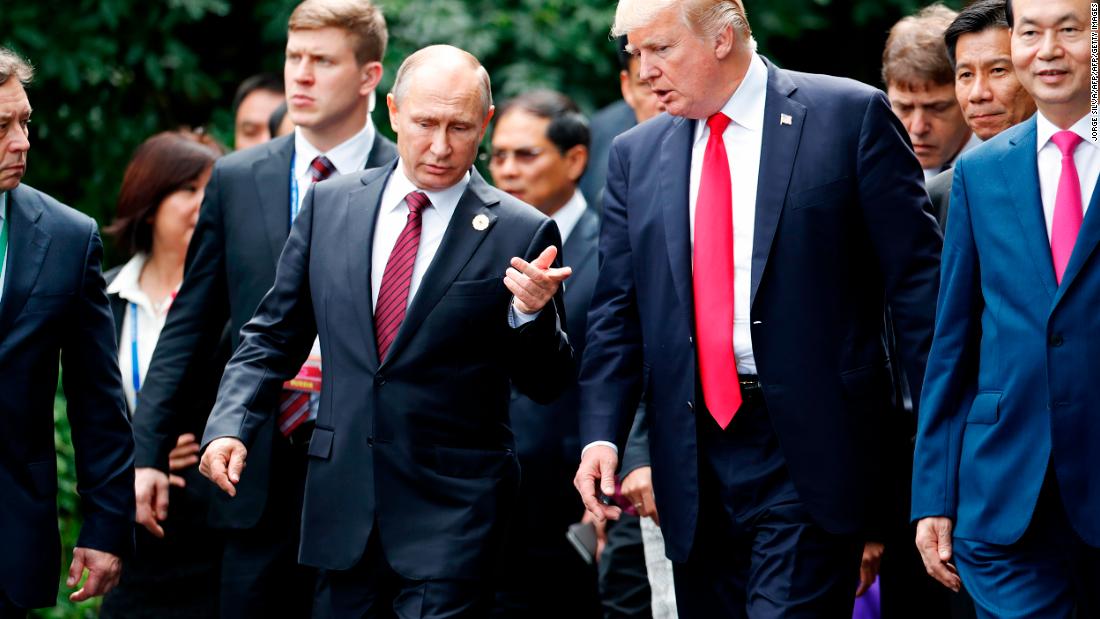 Trump plans to meet one-on-one with Putin at the start of their first formal summit talks in Helsinki, Finland, before allowing other aides to participate.
Senior Senate Democrats sent a letter Saturday to Trump urging him not to meet with Putin alone.
“Mr. Putin is a trained KGB intelligence veteran who will come to this meeting well-prepared,” they wrote. “As the Kremlin said last week, a one-one-one meeting with you ‘absolutely suits’ him. There must be other Americans in the room.”
The letter was signed by Minority Leader Chuck Schumer, who was among those who on Friday called on Trump to cancel the summit, and the top Democrats on the Senate Intelligence, Armed Services, Foreign Relations and other national security-related committees.
The senators also demanded that Trump press for the extradition of the 12 Russian military intelligence officials indicted by special counsel Robert Mueller on Friday.
“These individuals must be brought to the United States so that they can stand trial, and you should demand that Mr. Putin hand them over,” the senators wrote.
Speaking to reporters in the United Kingdom on Friday before the indictments became public, Trump pledged to raise the 2016 election meddling issue during his sit-down with Putin. But he has also seemed to suggest that there is not much he can do to push back against the Russian leader’s denials.
“He (Putin) may deny it,” Trump said Thursday during the NATO summit in Brussels, Belgium, adding, “So all I can do is say, ‘Did you?’ and ‘Don’t do it again.'”
But in a tweet Saturday morning, Trump did not criticize Putin or condemn Russia’s actions.
“The stories you heard about the 12 Russians yesterday took place during the Obama Administration, not the Trump Administration,” Trump wrote. “Why didn’t they do something about it, especially when it was reported that President Obama was informed by the FBI in September, before the Election?”
Later Saturday, Trump continued what has become a familiar refrain from him, repeating his past assertions that former President Barack Obama soft-pedaled actions over Russia’s interference in the 2016 election because he thought Hillary Clinton was on a path to winning and did not want to do anything to alter that seemingly likely outcome.
“These Russian individuals did their work during the Obama years,” Trump wrote on Twitter. “Why didn’t Obama do something about it? Because he thought Crooked Hillary Clinton would win, that’s why. Had nothing to do with the Trump Administration, but Fake News doesn’t want to report the truth, as usual!”
Obama, however, personally warned Putin against messing with the election, imposed sanctions on Russian individuals and entities, kicked out 35 Russian diplomats and closed two of the Kremlin’s compounds in the United States.
In a separate letter sent last Monday, leading foreign-policy Democrats also urged Trump to hold Putin accountable for Russia’s destabilization efforts, including election meddling.
Trump raised the meddling issue during his first meeting with Putin on the sidelines of the G20 summit in Hamburg last year. But afterward, the US and Russia had different accounts of what was said during the two leaders’ more-than-two-hour discussion. Then-Secretary of State Rex Tillerson said Trump had pressed Putin on the matter, while the Russian foreign minister said Trump had accepted Putin’s denials that Russia interfered in the election.