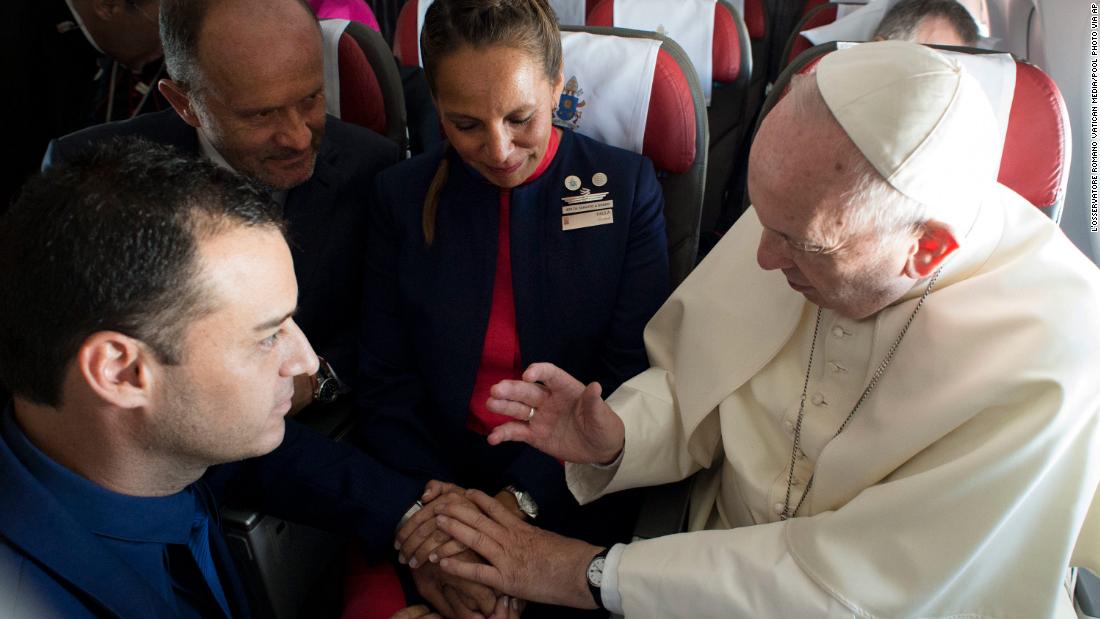 (CNN)As far as Catholic weddings go, it’s pretty hard to beat being married by the Pope. On an airplane.

Vatican officials say it marks the first time a pope has married a couple on a papal plane.
It all started when the pair, Paula Podest Ruiz and Carlos Ciuffardi Ellorriaga, began chatting with the pontiff when they were seated next to him during a group photo shoot. The plane was ferrying the Pope on a short flight from Santiago to the northern city of Iquique. 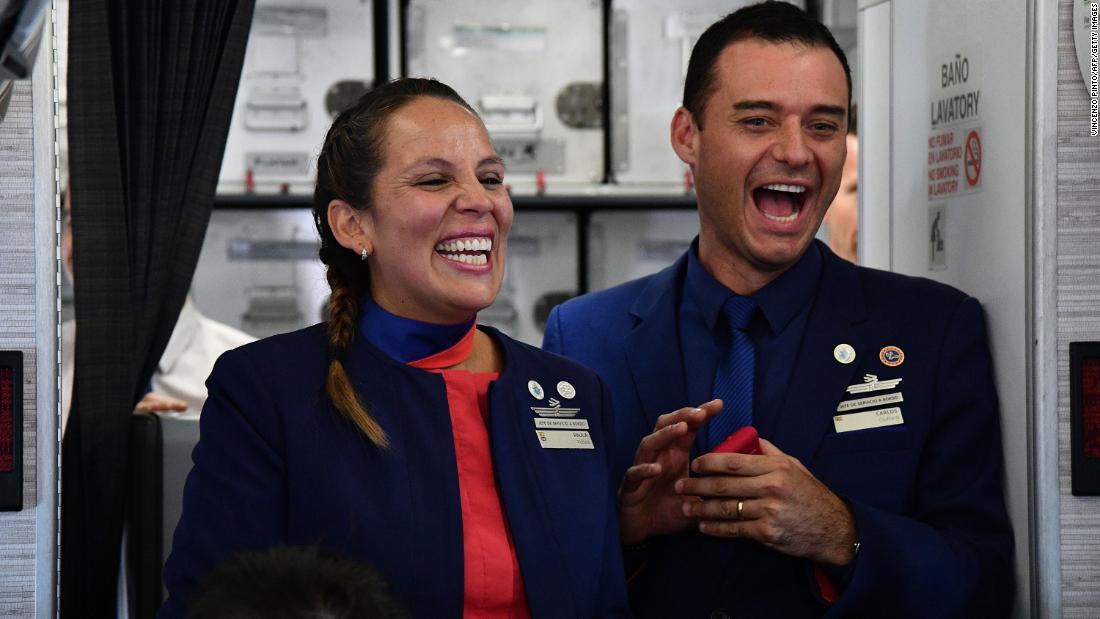 Pope Francis asked them if they were married and the couple told him they had been scheduled to be wed when the 2010 Chile earthquake hit, destroying the church where they were to tie the knot.
Life went on for the two flight attendants, who had met at work — Podest is Ciuffardi’s boss — and have two children: Rafaela, 6, and Isabela, 3. They were married civilly, with the legal documents to prove it, but they’d never had a formal wedding ceremony before an official of the church.
The excited couple explained to CNN and other journalists on the papal plane that it was Francis’ idea to marry them. He first asked them, “Are you sure?” They responded, “Okay!” 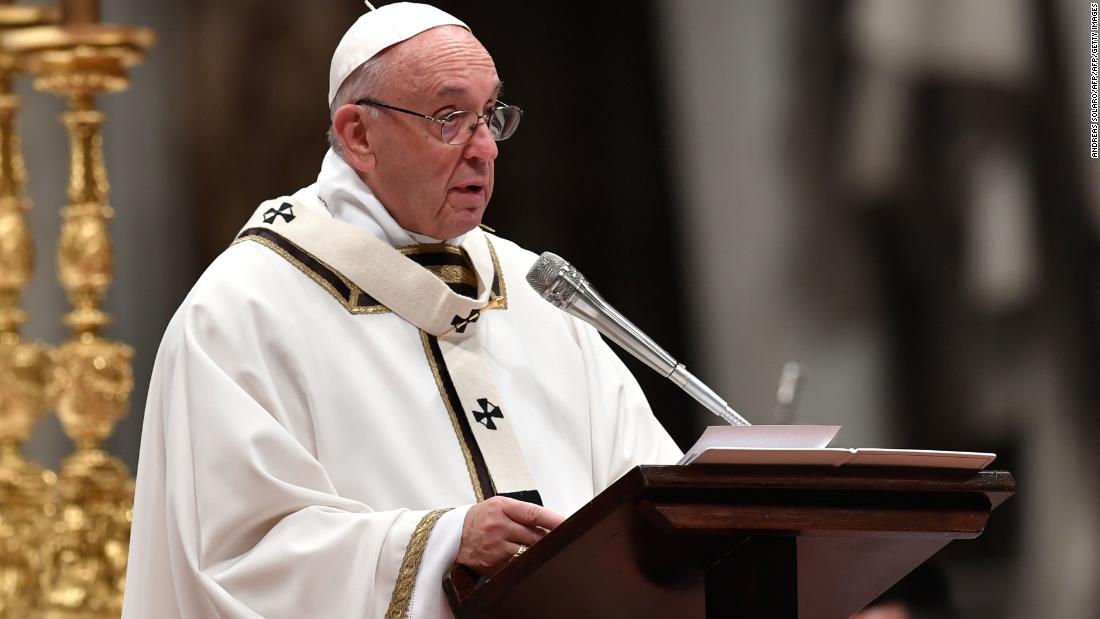 According to the couple, Pope Francis blessed their rings and then said “we need a witness.” Ciuffardi turned around and asked his boss, the CEO of the airline, to serve as witness.
Then the Pope asked his cardinals to draft the paperwork, Ciuffardi said. One cardinal aboard the flight drafted the wedding certificate on a sheet of paper from the airline by hand. The document was signed by Pope Francis, the couple and the witness.
Pope Francis gave the bride a white rosary and the groom a black rosary.
At one point the Pope asked Ciuffardi, “Is she still the boss?” Ciuffardi laughed and answered, “Yes, she is.” 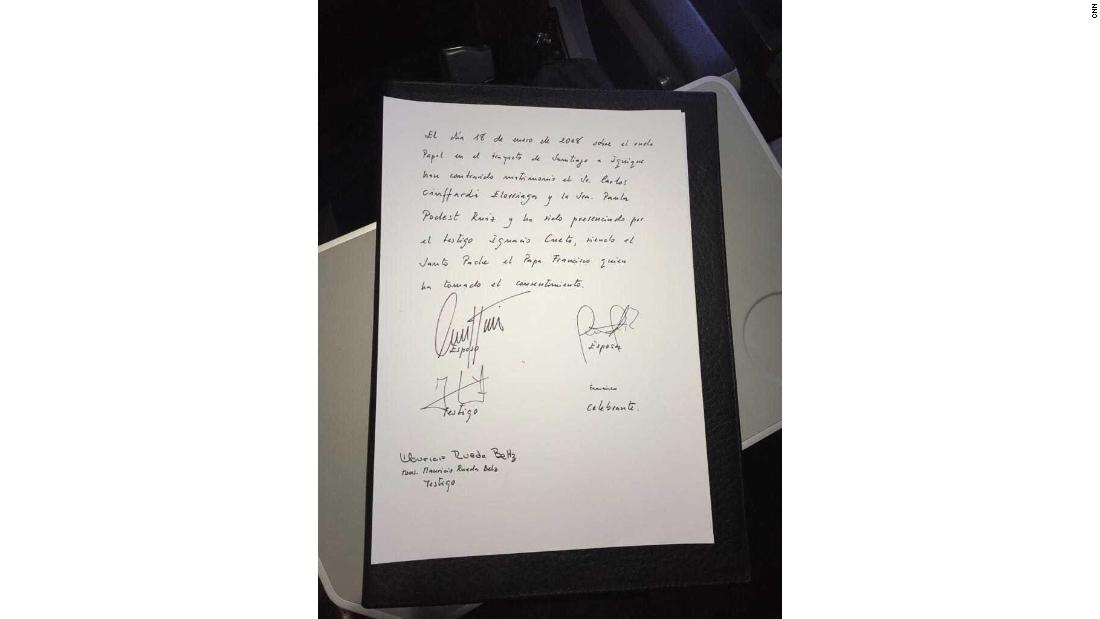 Ciuffardi told reporters that the Pope told them, “This is the sacrament that is missing in the world, the sacrament of marriage. I hope this motivates couples around the world to marry.”
Podest was a bit quiet during the interview because she was still in shock. Both she and her new husband said they were overwhelmed with emotion.
The couple plans to celebrate with coworkers in Iquique and then have a “tiny honeymoon,” said Ciuffardi. They fly back home Friday — with a remarkable story to tell.