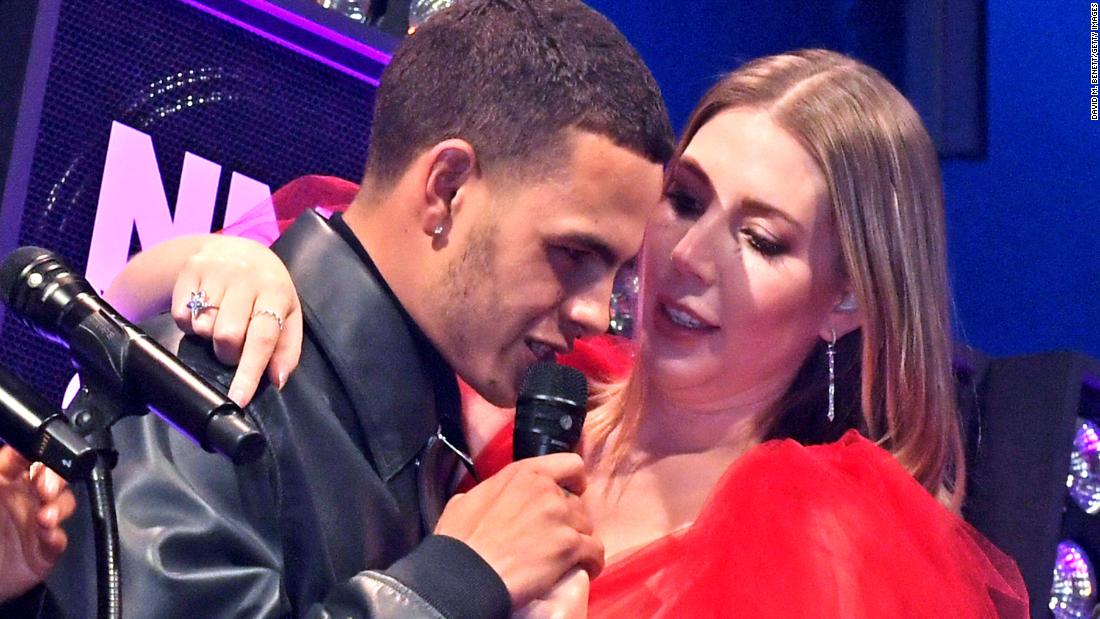 In a statement shared on Twitter Thursday, Slowthai said what began as a joke “escalated to a point of shameful actions on my part.”
“Please forward my award to @kathbum [Ryan] for she is the hero of the year,” he wrote.
“I want to unreservedly apologise, there is no excuse and I am sorry. I am not a hero.”
In a second tweet, he described Ryan as a “master at your craft” and promised to “leave the comedy to you.”
He added: “To any woman or man who saw a reflection of situations they’ve been in in those videos, I am sorry. I promise to do better. Let’s talk here.”
Footage from the annual ceremony, held at the O2 Academy in London, showed Slowthai pulling Ryan towards him and inviting her to smell his cologne before telling the audience: “She wants me to tend to her flowers.”
He also referred to her as “baby girl” and told her “if you want to do something, see me later.”
When he returned to the stage to collect his award he was taunted by a member of the audience.
Events escalated as Slowthai dropped his microphone into the crowd, before hurling his glass and launching off the stage before being restrained by security. 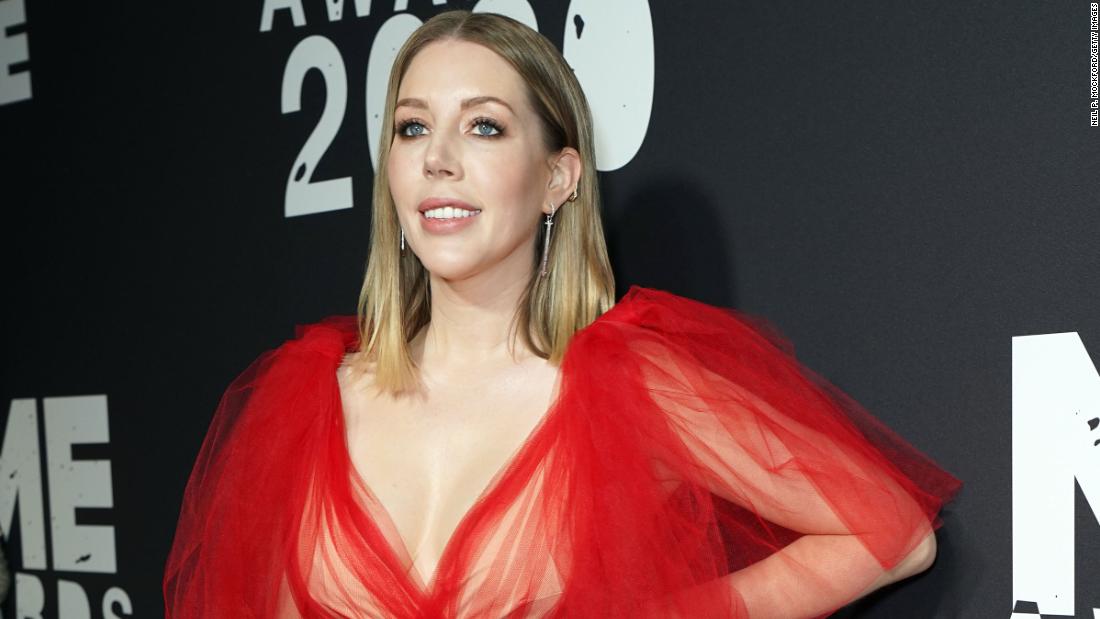 Ryan responded to Slowthai’s tweet on Thursday, telling him knew he was “joking” and congratulating him on his album.
“I hope you know that a bad day on social media passes so quickly. Everything will be better tomorrow,” Ryan wrote.
The comedian said in an earlier post that she did not feel “uncomfortable” during the interaction, emphasizing that: “This is why we need women in positions of power.”
“I knew he had lost from the moment he opened his mouth like any heckler coming up against a COMIC – not a woman – a COMIC,” the 36-year-old Canadian continued. “I was operating 2/10. What a sweet boy. I defused it.”
Despite the onstage drama, Ryan insisted the event was “fun.”
A spokeswoman for the Metropolitan Police told CNN no complaints about the incident have been made and the police were not called to attend the event.
Slowthai’s debut album, “Nothing Great About Britain,” was nominated for the 2019 Mercury Prize.