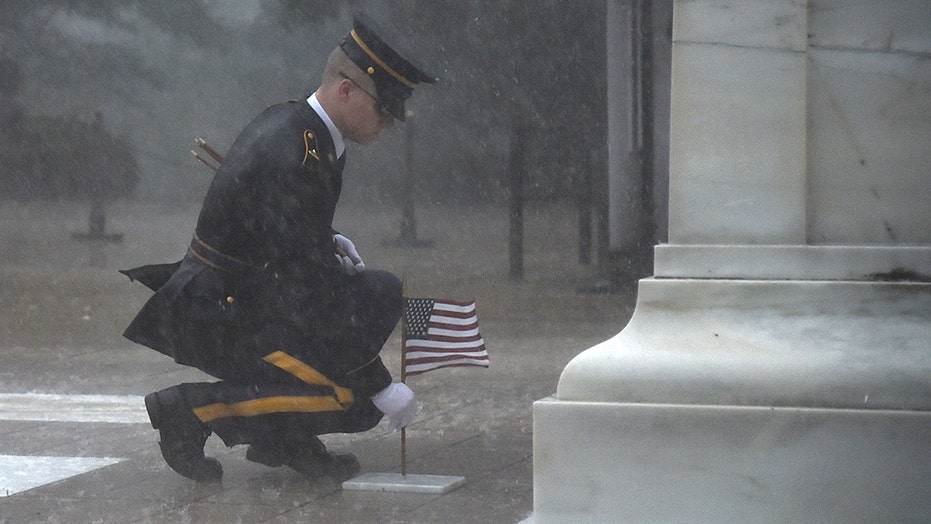 A severe thunderstorm Thursday failed to stop a sentinel from placing a flag at the Tomb of the Unknown Soldier. (3d U.S. Infantry Regiment)

“With only a few watching from cover, a Tomb Sentinel approached the Unknowns with U.S. flags in hand. As thunder shook the ground and rains washed down without abandon, the Tomb Sentinel pierced through the elements with breath-taking precision.

“He knelt and placed the flags in honor of the Unknowns. For the select few who saw this moment, it was jaw-dropping. Humans have their limits, but The Old Guard has yet to meet theirs.”

Thousands of homes in the D.C. area lost power in the storm which also knocked down a significant number of trees, WUSA-TV reported.