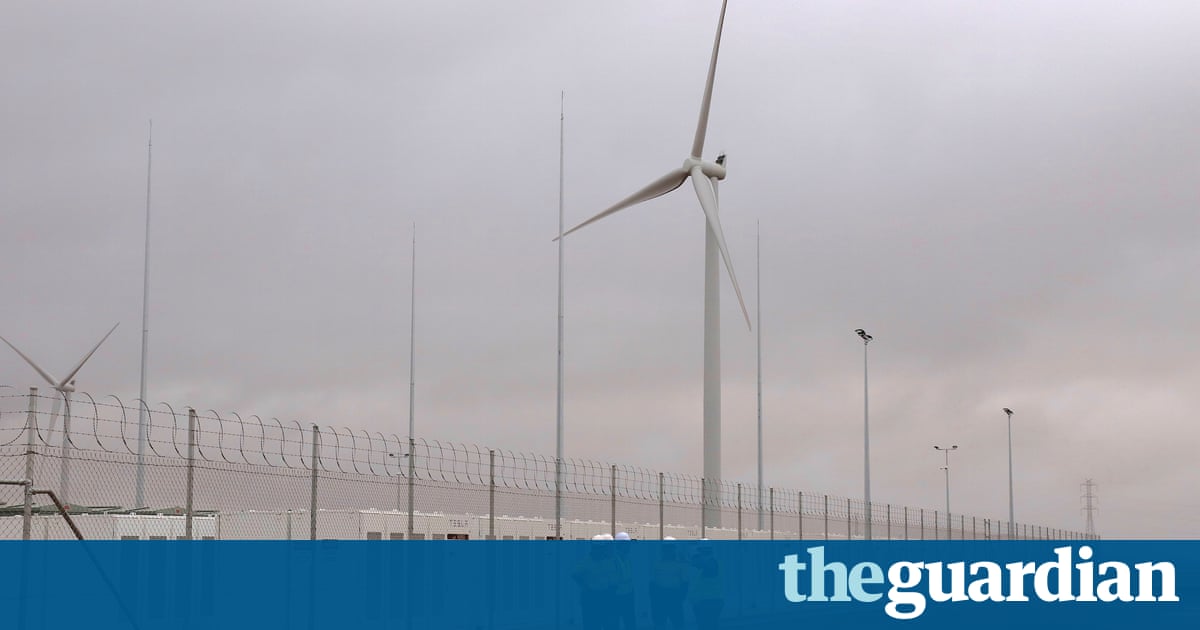 The worlds largest lithium-ion battery has officially been turned on in South Australia promising to usher in a revolution in how electricity is produced and stored.

Tesla boss Elon Musk has made good on his promise to build the 100-megawatt facility on deadline or provide it free after blackouts last year that critics of the states Labor government blamed on pro-renewable policies.

The battery had begun dispatching some power into the states electricity network on Thursday afternoon as temperatures rose above 30C.

The states premier, Jay Weatherill, flicked the switch at Jamestown on Friday, saying it was history in the making. I want to express my gratitude to the workers who have constructed this battery, they have every right to be proud of what they have constructed, he said in a statement.

In a dig at his critics in the federal government, he added: While others are just talking, we are delivering our energy plan, making South Australia more self-sufficient, and providing back up power and more affordable energy for South Australians this summer.

The worlds largest lithium ion battery will be an important part of our energy mix, and it sends the clearest message that South Australia will be a leader renewable energy with battery storage.

The battery is paired to the neighbouring Hornsdale Wind Farm, owned by French company Neoen, to bring greater reliability and stability to the states electricity grid.

It has the capacity to power 30,000 homes for up to an hour in the event of a blackout, but is more likely to be called into action to even out electricity supplies at less critical times.

Its production was brought about after a Twitter exchange between Musk and Australian tech billionaire Mike Cannon-Brookes, who challenged the Tesla boss to end SAs energy problems.

Musk responded that if he couldnt build a 100-megawatt battery in 100 days from signing the contract, he would provide it for free.

Tesla easily beat the deadline, finishing the project in about 60 days, though it did get a head start on construction.