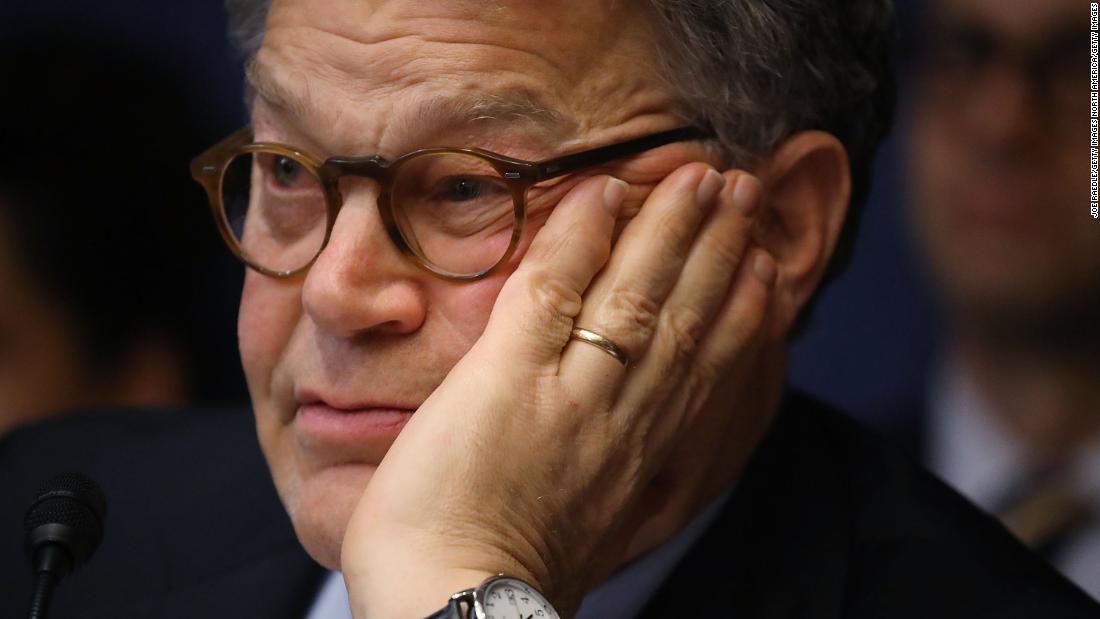 Washington (CNN)Minnesota Democratic Sen. Al Franken has no intention of stepping down, a Franken staffer told the Star Tribune on Saturday.

A spokesperson for Franken told the Minnesota paper “no” when asked if the senator would resign in the wake of a woman saying Franken forcibly kissed her and groped her while she slept in 2006.
“He is spending time with his family in Washington, DC, and will be through the Thanksgiving holiday,” the spokesperson said. “And he’s doing a lot of reflecting.”
Franken’s office did not immediately respond to a request to confirm or clarify the spokesperson’s comments to the newspaper.
Franken’s Senate colleagues have called for a Senate Ethics Committee investigation into his behavior, and in a statement, Franken apologized for his actions and said he welcomed an ethics probe into his conduct.
Woman says Franken groped, kissed her without consent in 2006
Leeann Tweeden, a radio news anchor in Los Angeles, went public with her story on Thursday. She wrote in a post on her station’s website that during a 2006 United Service Organizations tour, Franken badgered her and forced a kiss on her in the guise of a rehearsal for their USO performance. In her post, Tweeden included a photo of Franken grabbing her breasts while she slept.
The story has sparked speculation about Franken’s immediate and long-term political future and has continued to fuel the ongoing national reckoning with sexual assault and harassment.